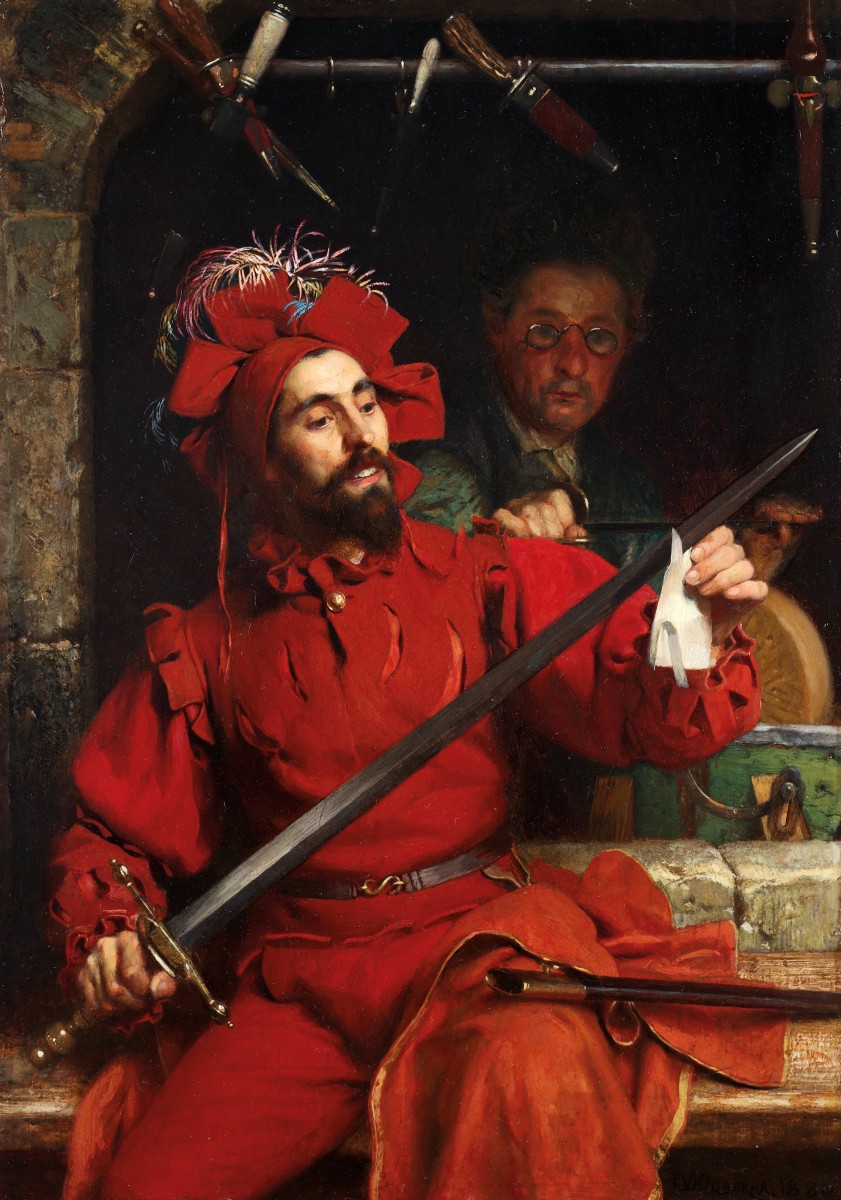 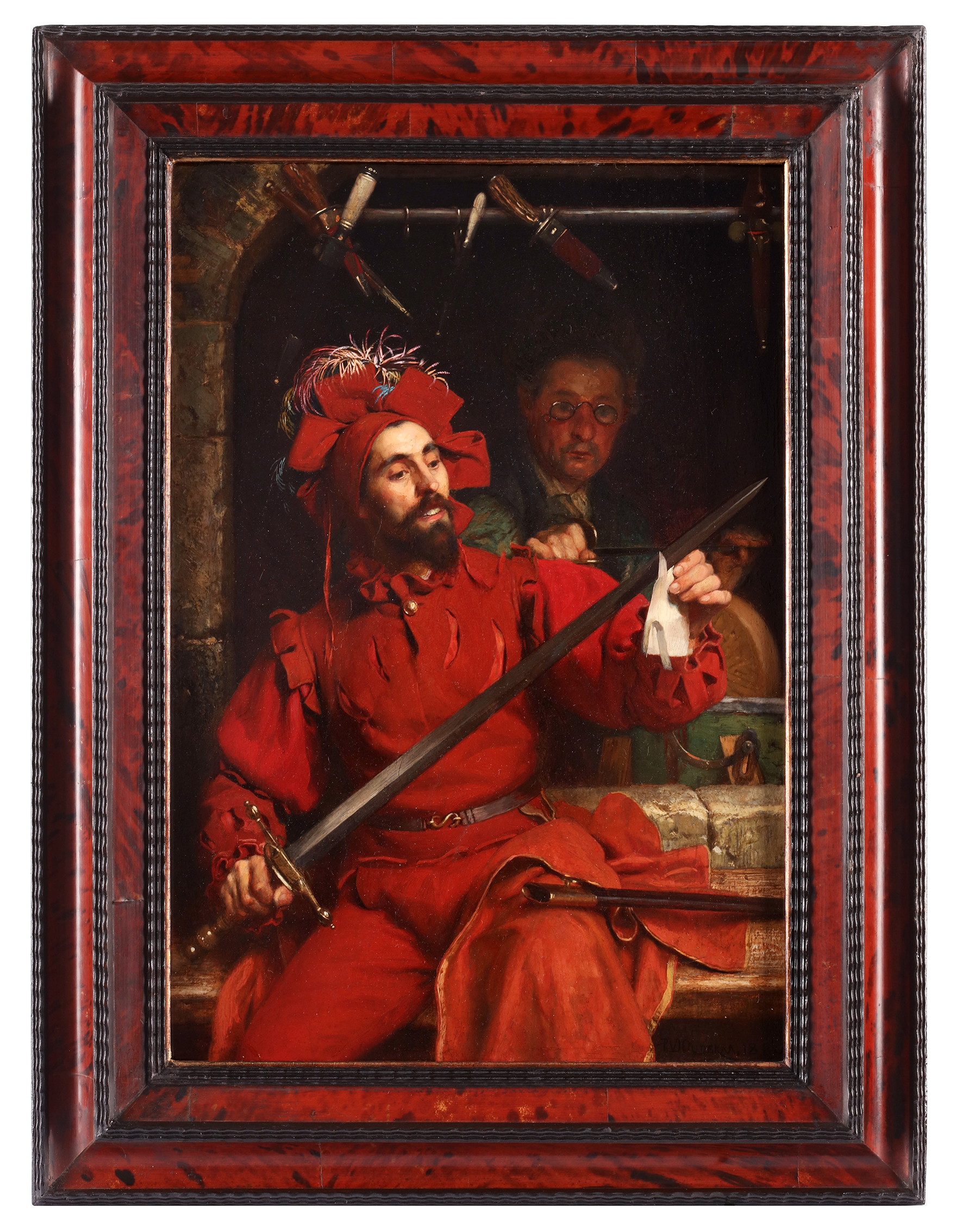 The swordsmith tending to his blade

Piet Van der Ouderaa was a Belgian painter, known for his painting 'De mondzoen,' with which he won the second prize in the Prix de Rome of 1865. Ouderaa's work is characterized by his technical perfection and realistic details.

In this work, we can see a man dressed in bright red clothes, polishing his sword, while in the background a swordsmith is sharpening the blade of another one. 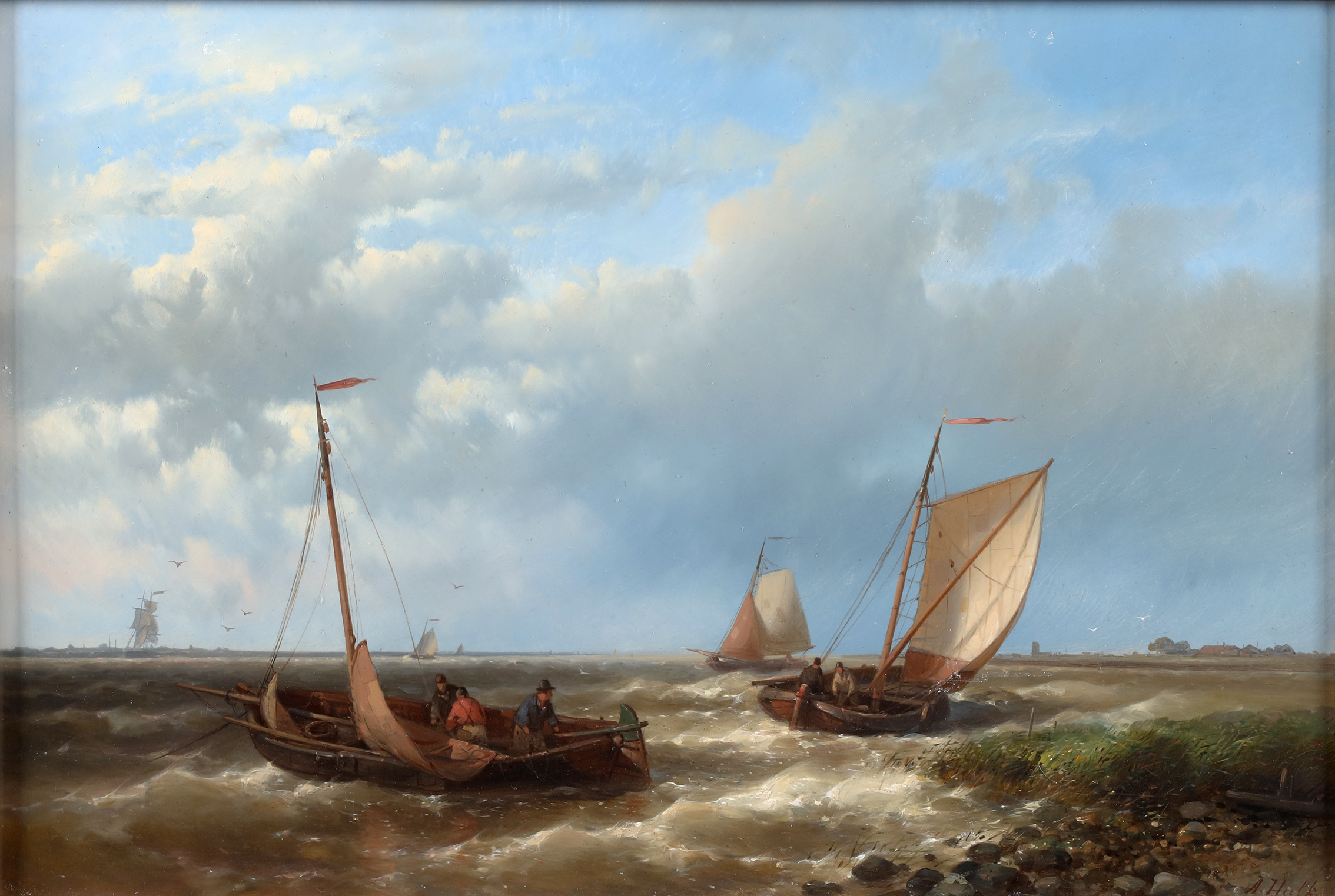 Ships near the shore 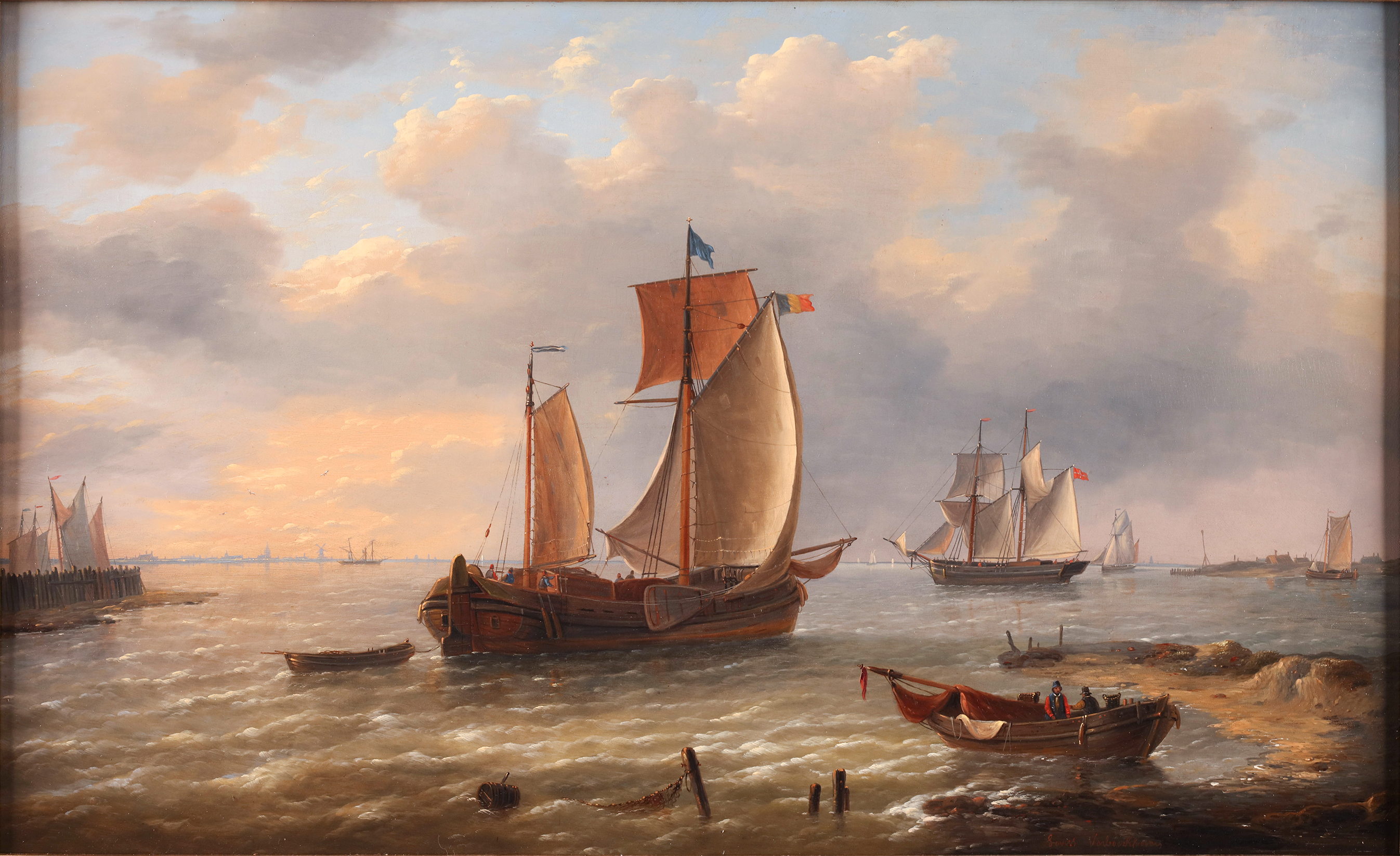 Ships near the harbour 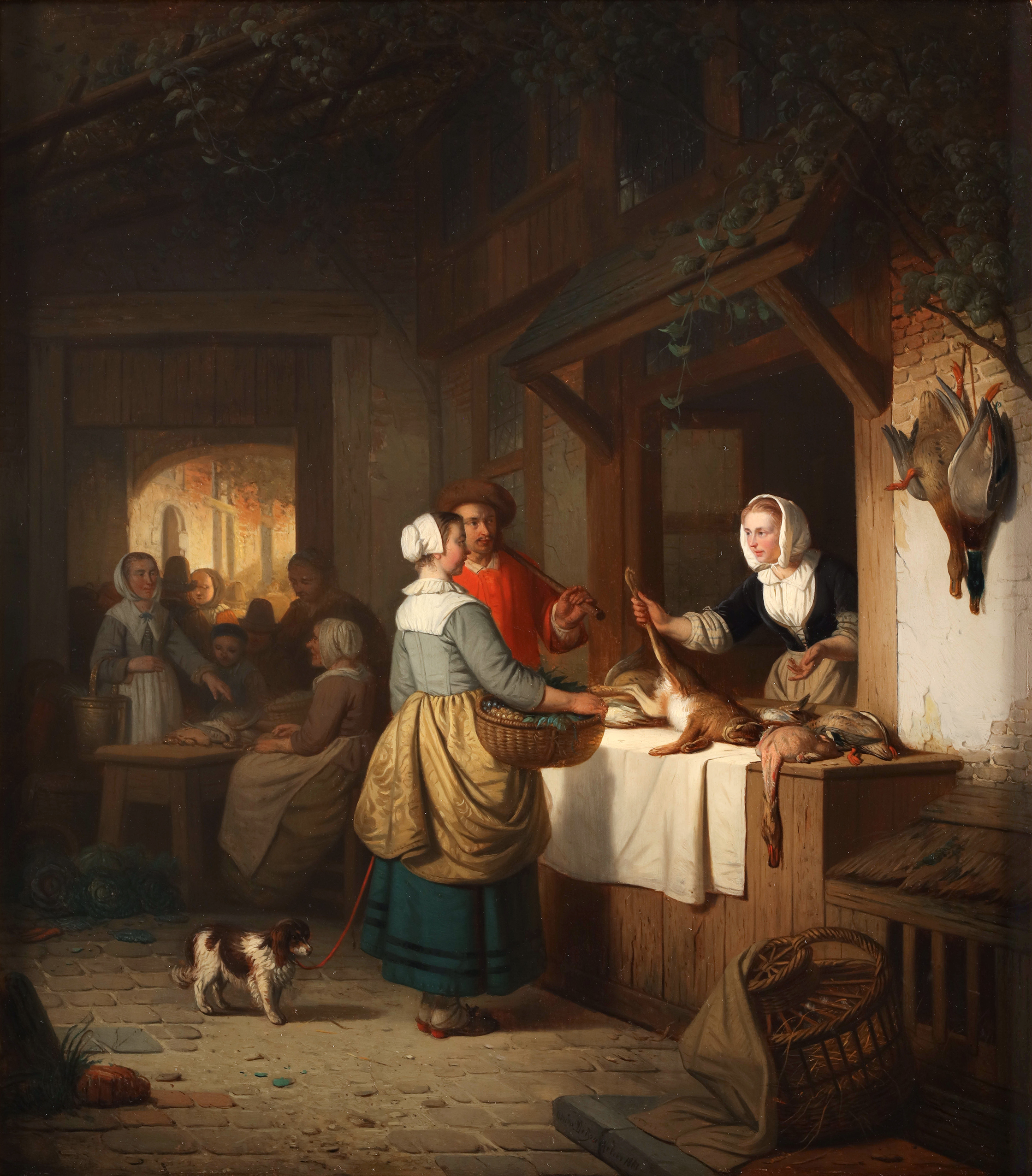 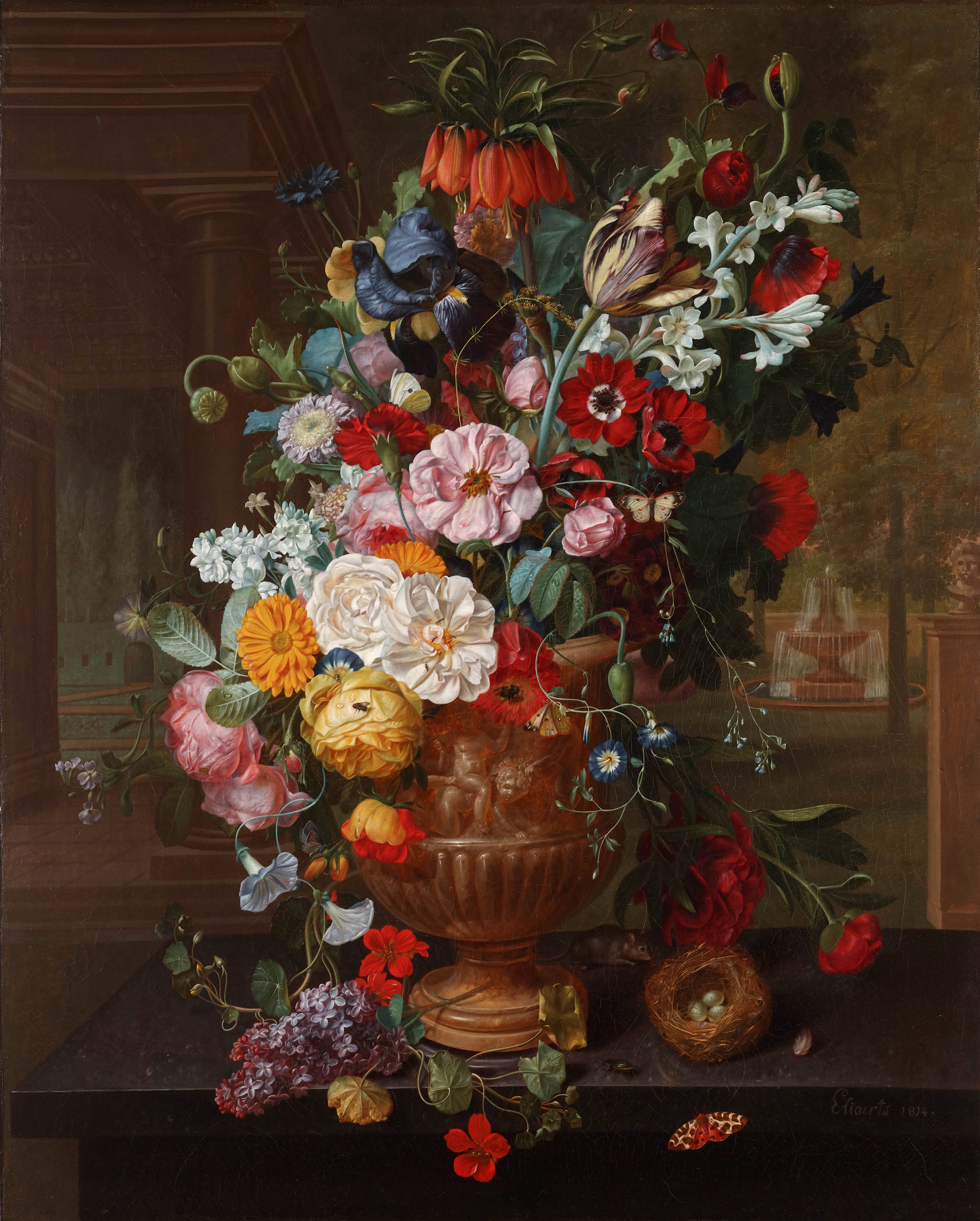 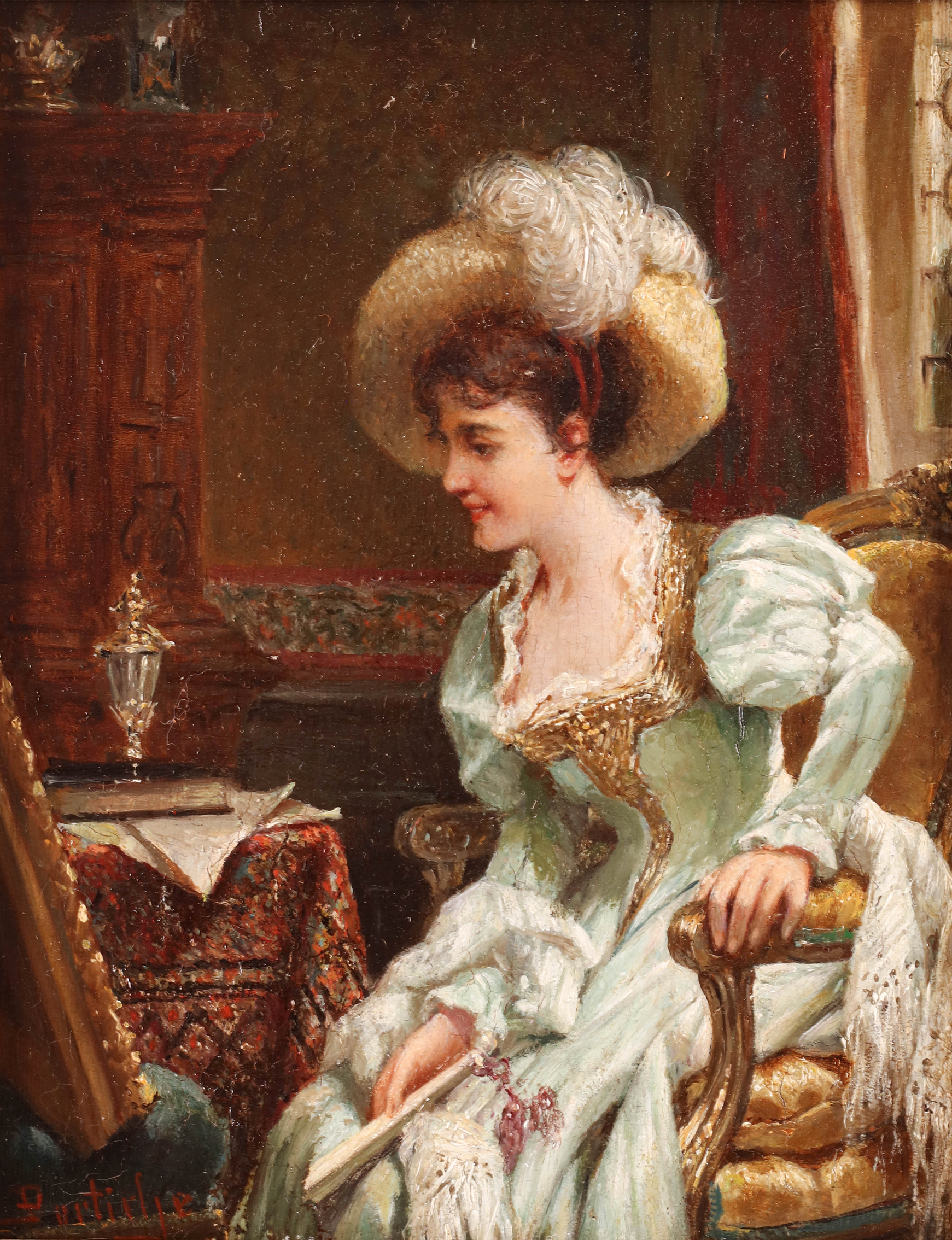 Young woman gazing at a painting 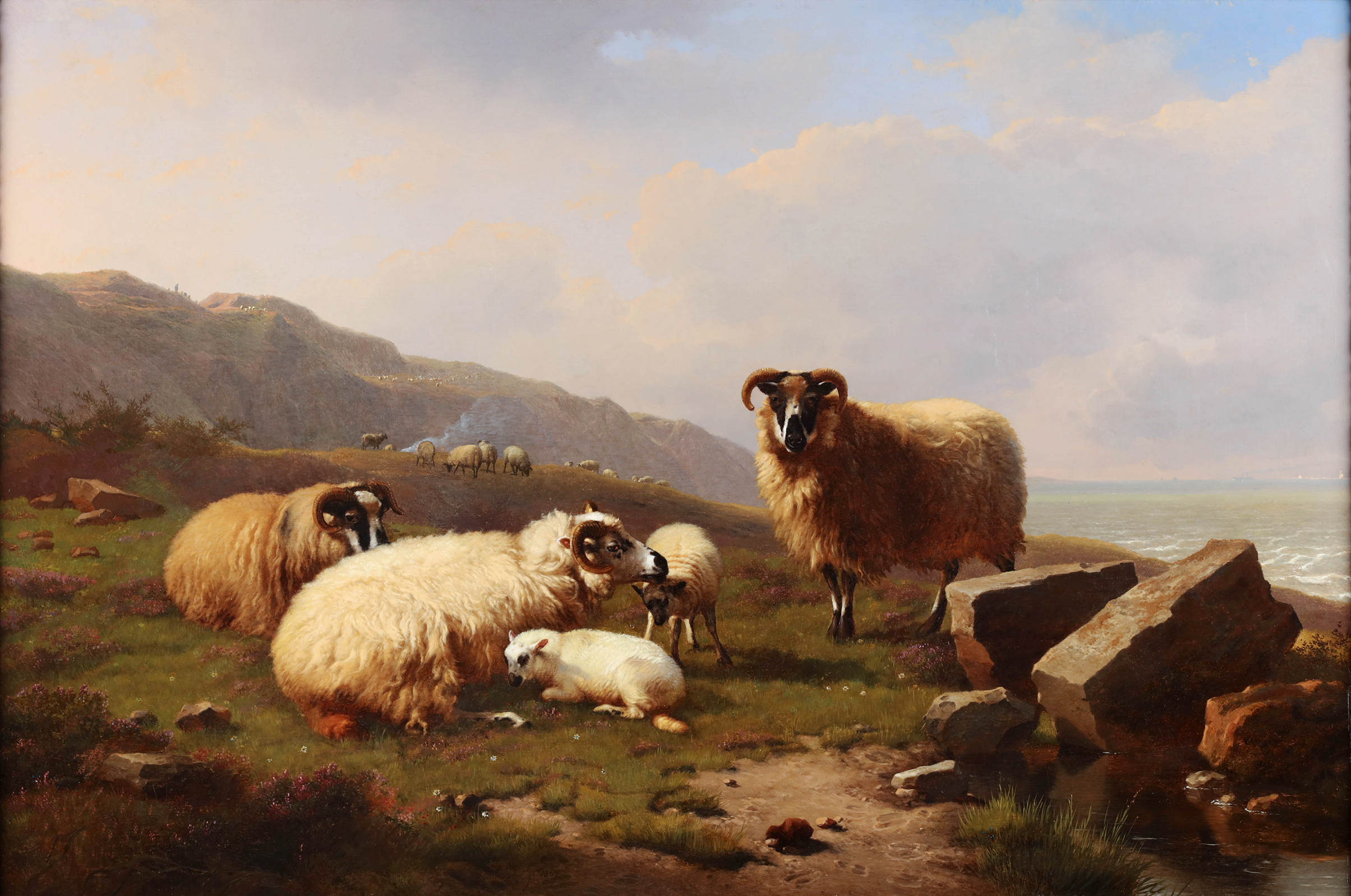 Sheep in a Scottish landscape near the sea 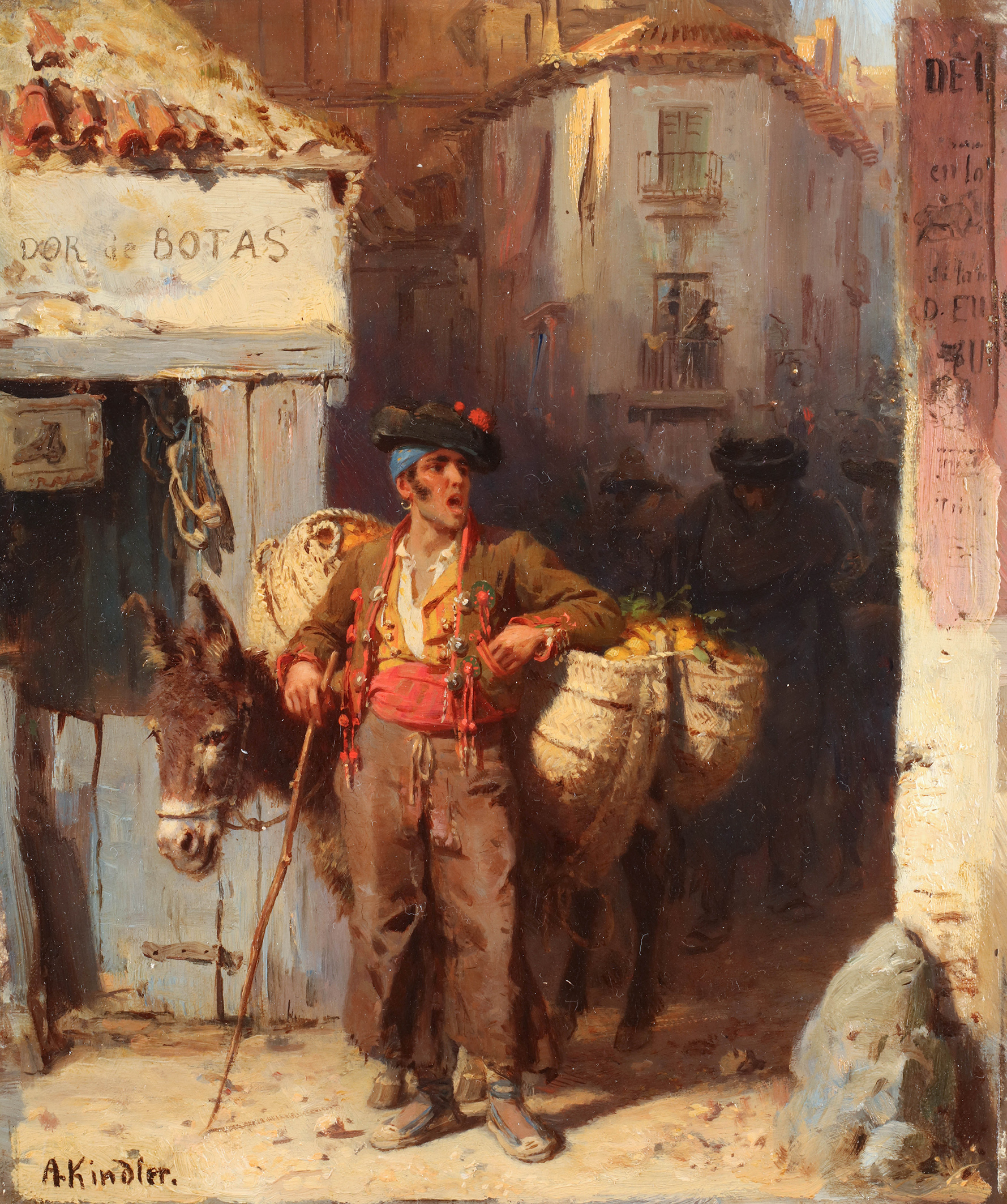 A Spanish merchant with his donkey carrying oranges 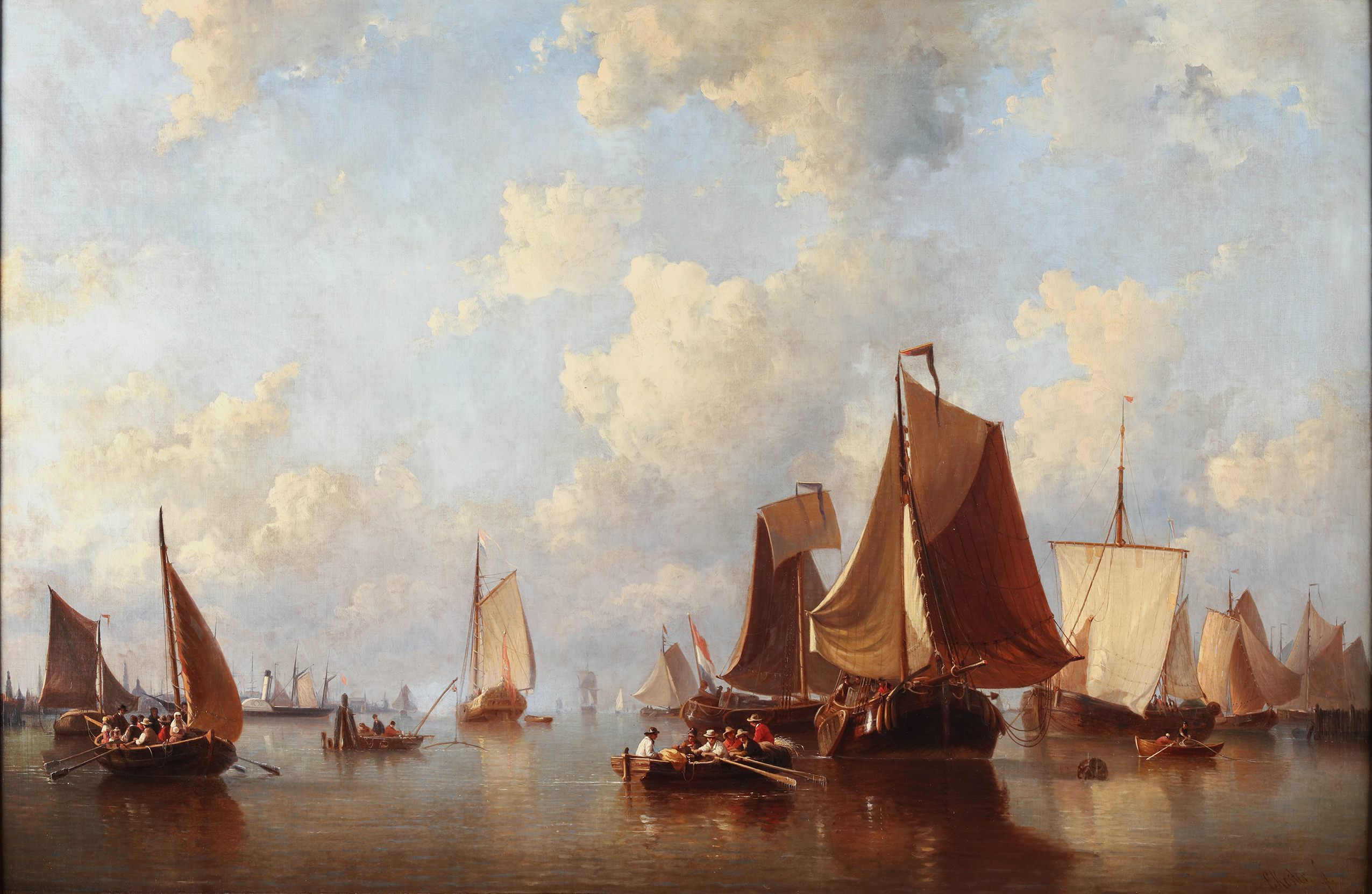 Ships near the port of Amsterdam 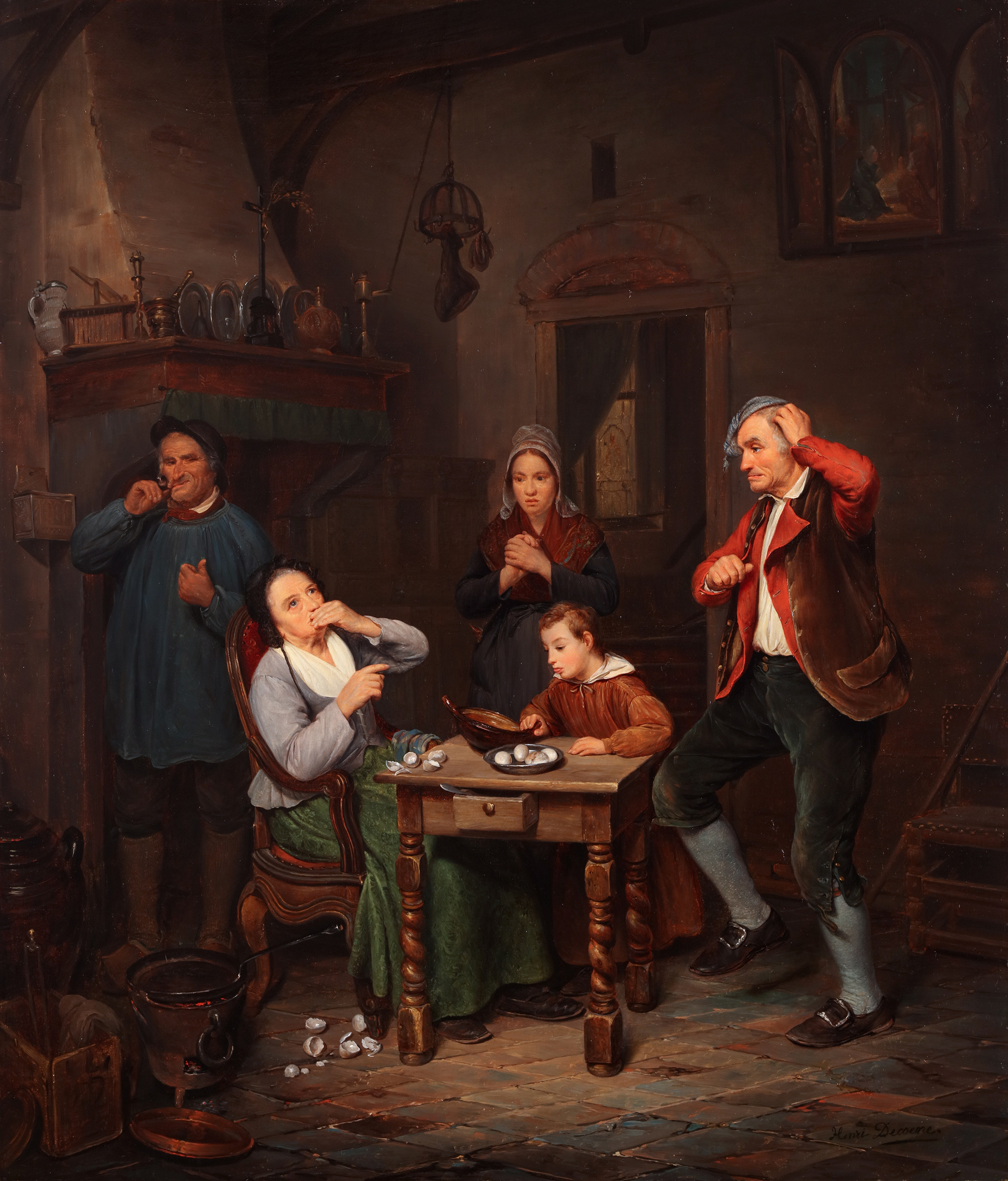