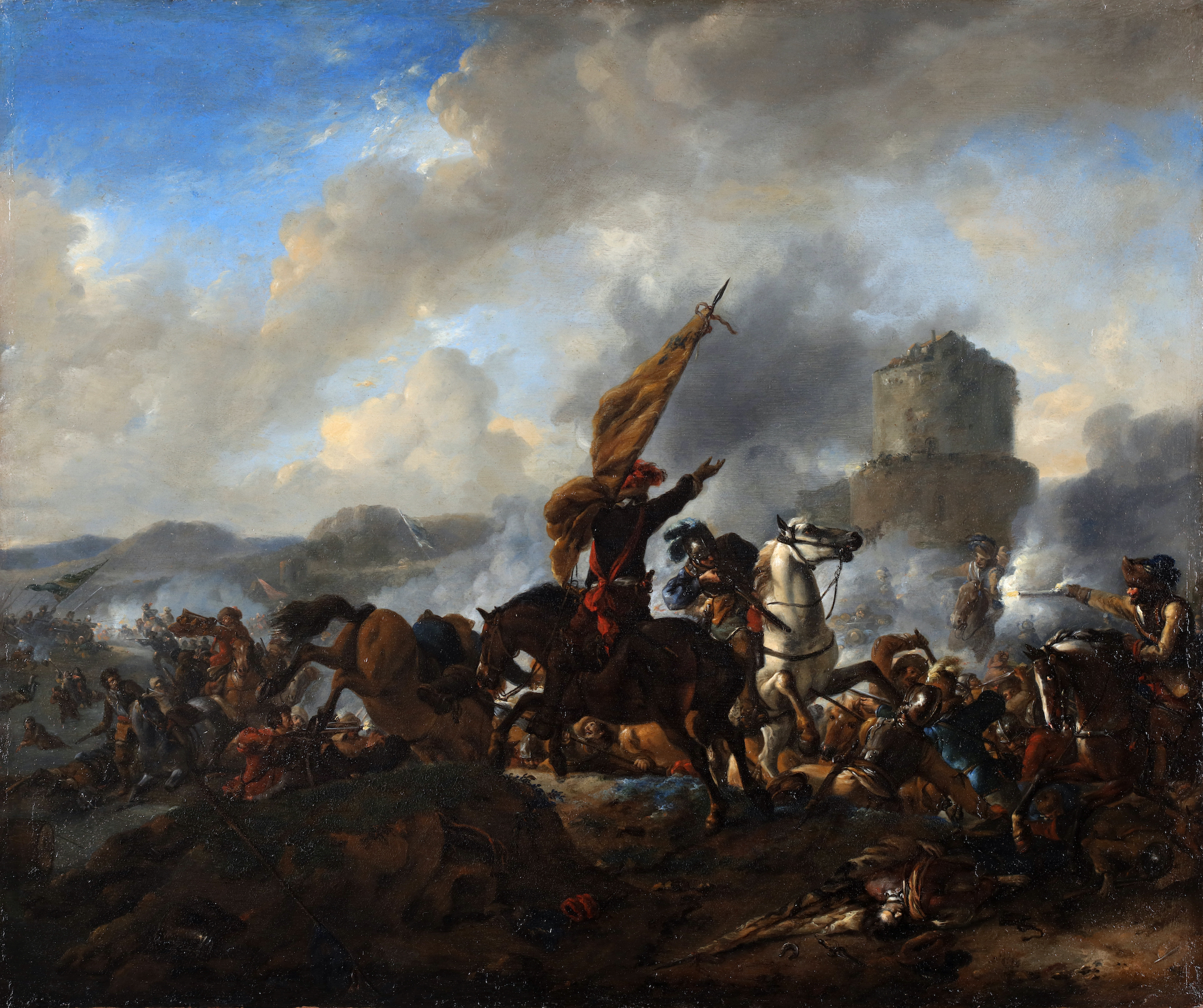 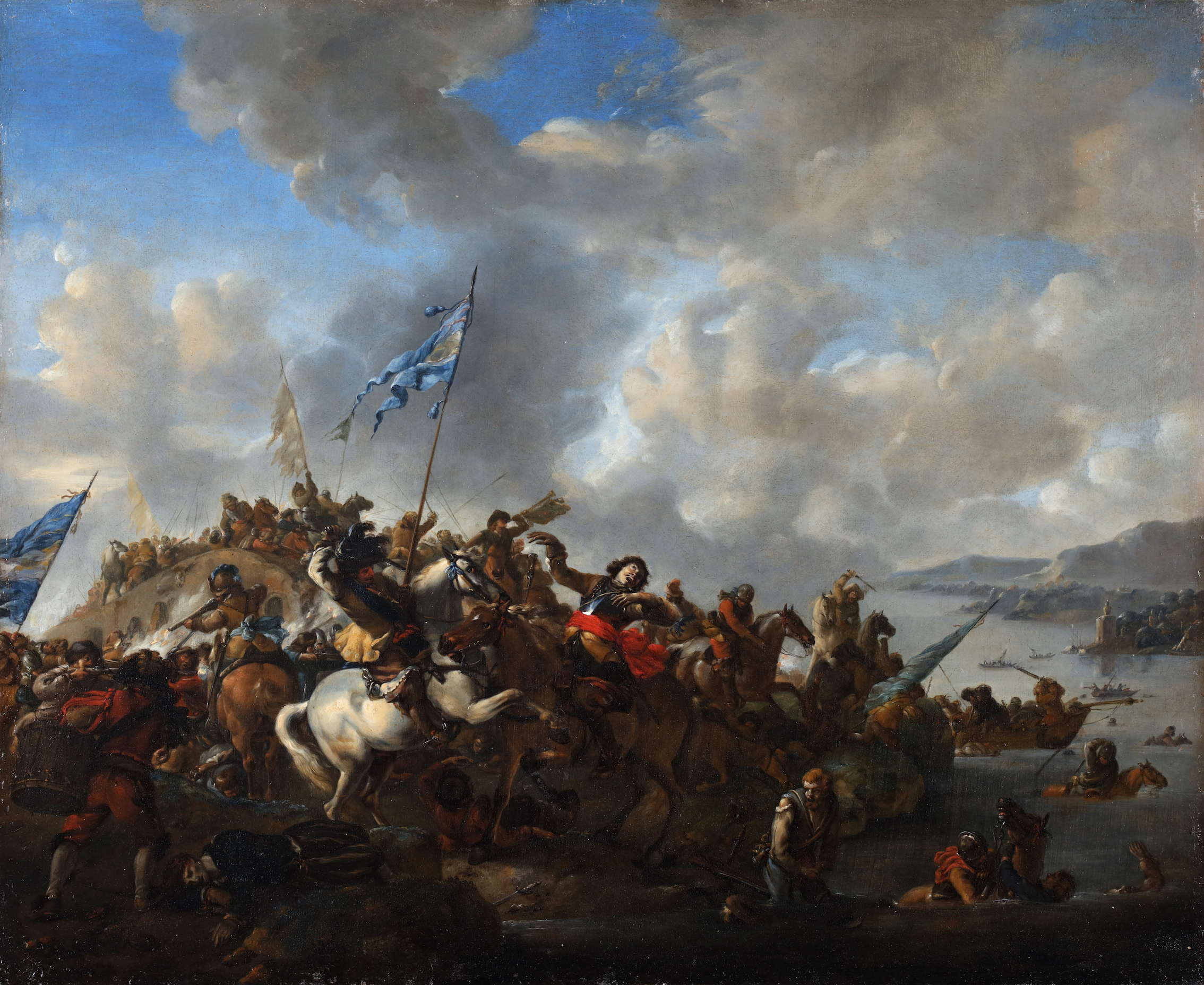 The battle of Zusmarshausen

Accompanied by an expert's report by Professor Dr. Jan de Maere dated 20 May 2021.

Description of the first painting:
The battle of Zusmarshausen on May 17, 1648 was the last major field battle of the Thirty Years' War that was fought on German soil. The troops of the emperor Ferdinand III and the Bavarian elector Maximilian I were defeated by the united French army under the Viscount of Turenne and the Swedish army under Carl Gustav Wrangel.
The attention is drawn to the center of the painting, where a rider on a brown horse is holding a long staff with a yellow flag of the imperial troops. Across from him we can see a soldier on a white horse, aiming his rifle at an enemy, ready to shoot. from the right another rider intervenes by shooting his pistol.
In the foreground on the right and in the background on the left we can see more fighting soldiers, some on horseback, some on foot. On the right-hand side in the background we can see a high stone tower, surrounded by billowing smoke which has darkened the sky.

Description of the second painting:
In this picture we can see a dramatic fight between men on horseback and on foot, some of the figures are already dead.
In the center of the painting we can see the imperial commander-in-chief Melander von Holzappel on a brown horse with a red cloth wrapped around his waist. He’s falling of his horse after the man on the white horse has struck him.
On the left side there is a drummer in red clothes, seen from the back. The fighting continues on a bridge in the background. To the right, a wide river stretches out, a few fighters and boats can be seen struggling in it.
The dramatic scene is unfolding under a high blue sky, somewhat darkened by clouds of smoke and coarse cloud formations. 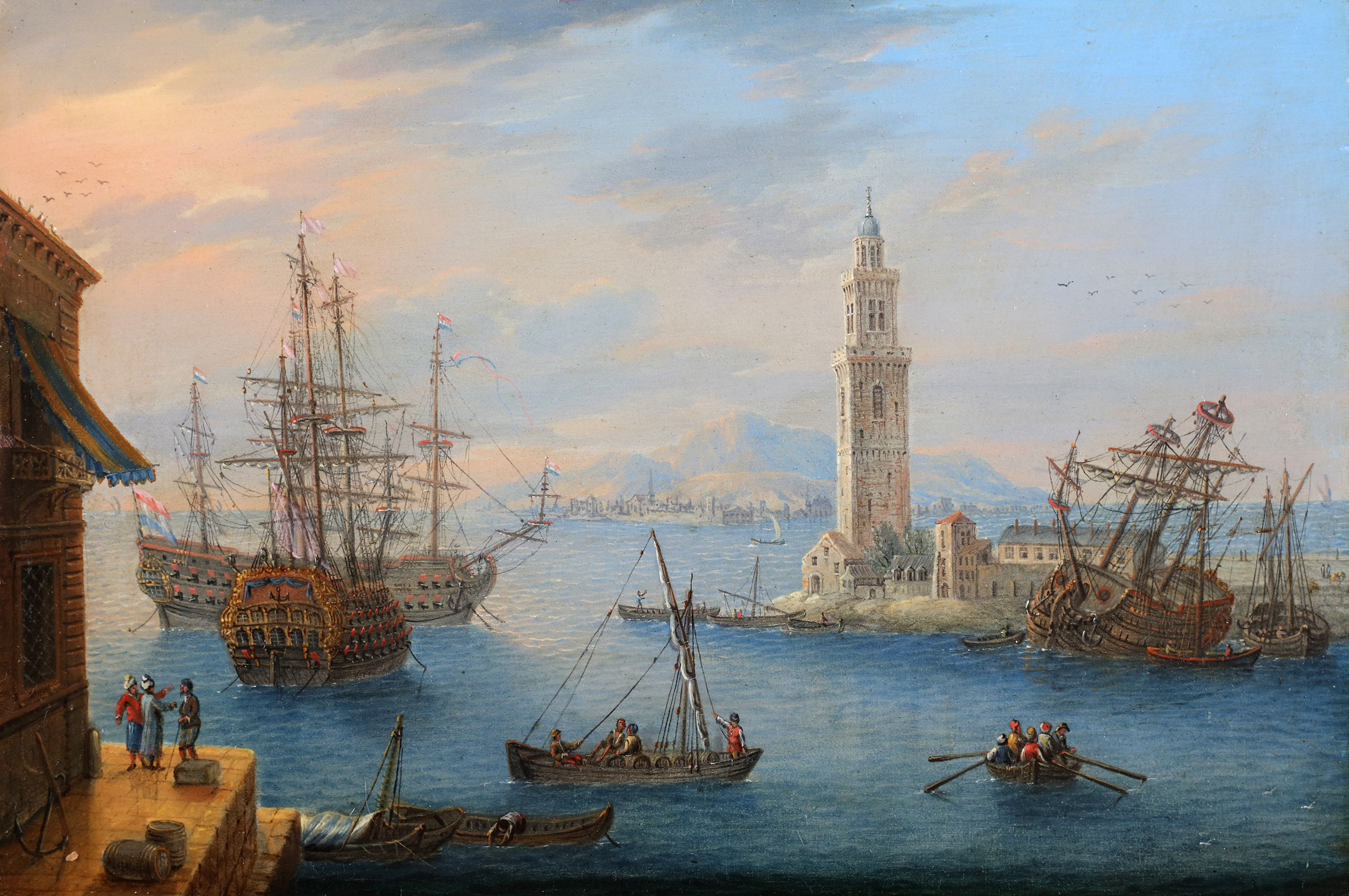 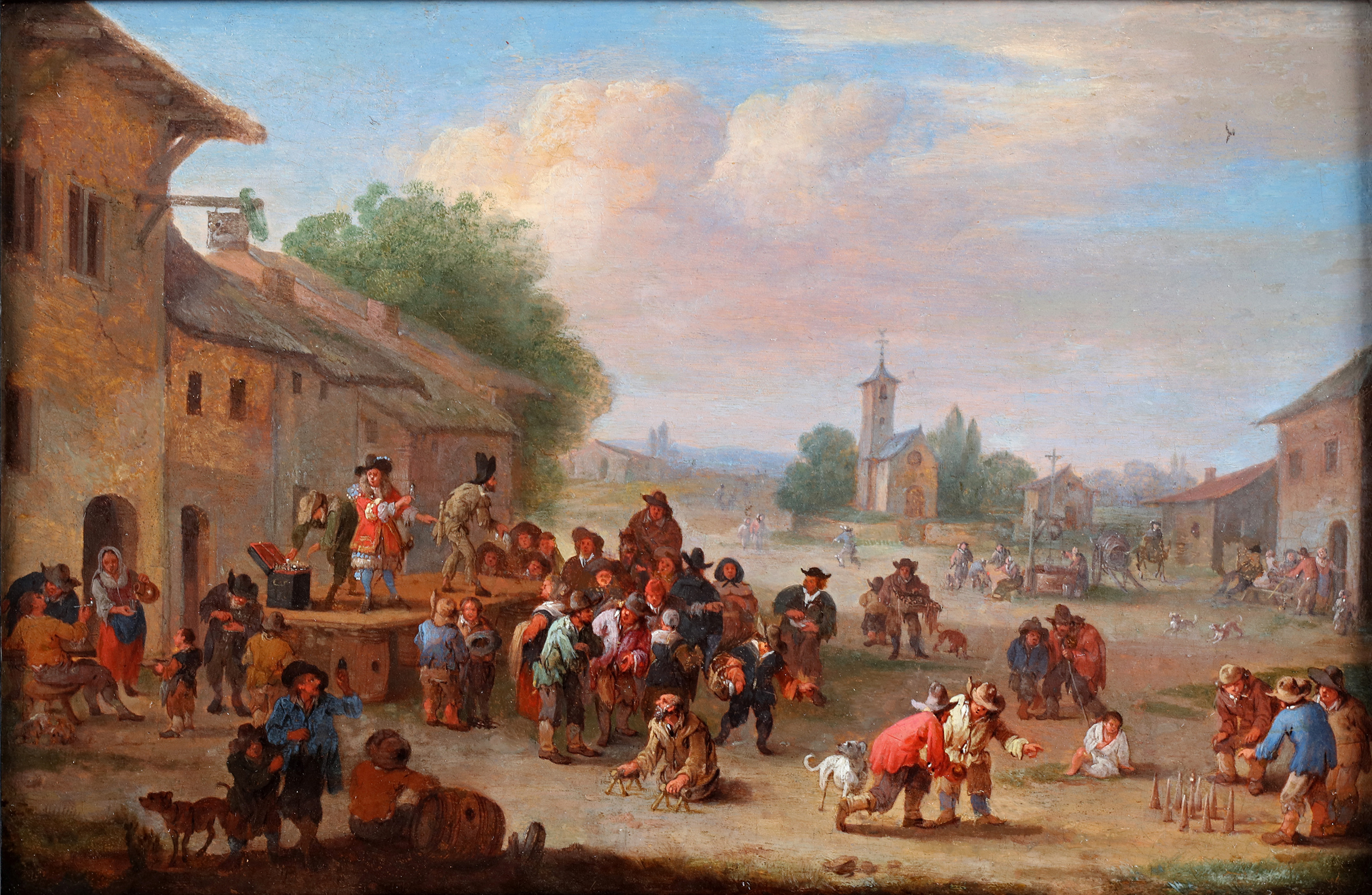 Festivities on the village square 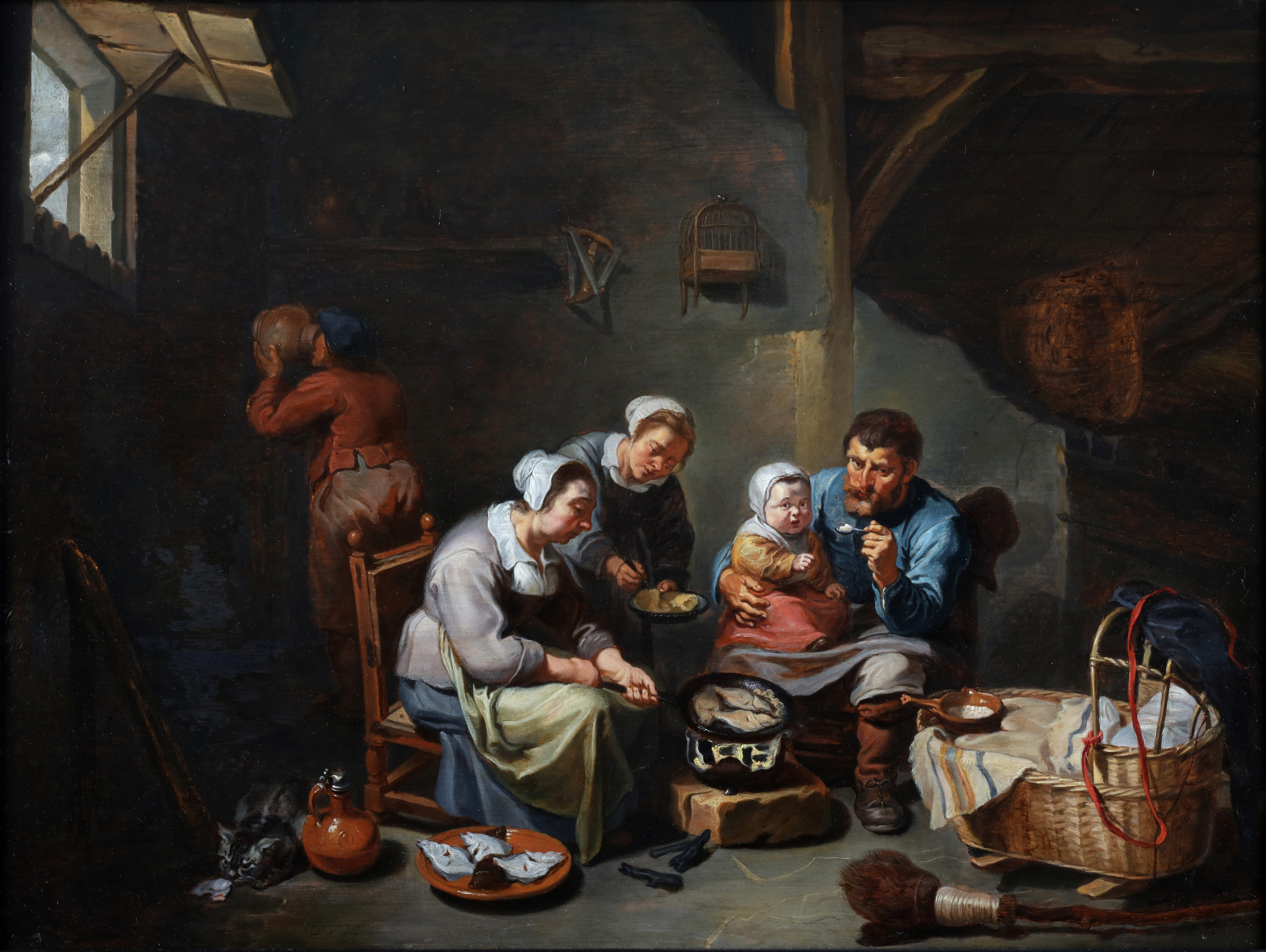 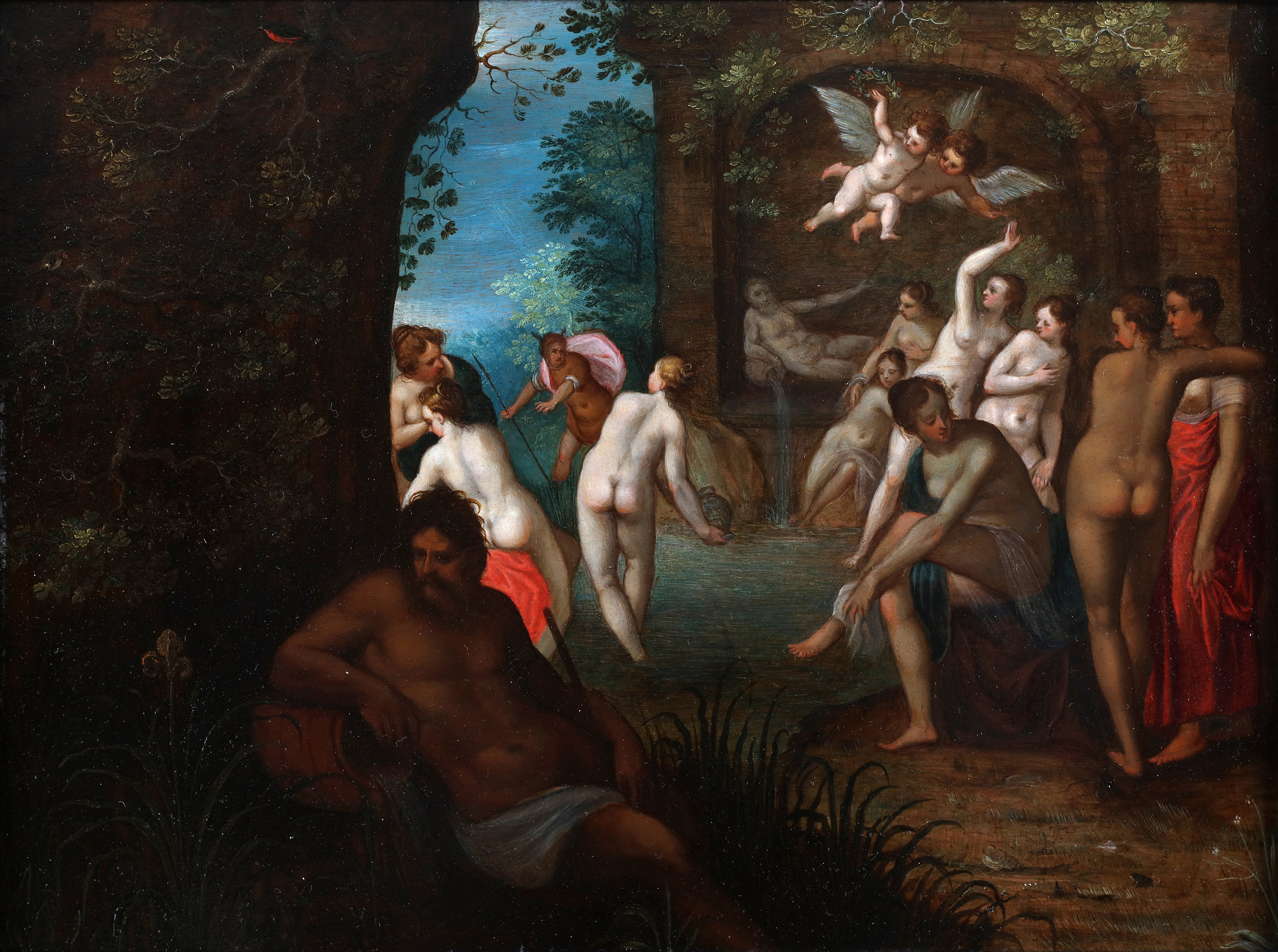 Diana and her companions bathing 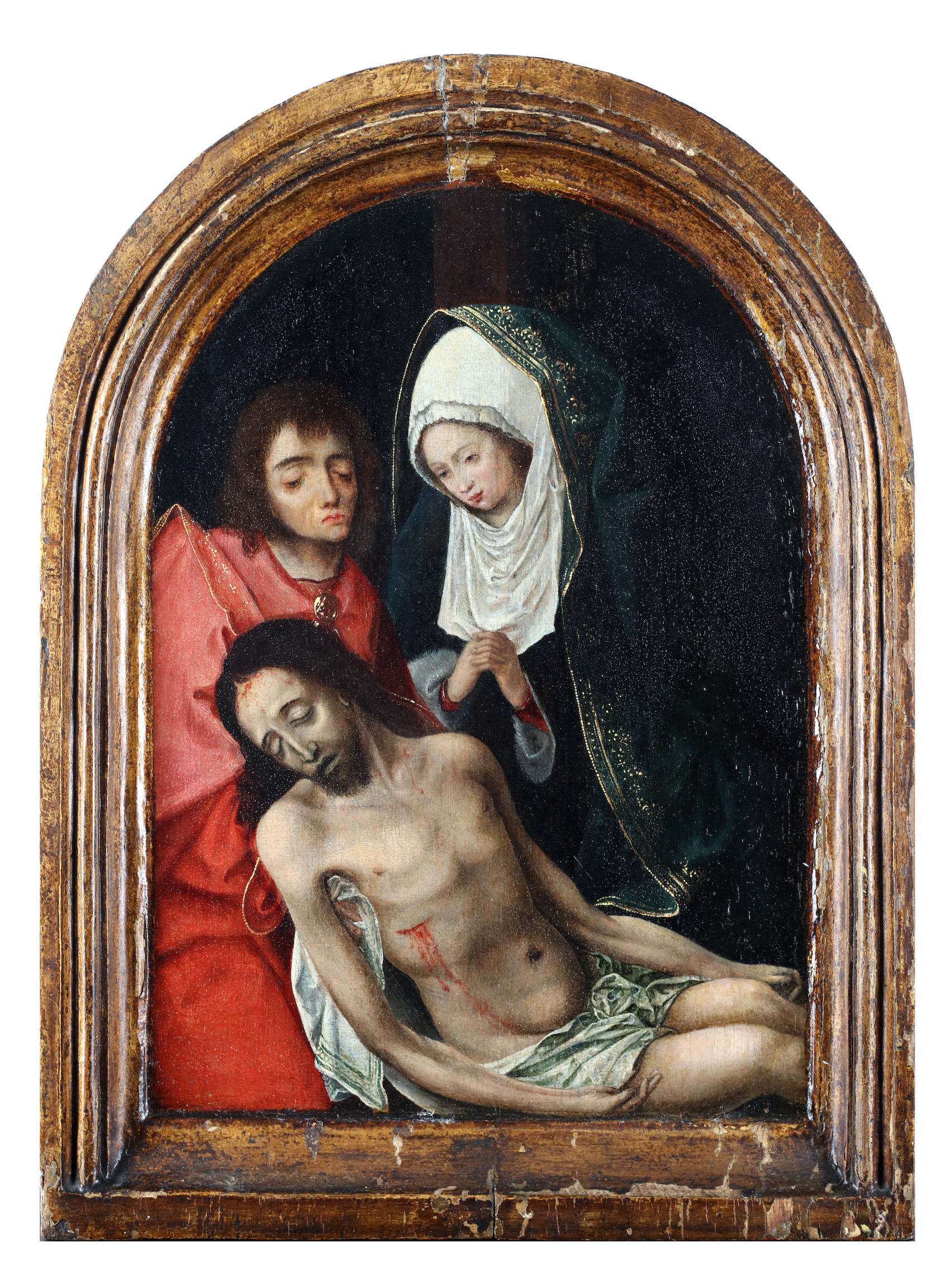 The lamentation of Christ 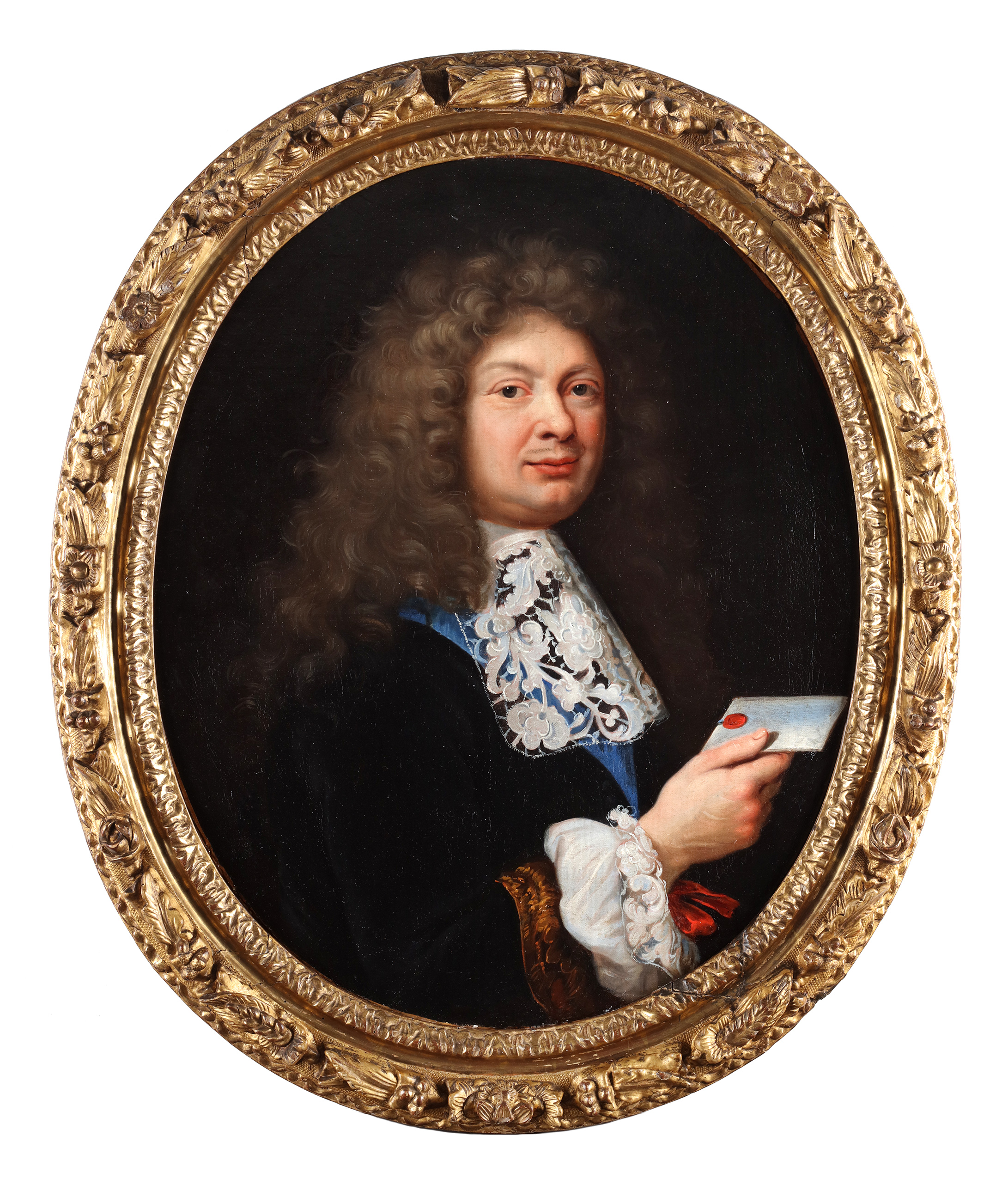 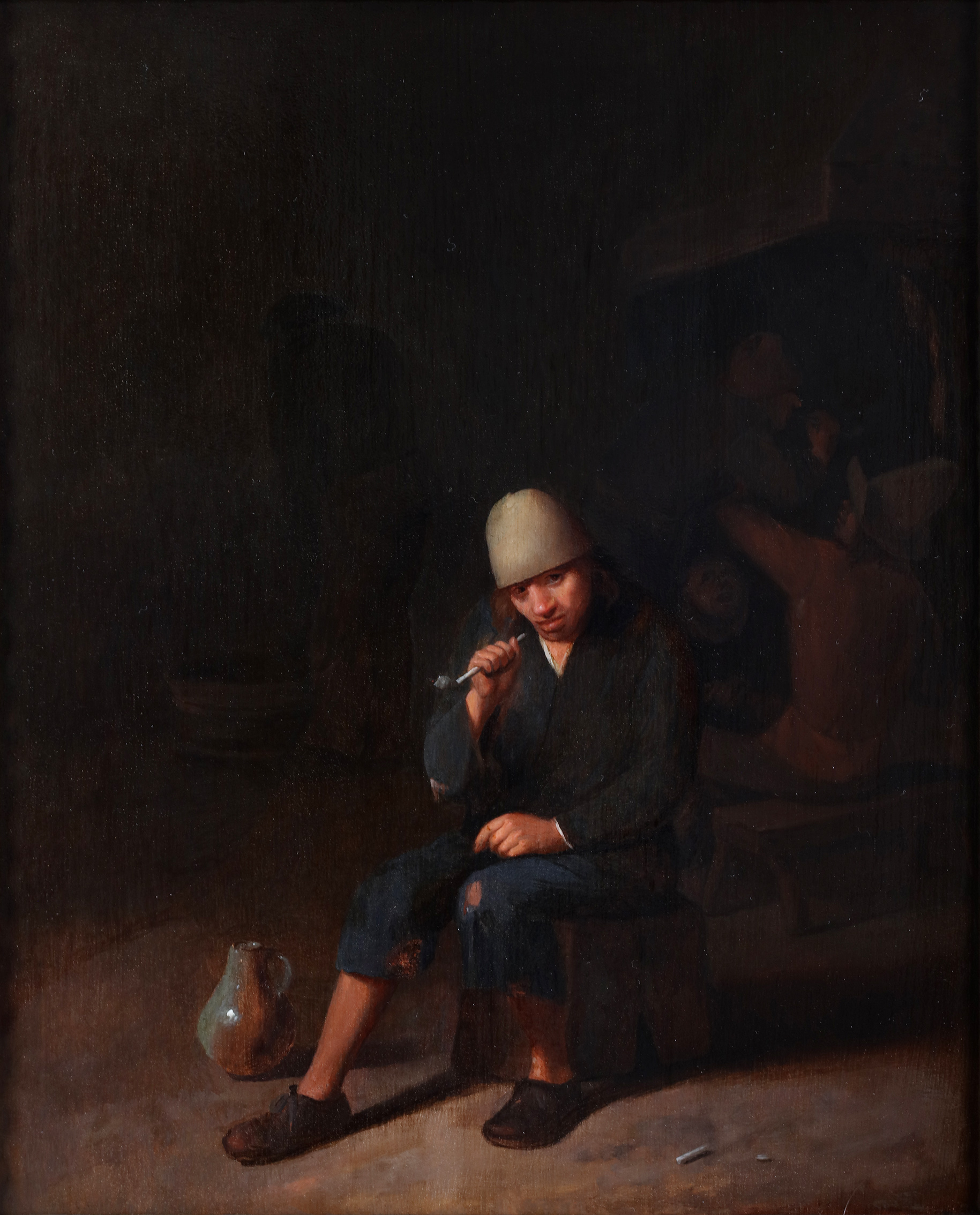 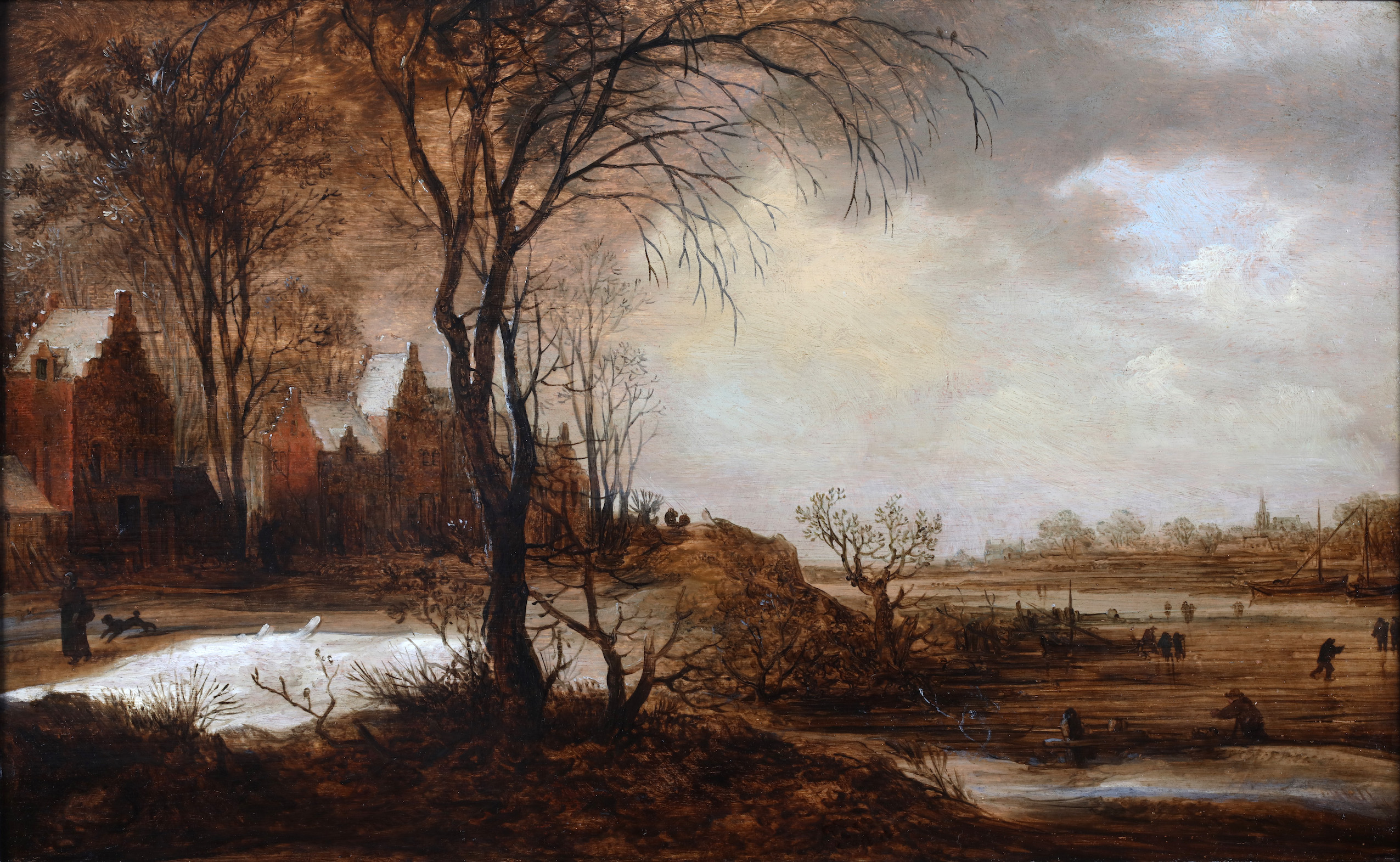 A winter landscape with skaters on the ice 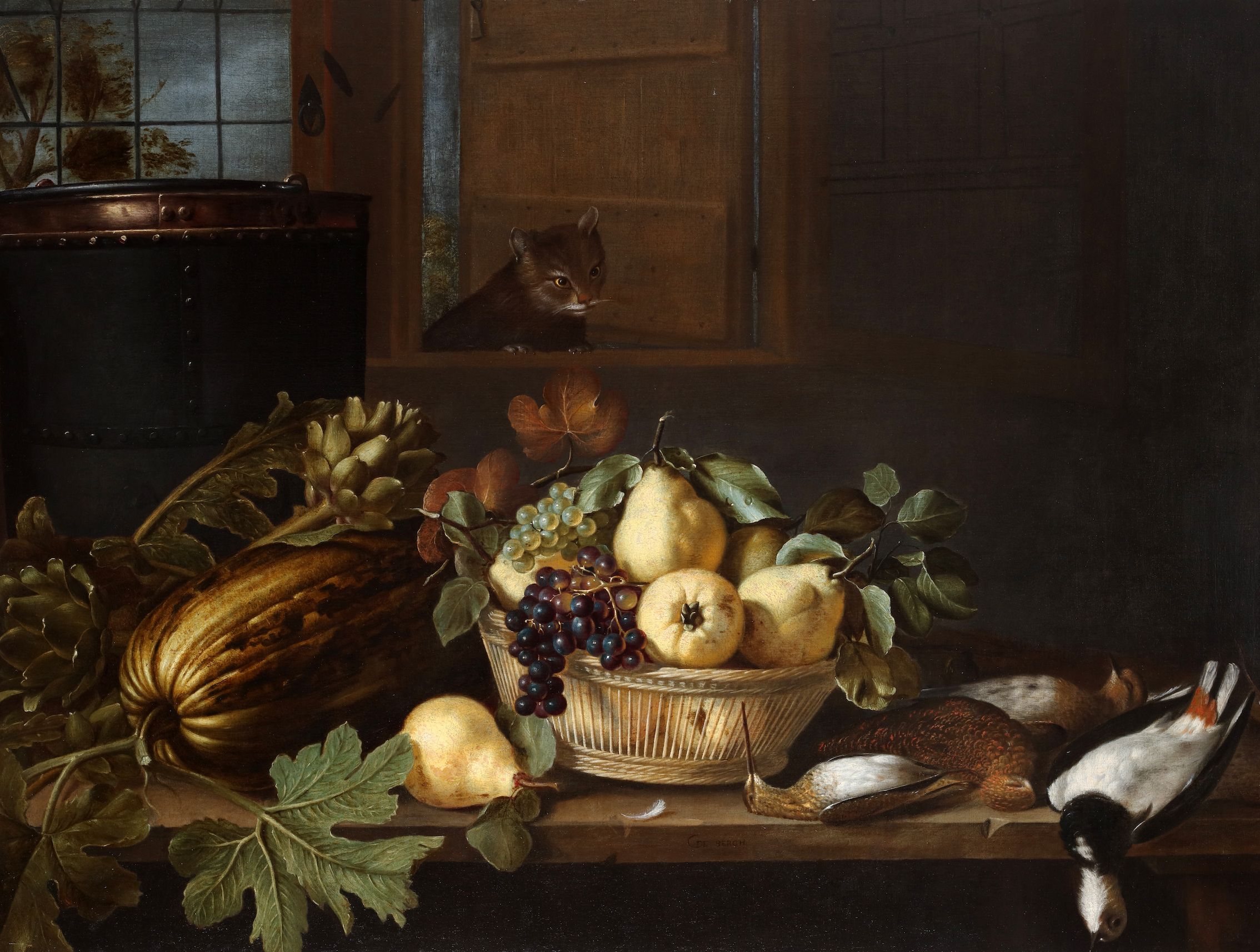 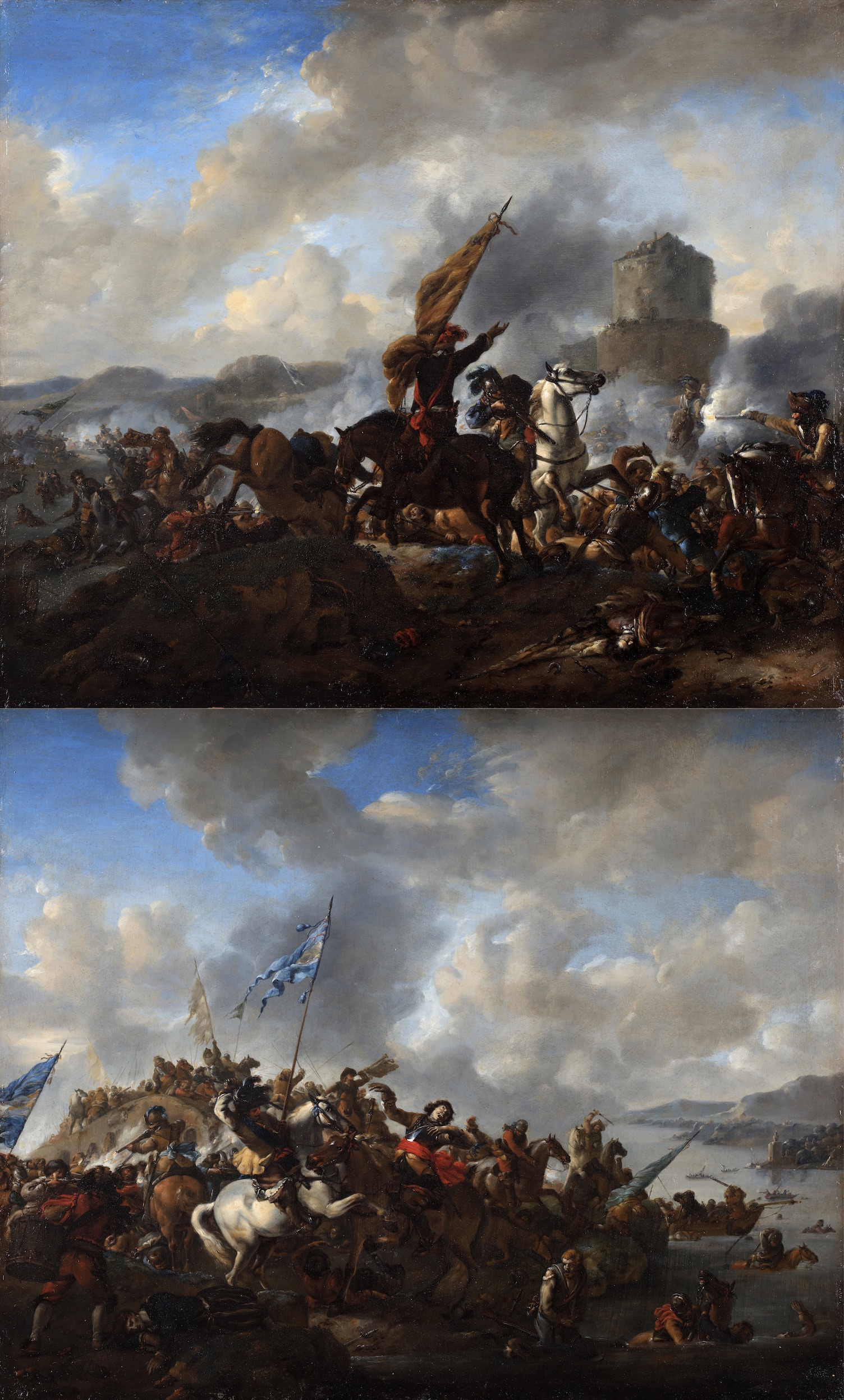