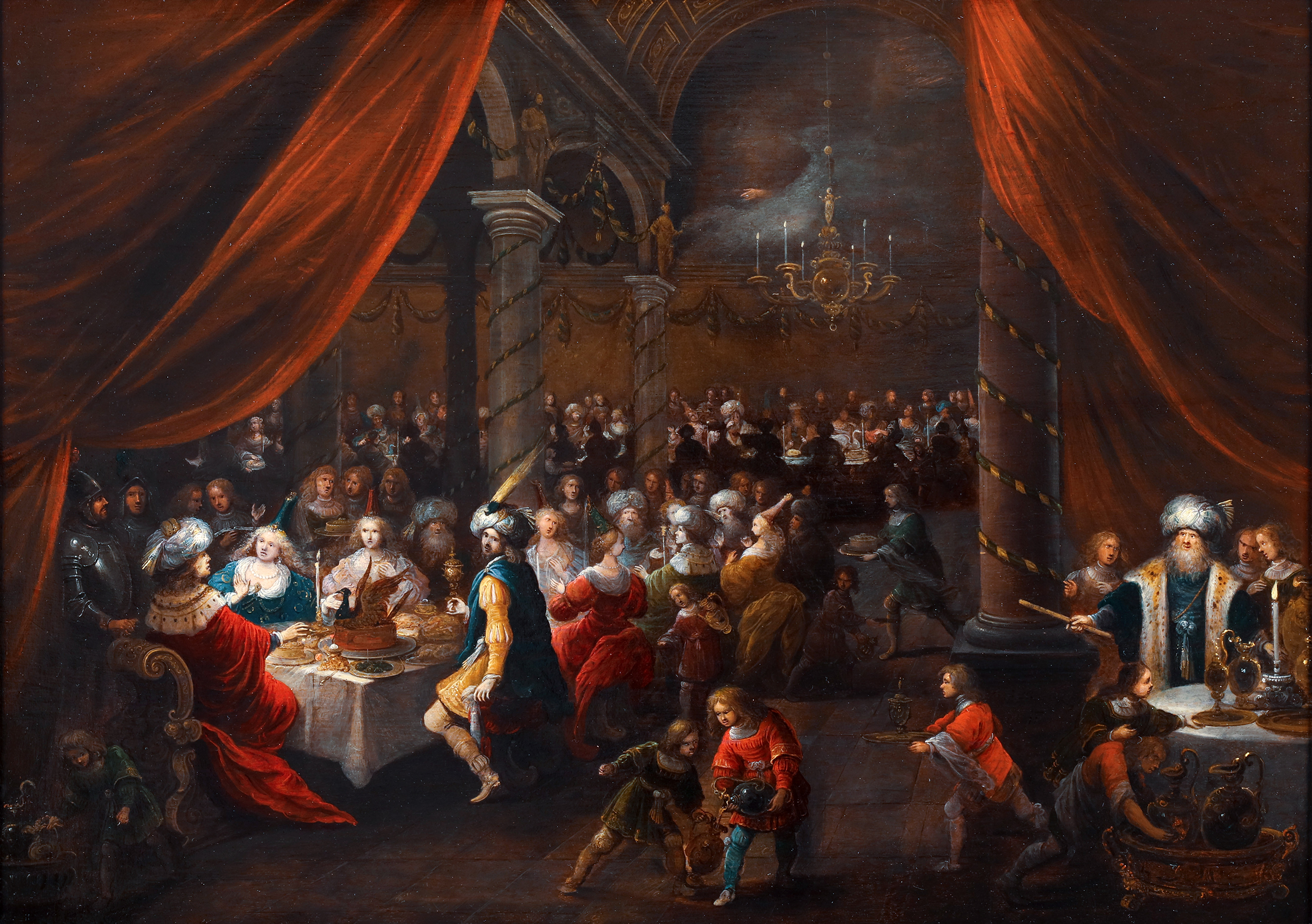 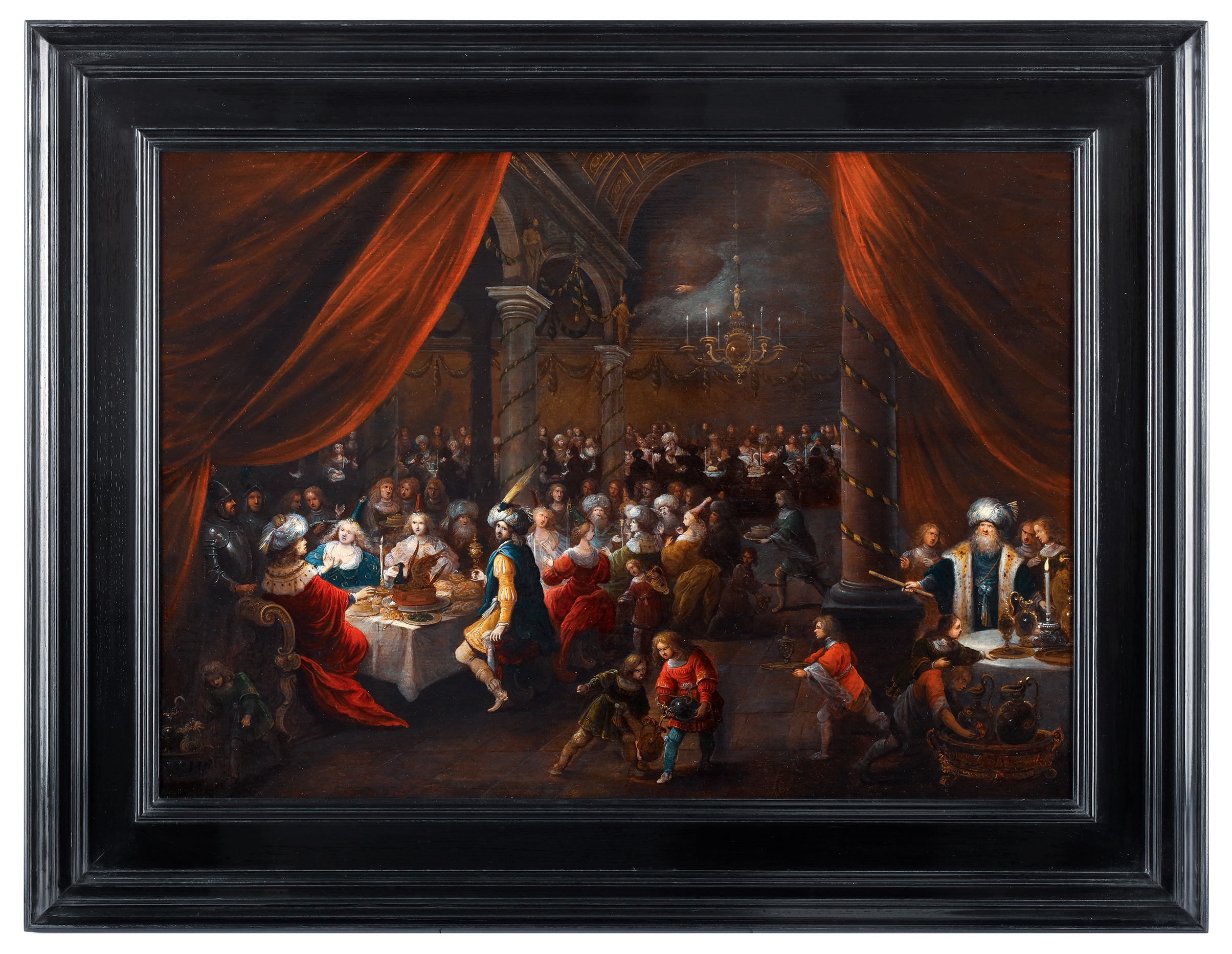 The Banquet of Esther and Ahasuerus

Signed on the base of the right column.

The painting shows the banquet of Esther with Ahaseurus and Haman. Haman was the adviser of king Ahasveros, who suggested exterminating the Jews. The Jews are then saved by the inference of Esther, the wife of the king.
Frans Francken II was a Flemish painter and the best-known member of the large Francken family of artists. Francken created altarpieces and painted furniture panels, but his reputation chiefly rests on his small and delicate cabinet pictures with historical, mythological, or allegorical themes. He played an important role in the development of Flemish art in the first half of the 17th century through his innovations in many genres including genre painting and his introduction of new subject matter. He was a frequent collaborator of leading Antwerp painters of his time. Many of his works are small historical, allegorical and biblical cabinet paintings with the focus on figures. 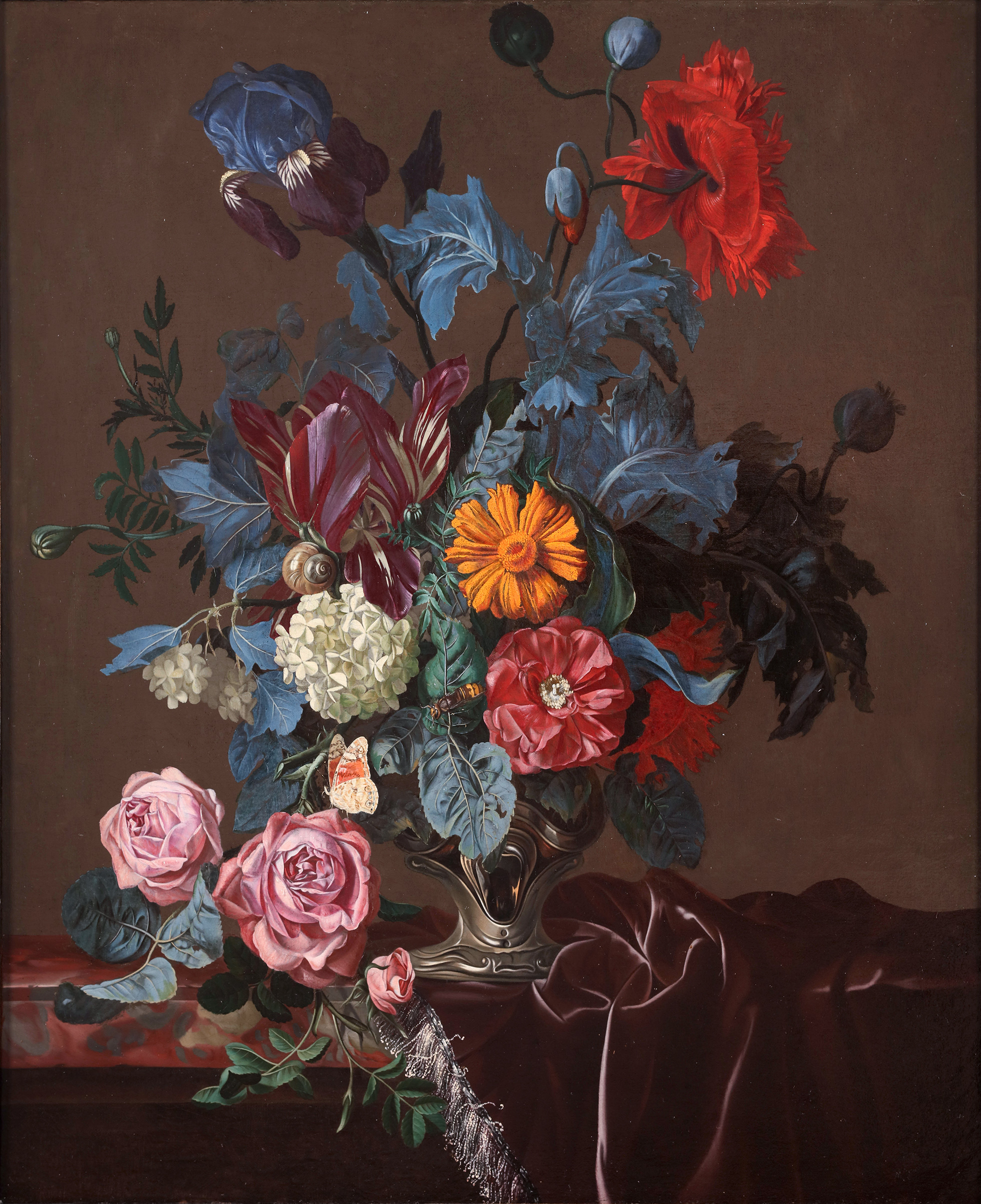 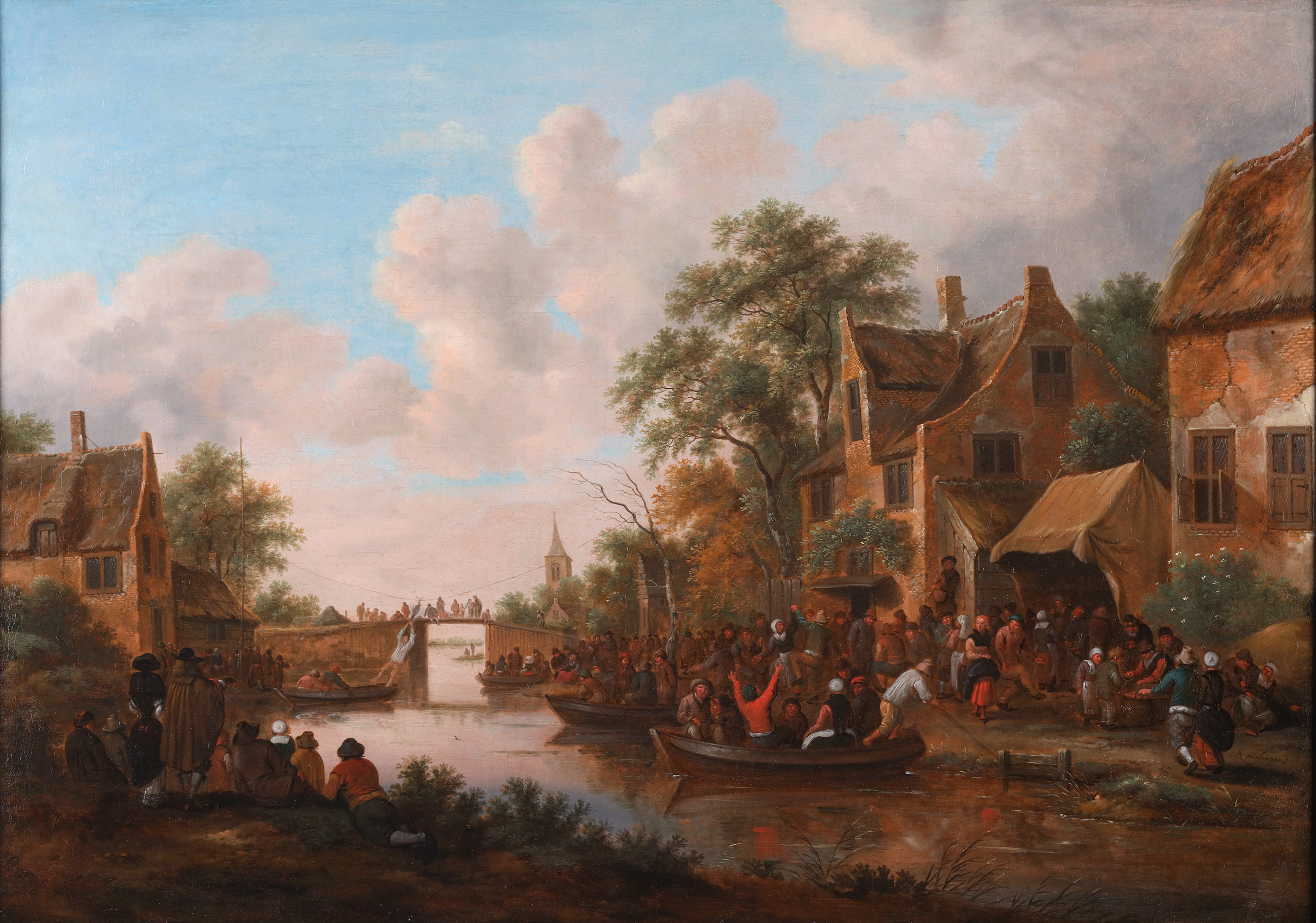 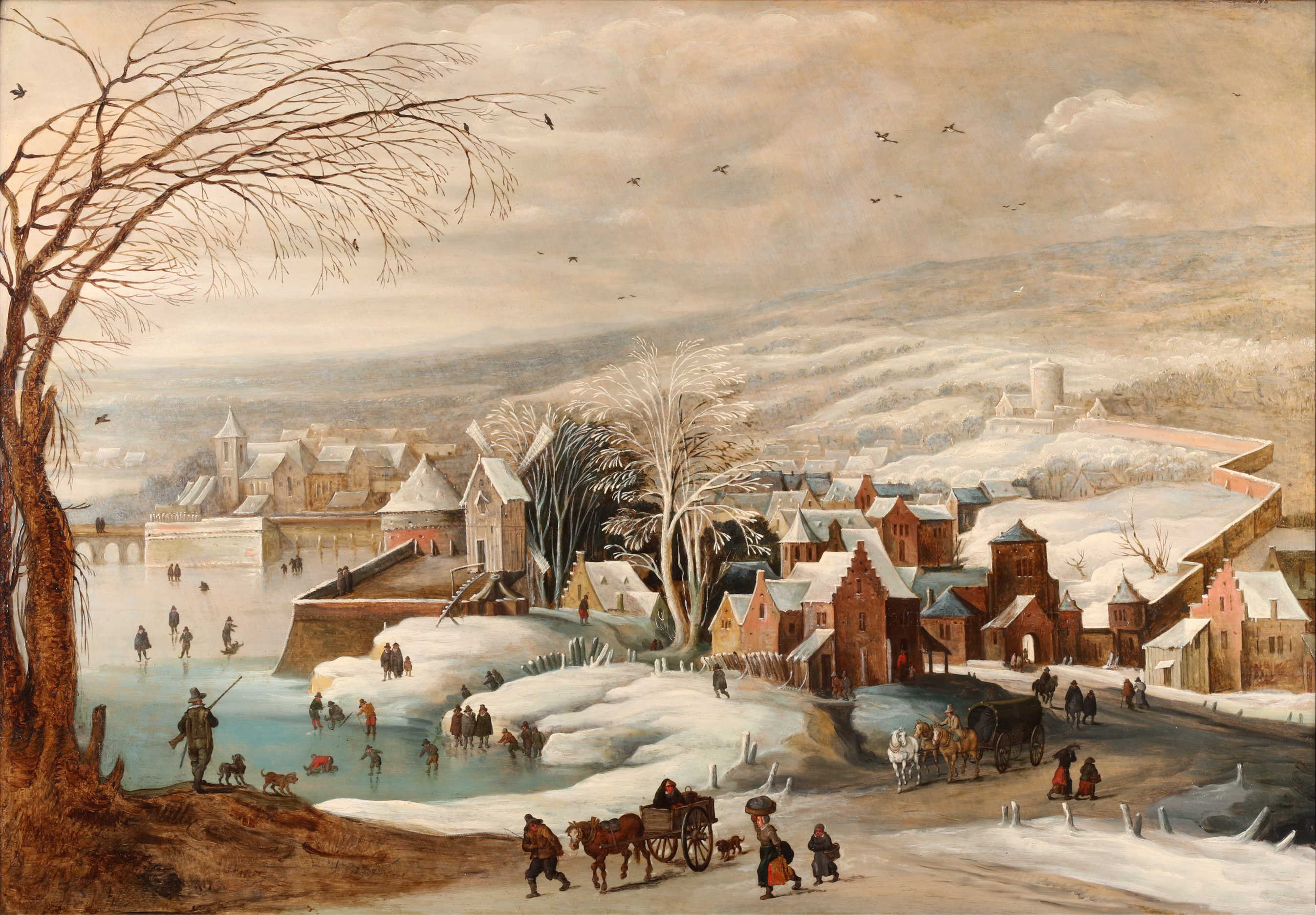 An animated town view during winter with skaters on the ice 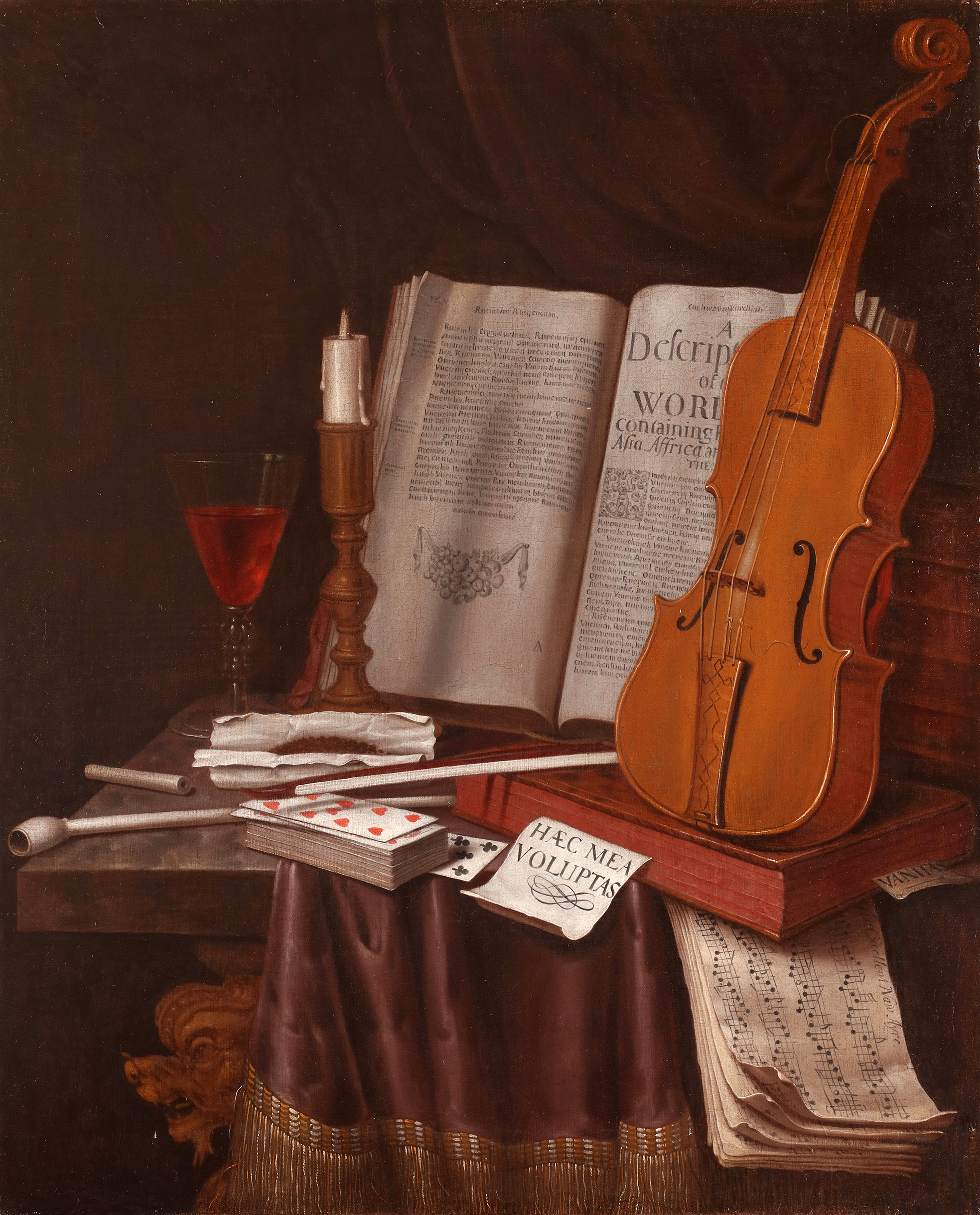 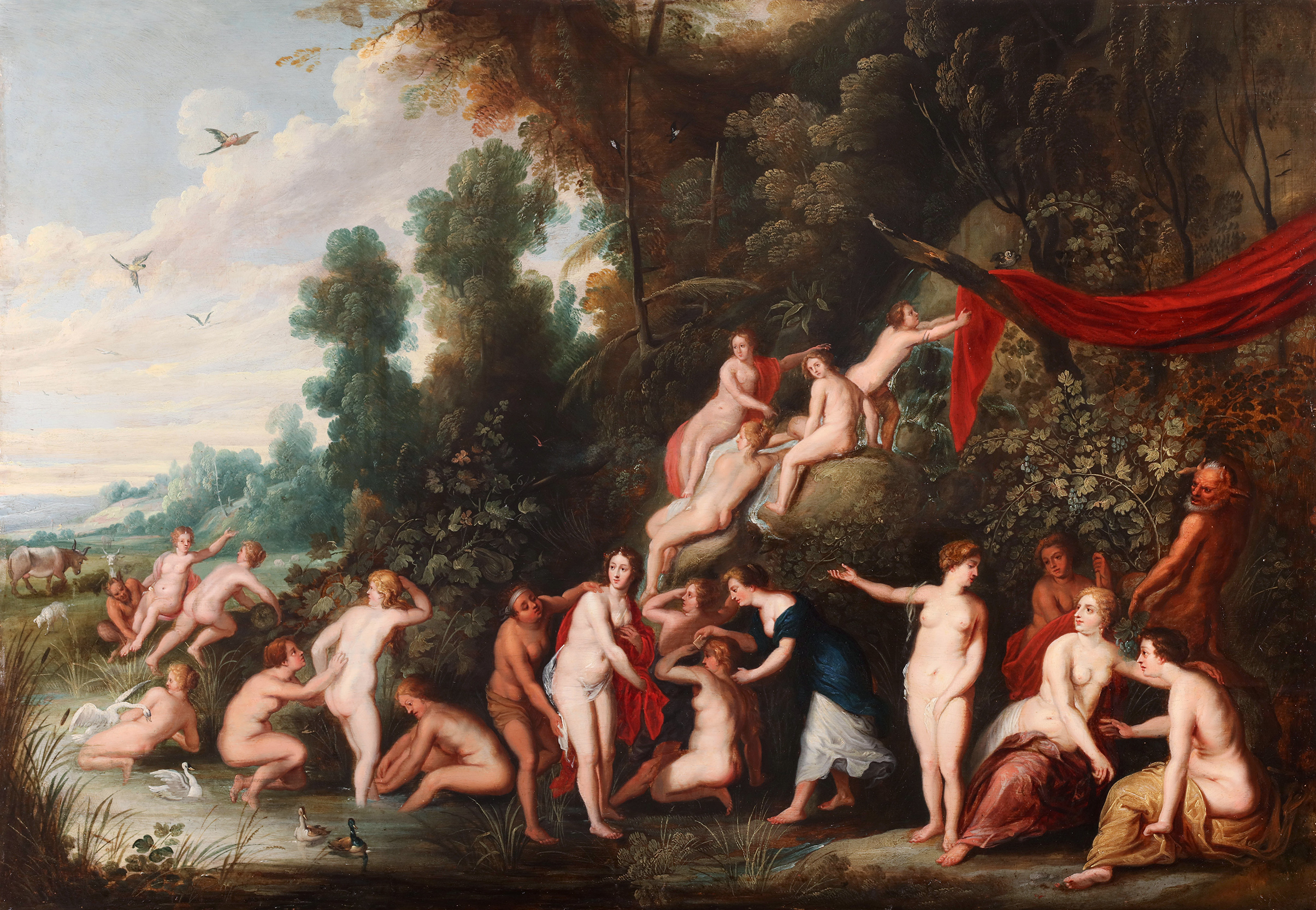 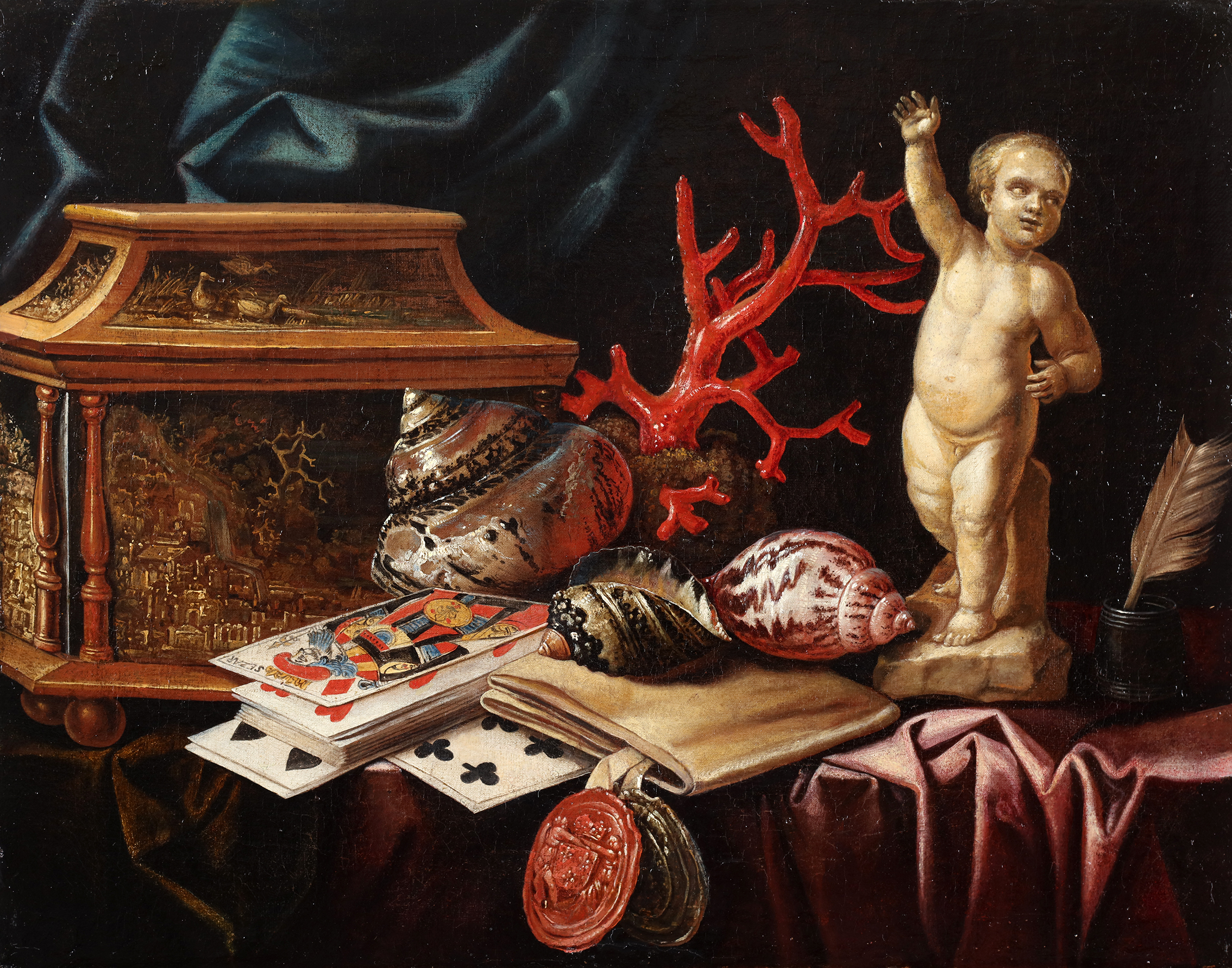 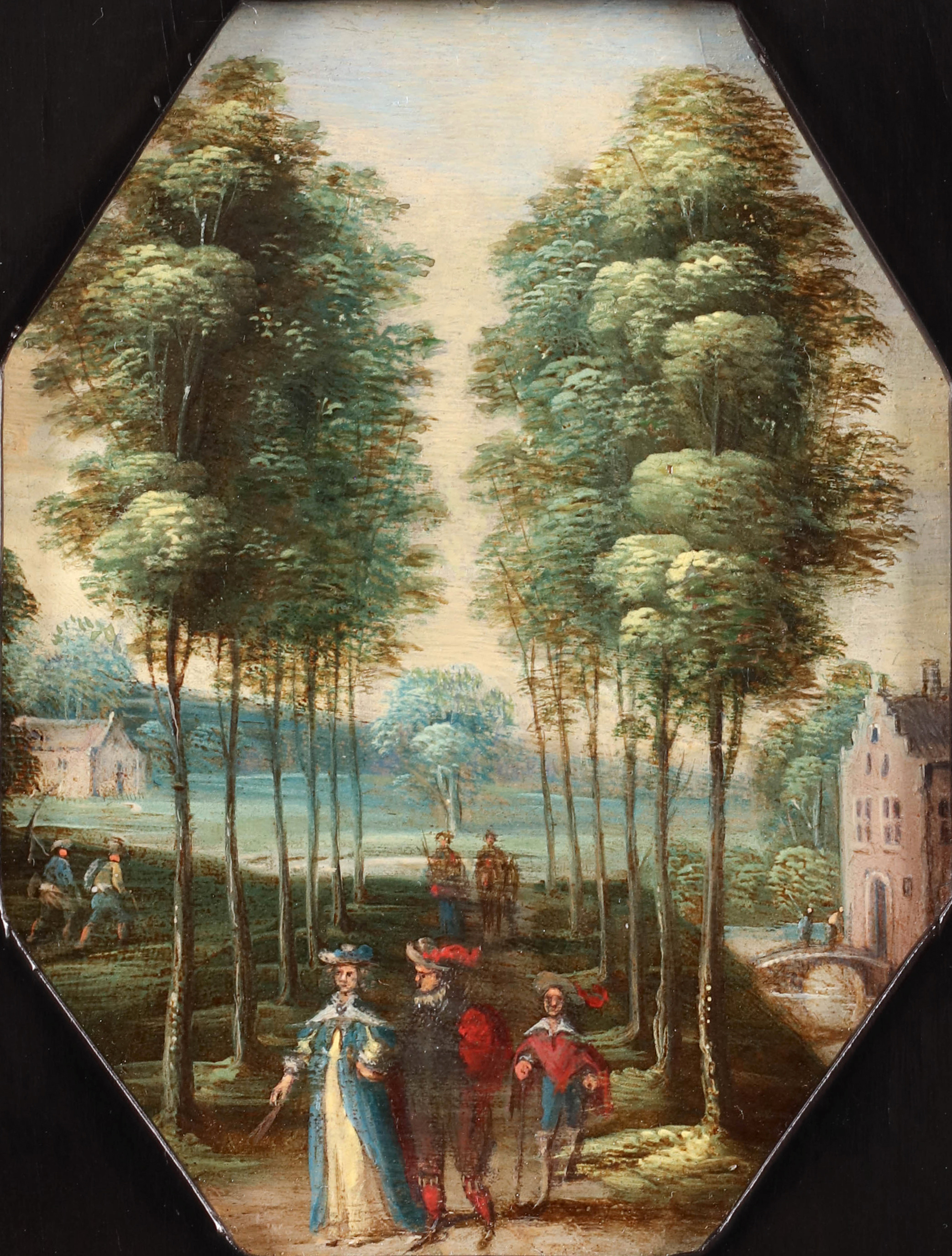 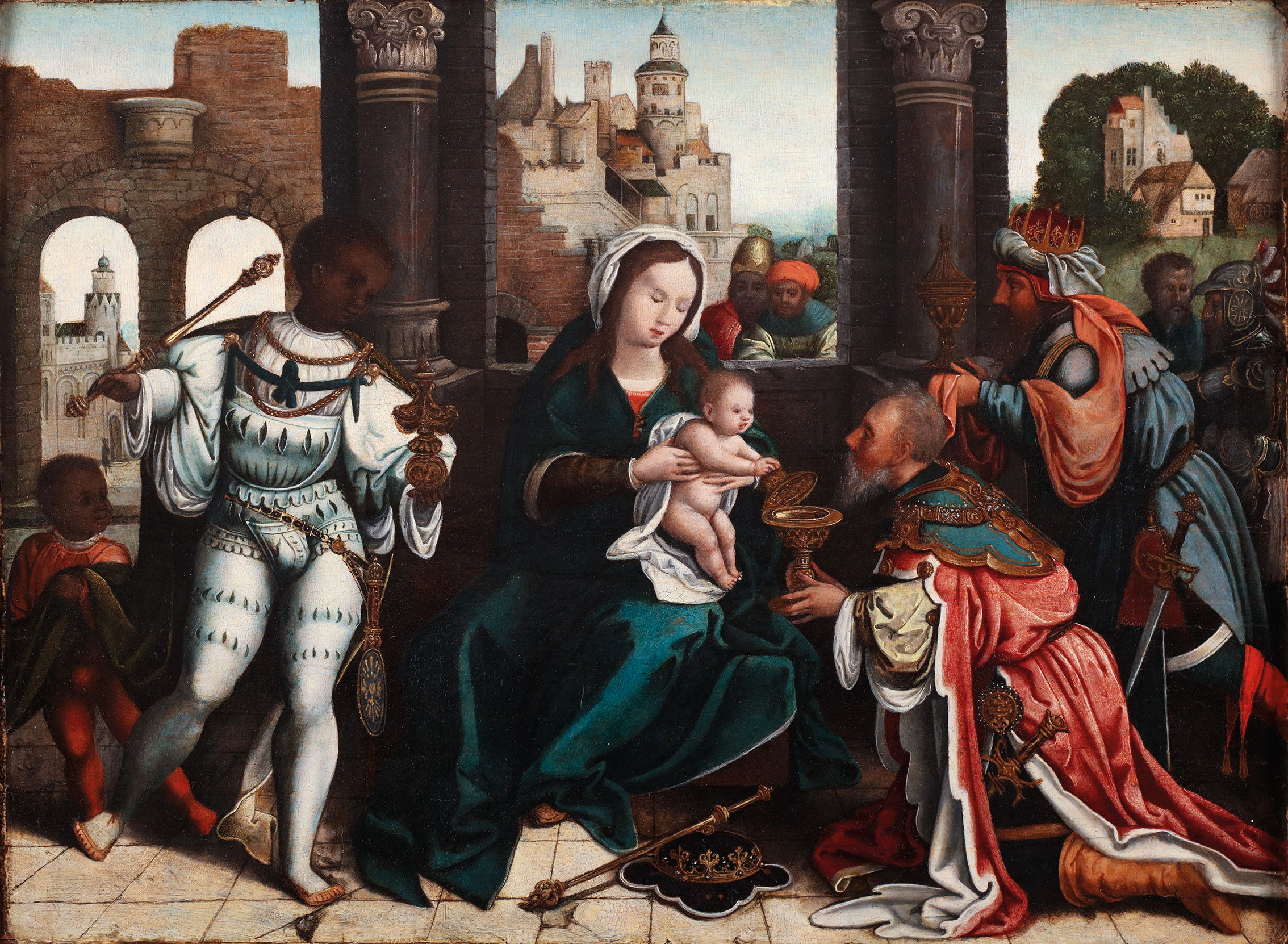 Let the children come to me