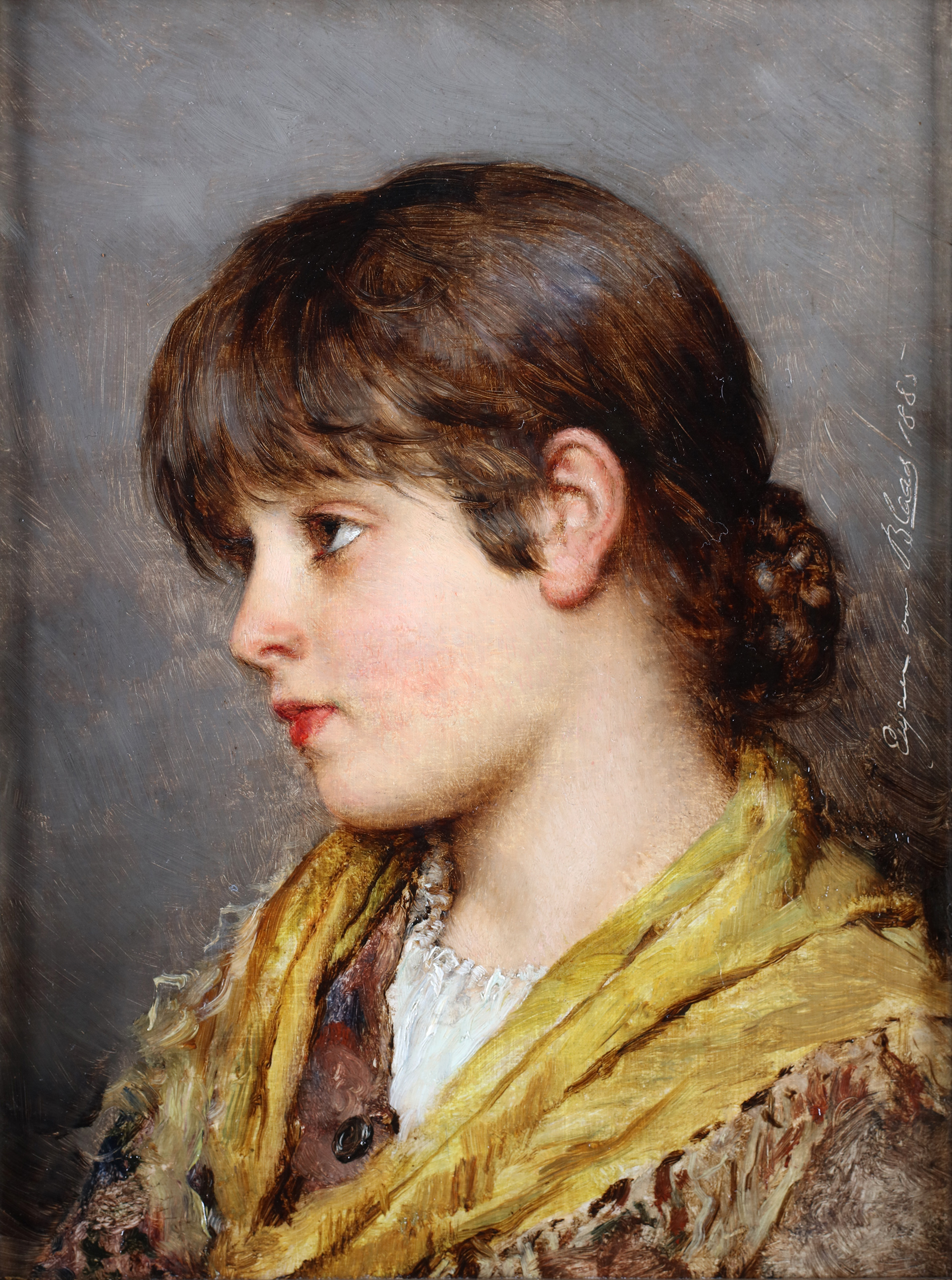 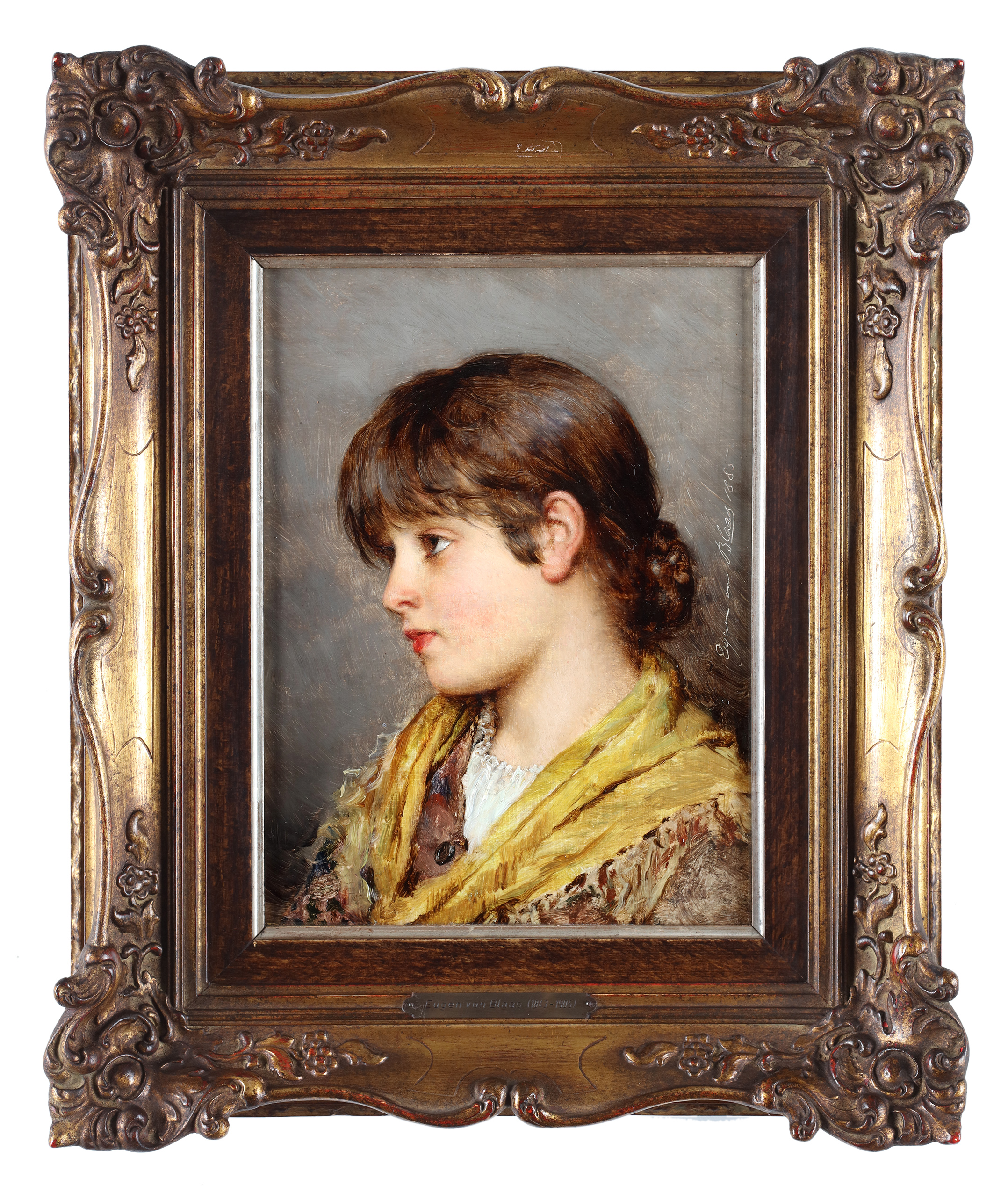 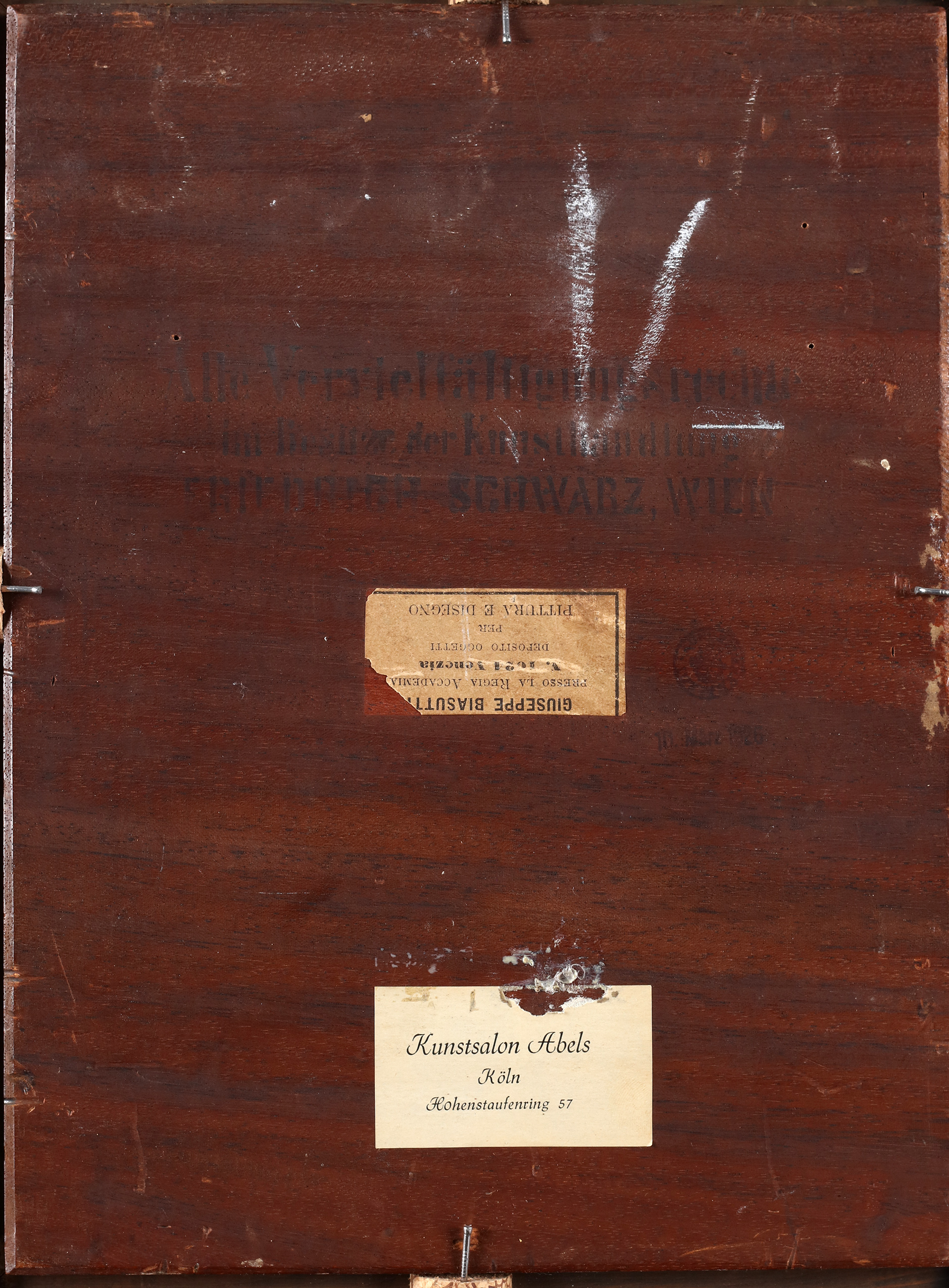 Portrait of a young Venetian girl

The Italian-born painter was the son of the well-known Austrian painter Carl von Blaas (1815-1894), from whom he also received his first lessons. Like his father, he later held a professorship at the academy in Venice. De Blaas is mostly known for his genre paintings.

In this picture we can see a portrait of a young girl in front of a light gray background. The girl is wearing a simple robe with a white blouse and a yellow and gold neckerchief over it. She has long brown hair, which is knotted at the nape of her neck in a delicate bun. She’s looking carefully upwards in a shy manner, giving the painting a sensitive tone. The almost monochrome, neige-brown colours are typical for the works of de Blaas.

Provenance according to the old labels on the back: Giuseppi Biasutti, Venice & Kunstsalon Abels, Cologne. 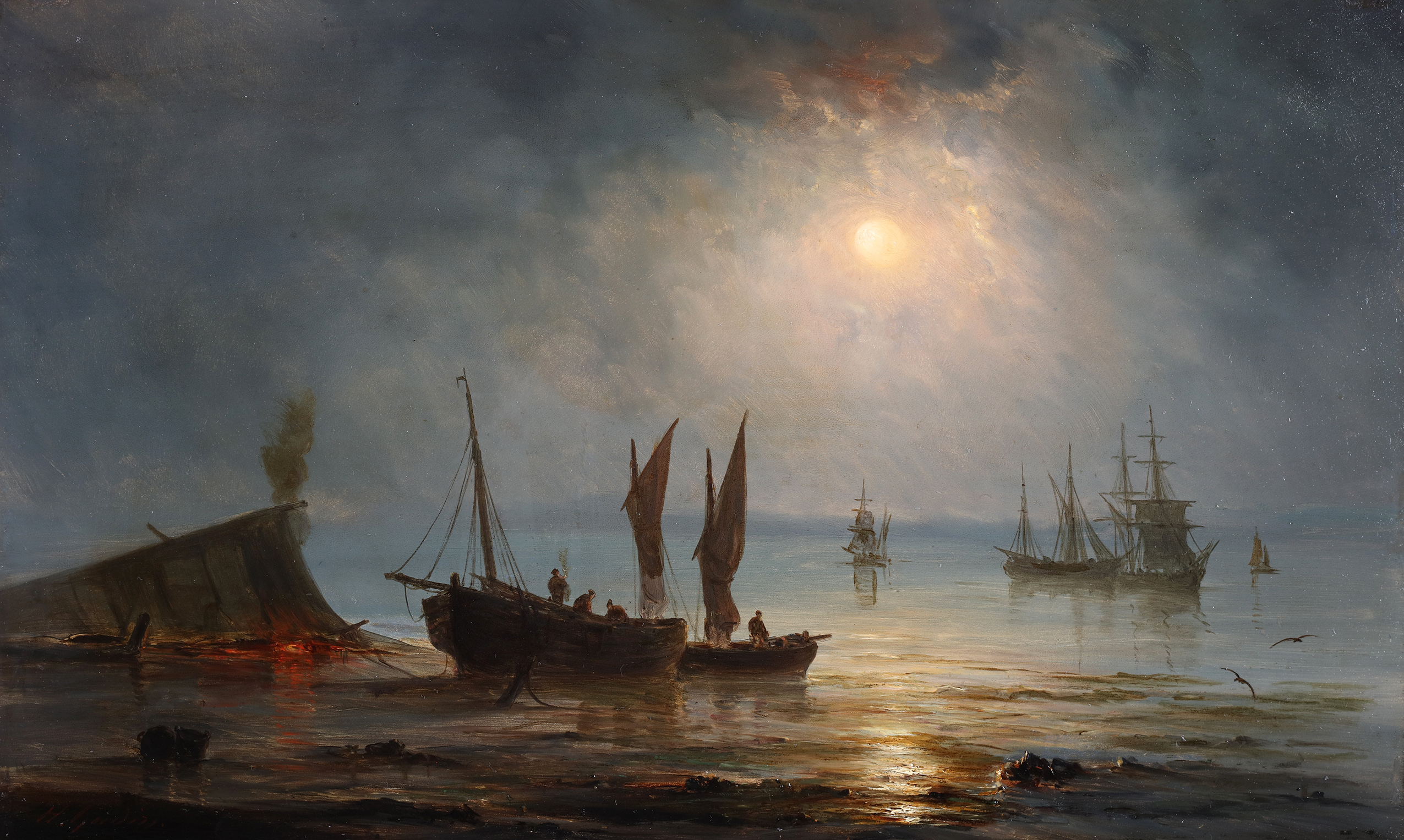 Ships near the coast during the evening 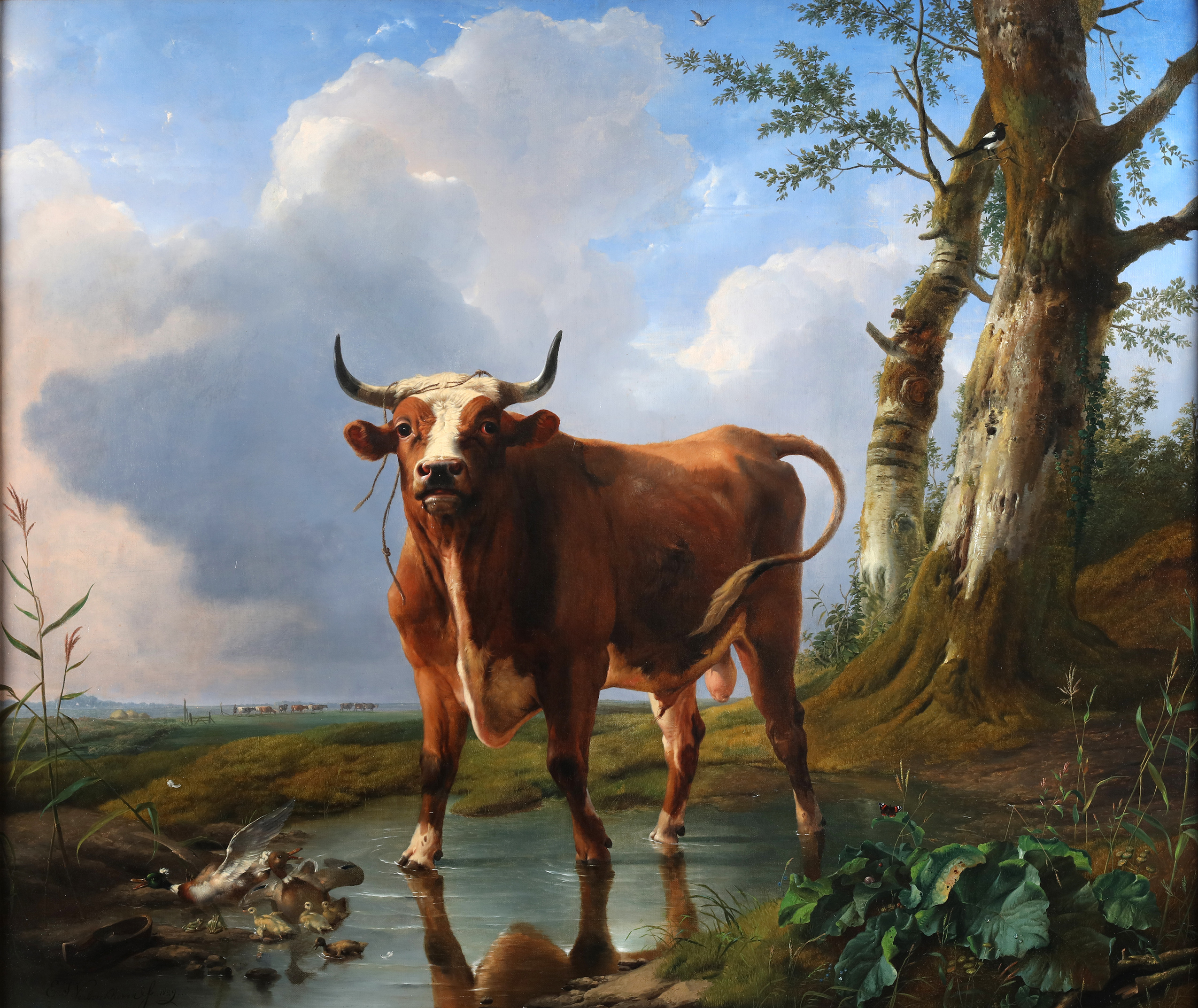 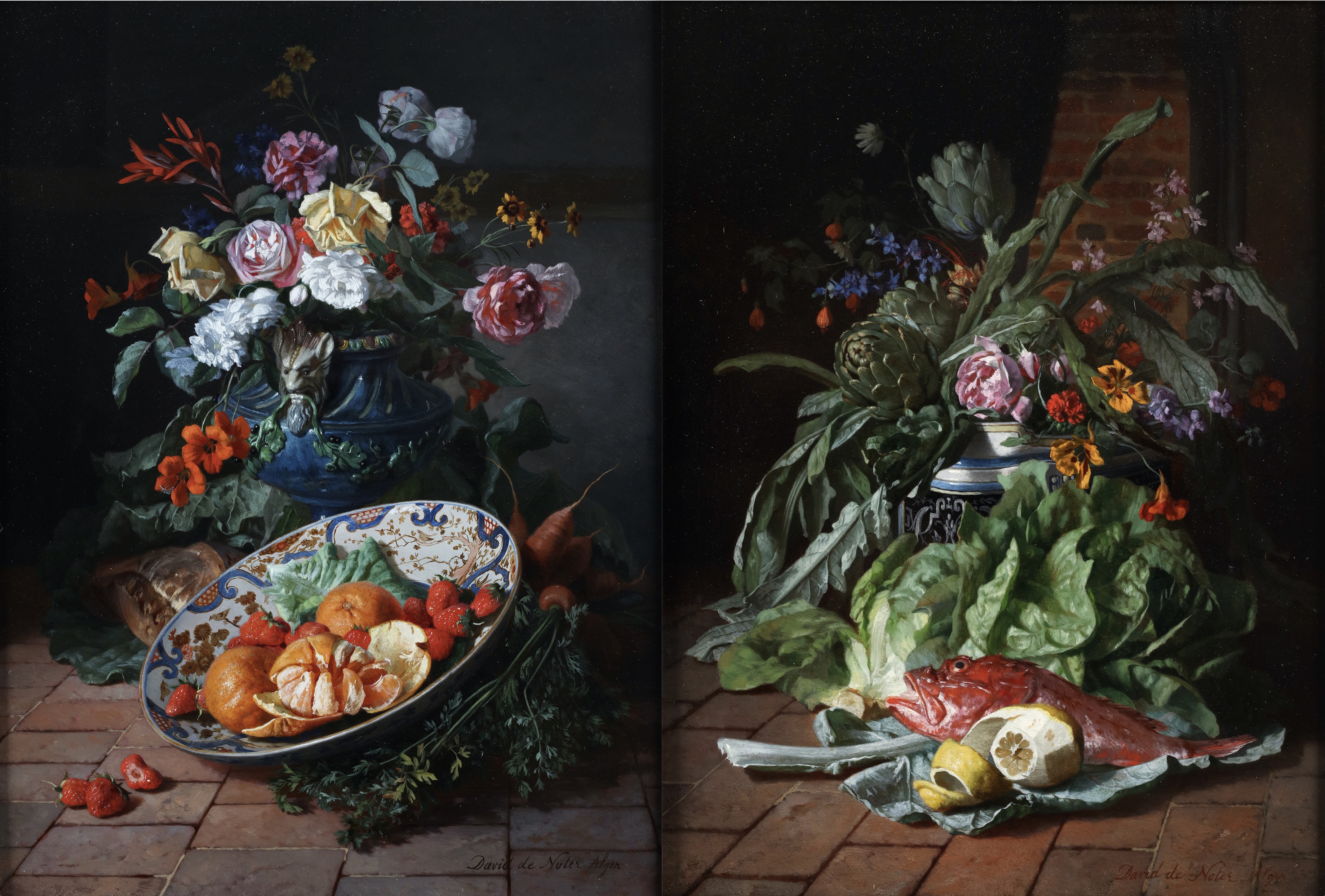 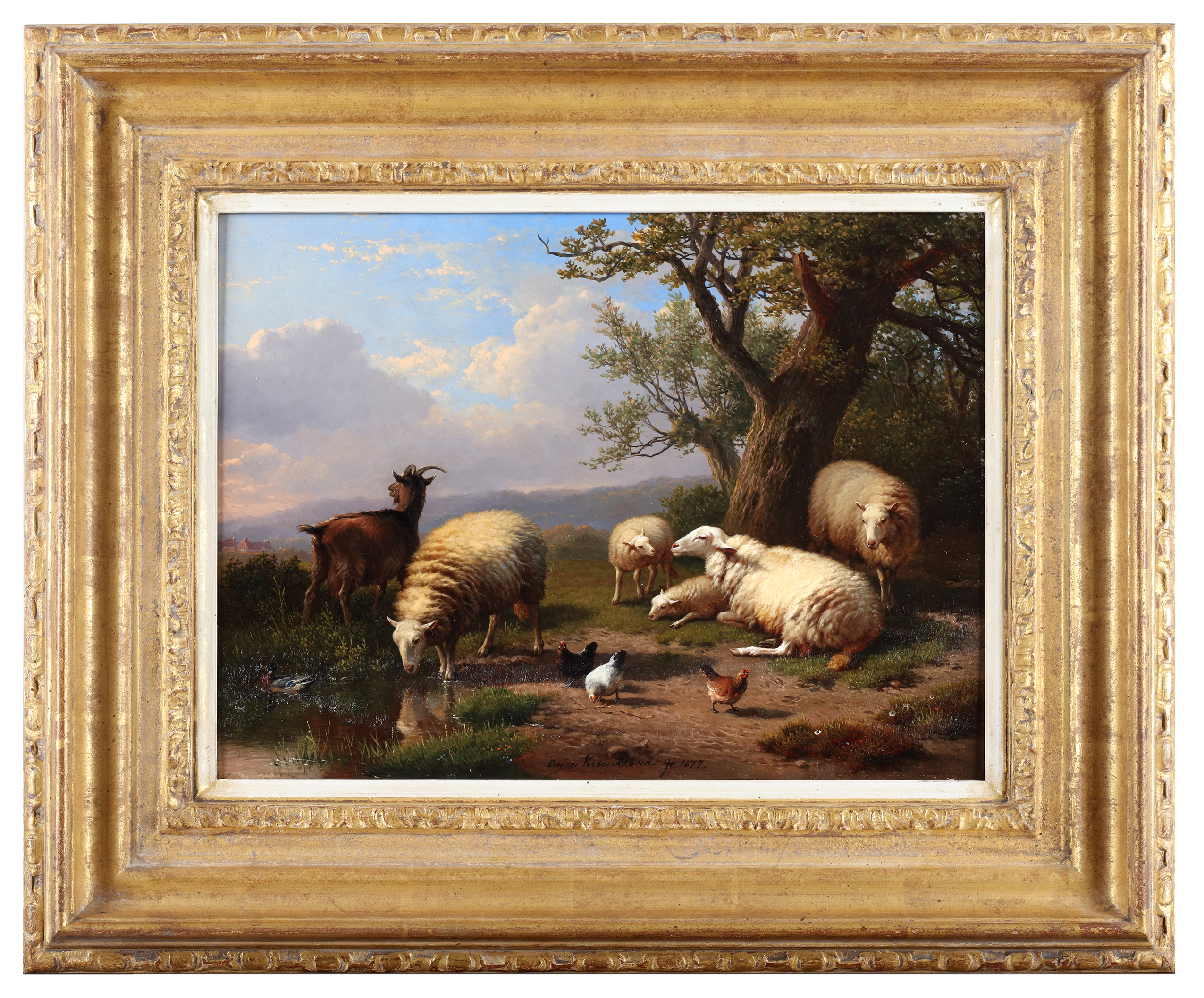 A gathering of farm animals 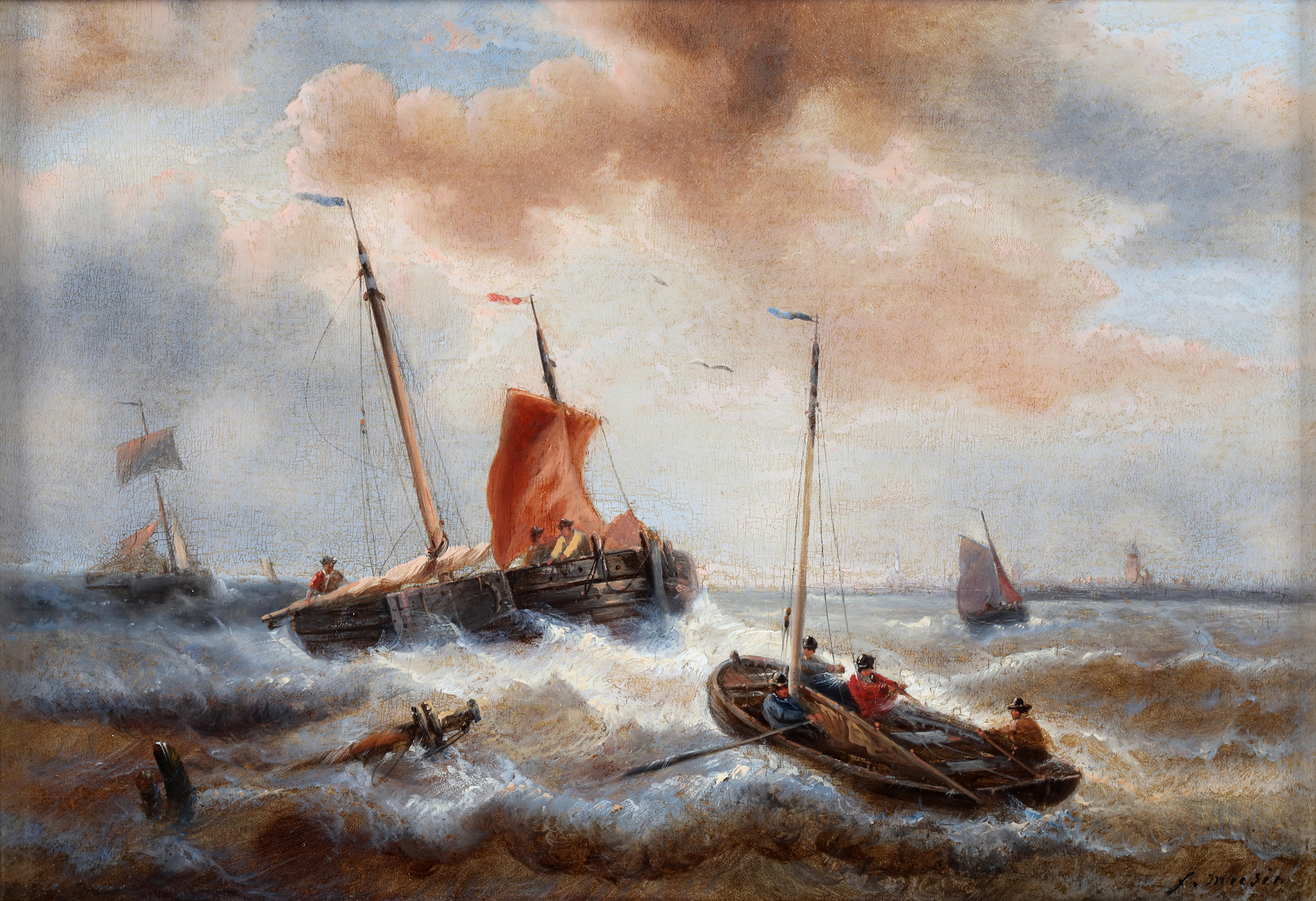 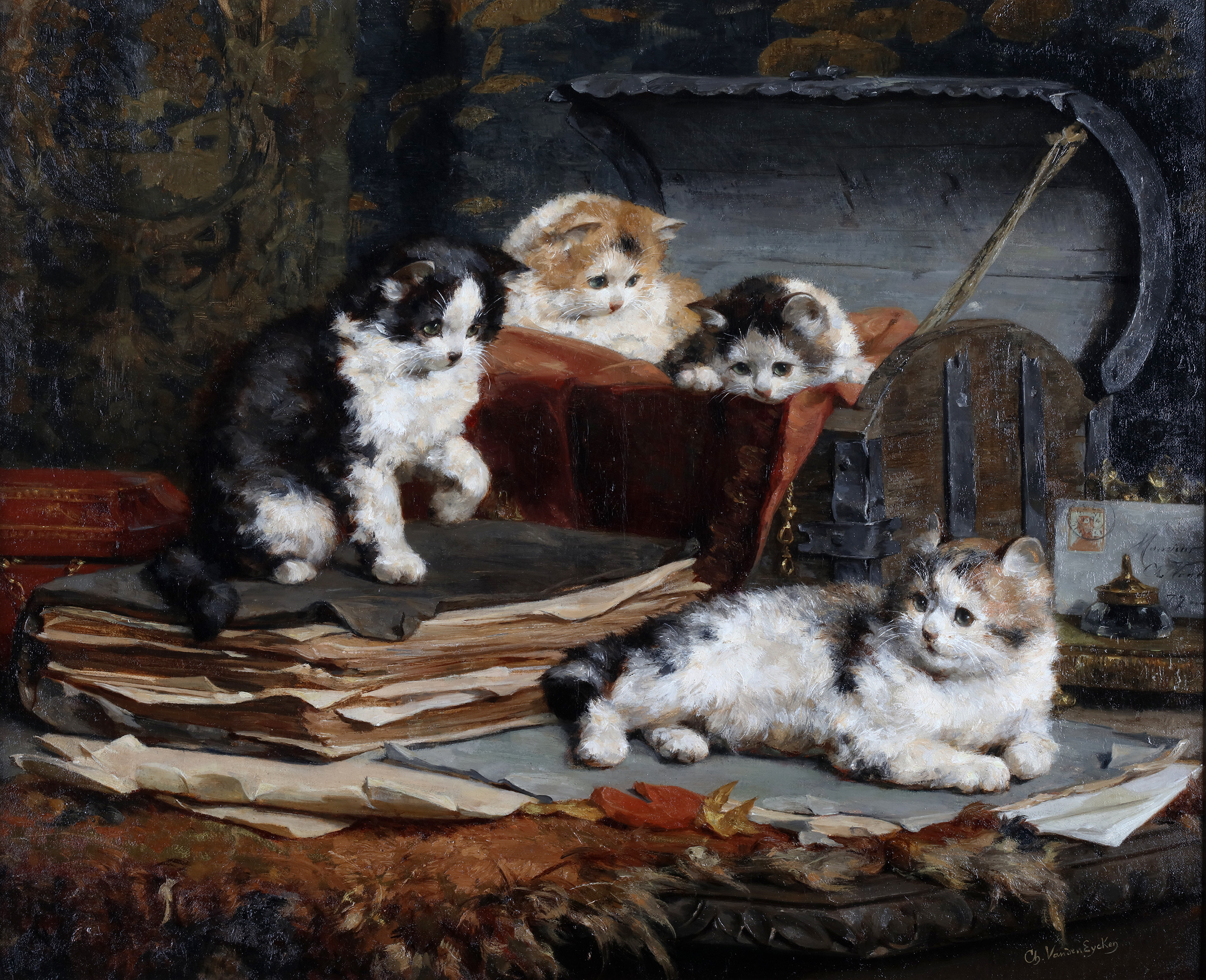 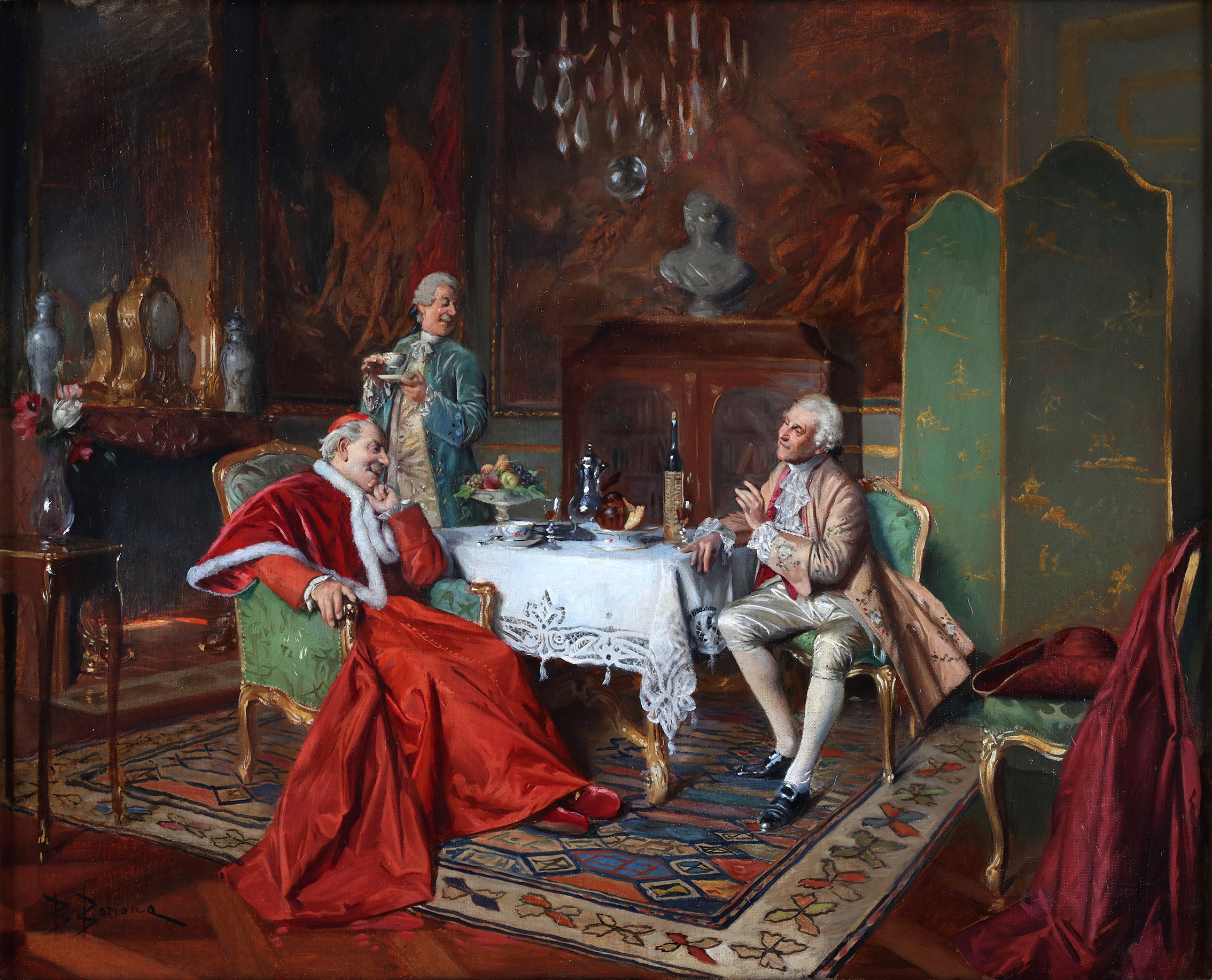 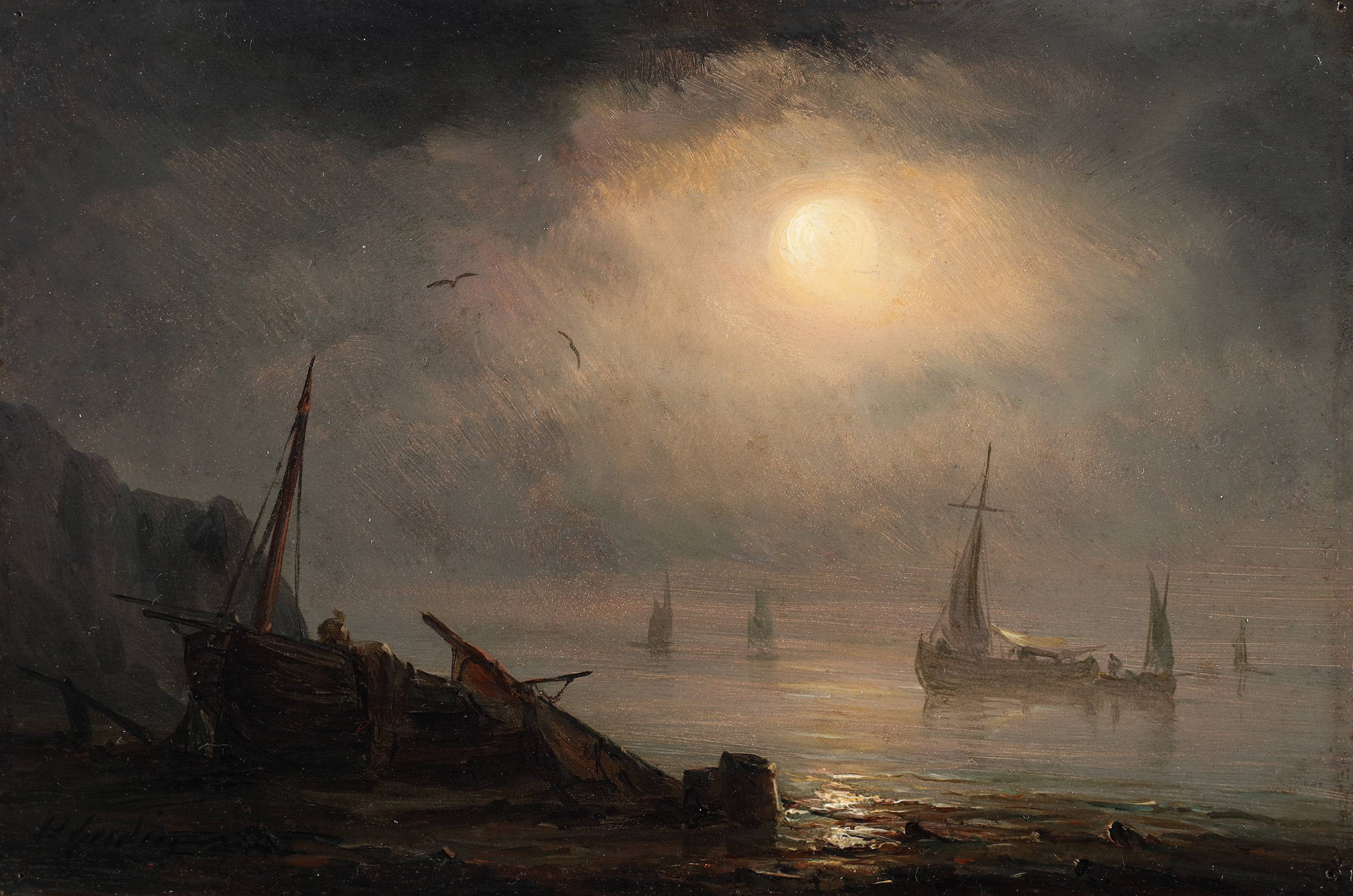 Ships near the shore under the moonlight 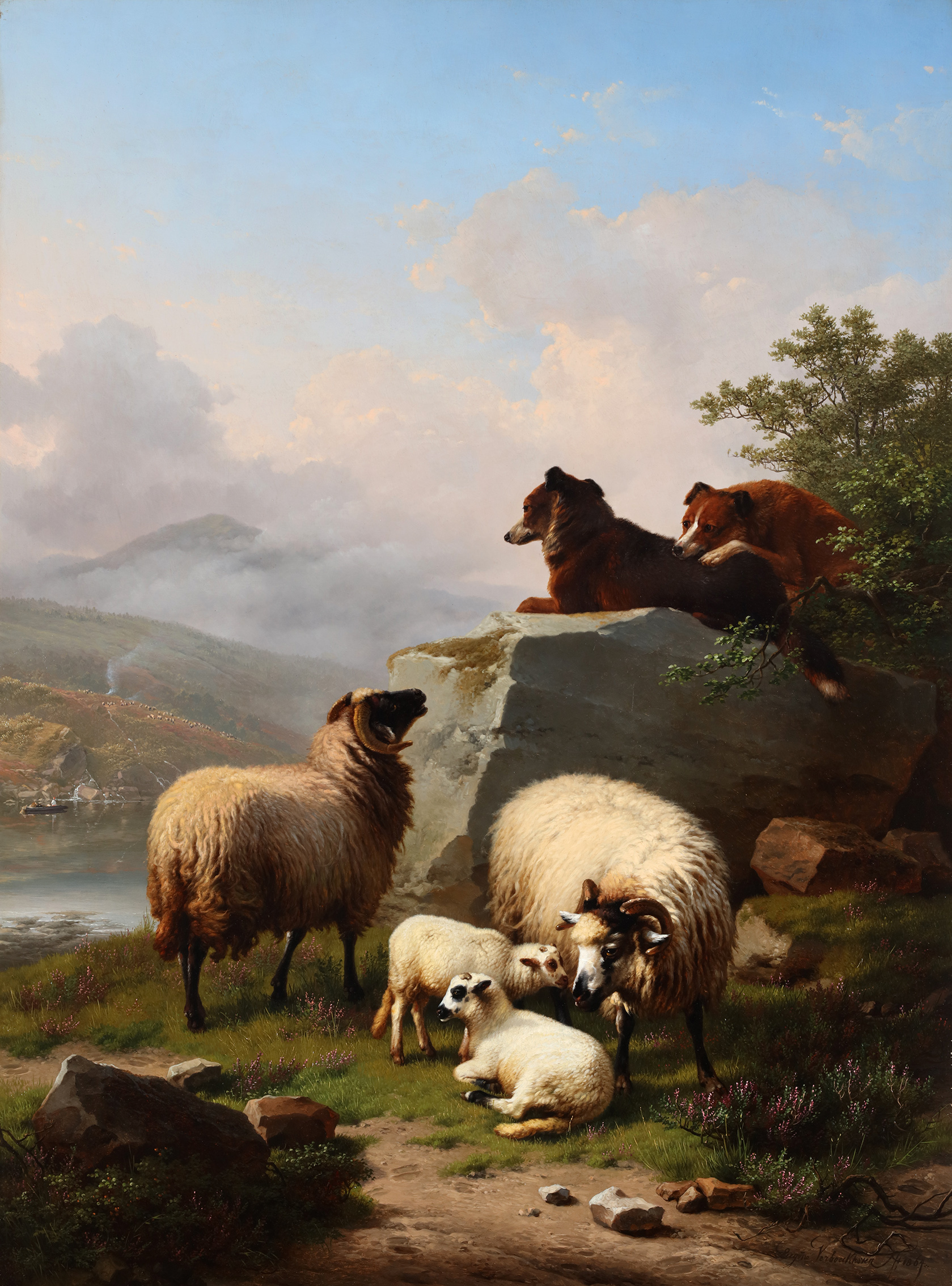