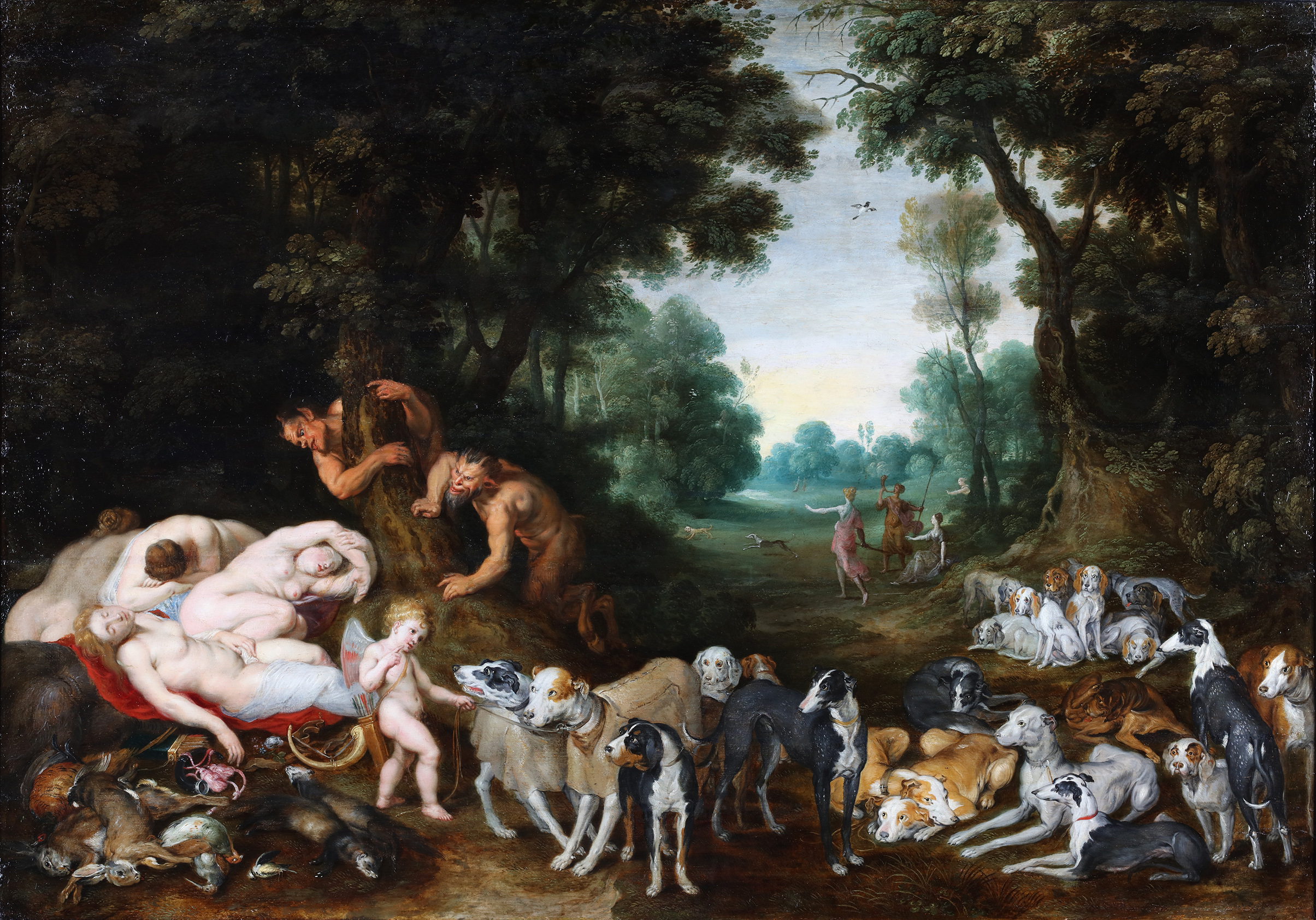 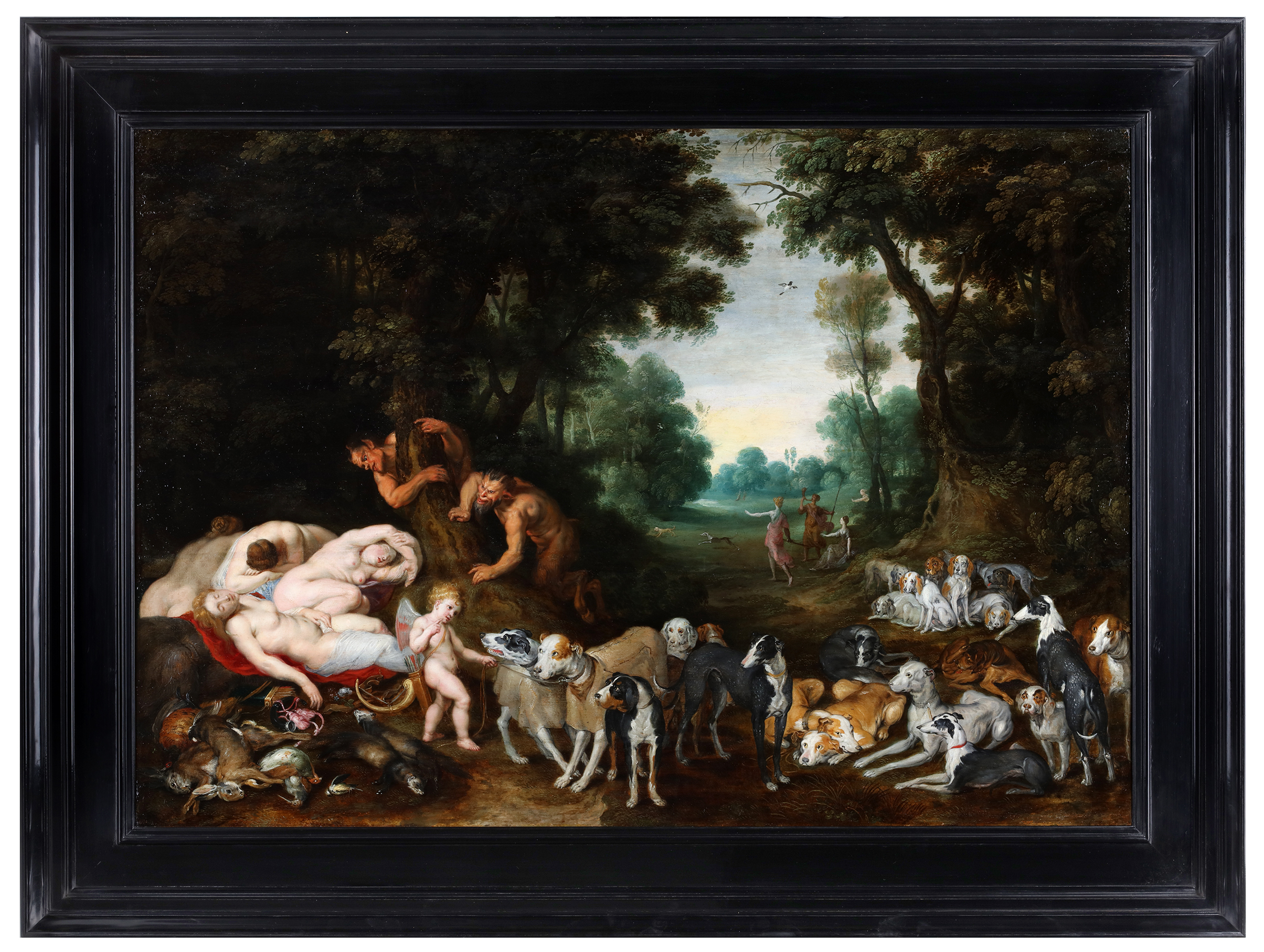 Diana and her Nymphs spied upon by Satyrs

The popular mythological theme of a sleeping Diana (the goddess of the hunt) was previously painted by Jan the Younger's father, namely Jan Brueghel the Elder (in collaboration with Rubens: "Diana and her Nymphs asleep", Paris, Musée de la Chasse). Jan Brueghel I designed at least 3 paintings using this subject ("Diana preparing for the Hunt", "Diana and her Nymphs spied upon by Satyrs" and "Diana returning from the Hunt"), possibly made for Albrecht and Isabellas Hunting Lodge in Tervuren.
Jan Brueghel the Younger, inspired by his father's work throughout his artistic career, depicted in this painting the hunting dogs, the still-life with game and also the beautiful landscape.

These kind of subjects were and remained popular after Jan Brueghel the Elder's death in 1625. Especially in the aristocratic circles of the Southern-Netherlandish court-elite. They had the exclusive right of keeping hunting dogs (since 1613). It is therefore no coincidence that Jan the Younger (who inherited his father's studio) kept on suplying the steady demand.
Oil on Panel, 73,5 x 104cm 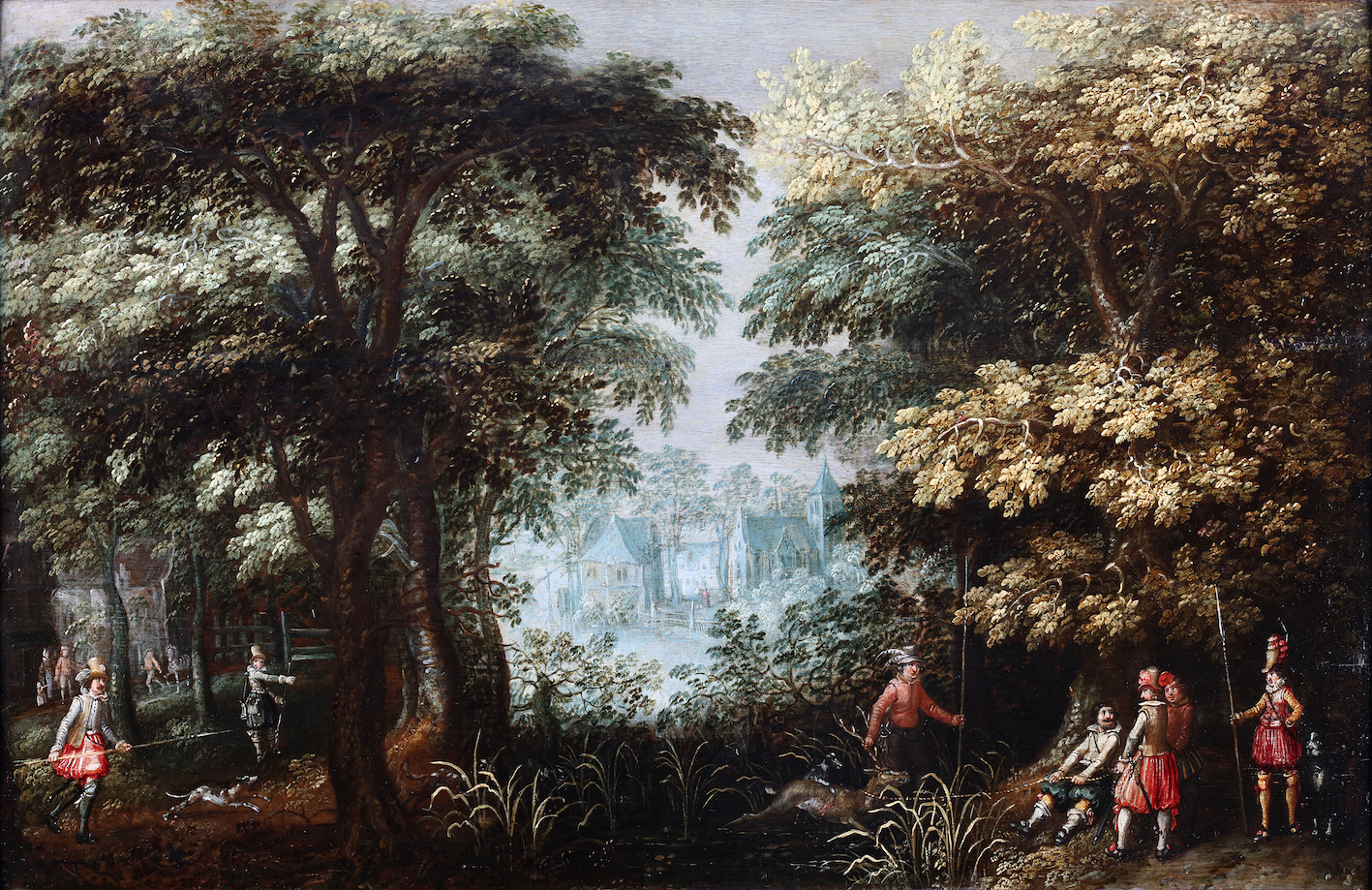 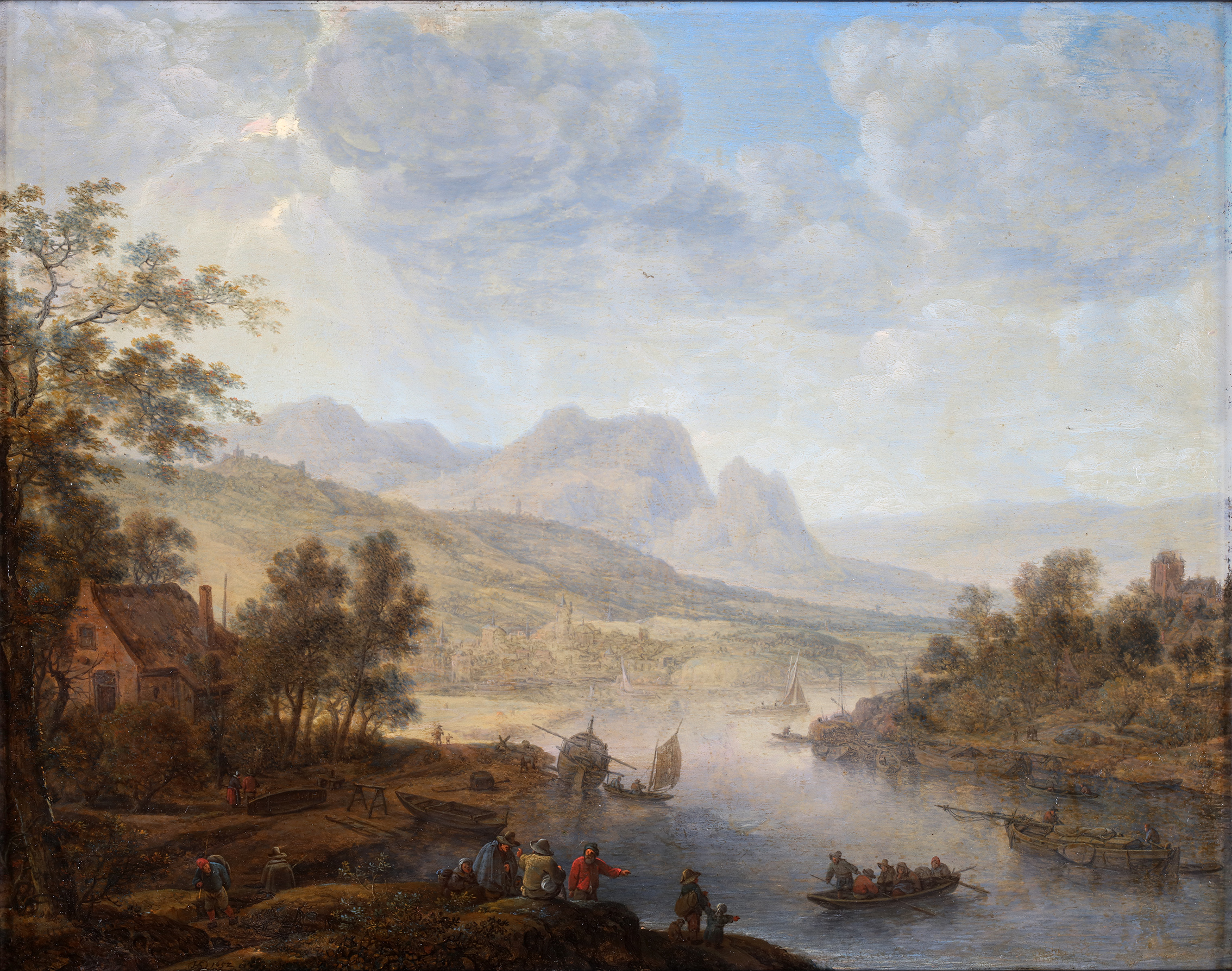 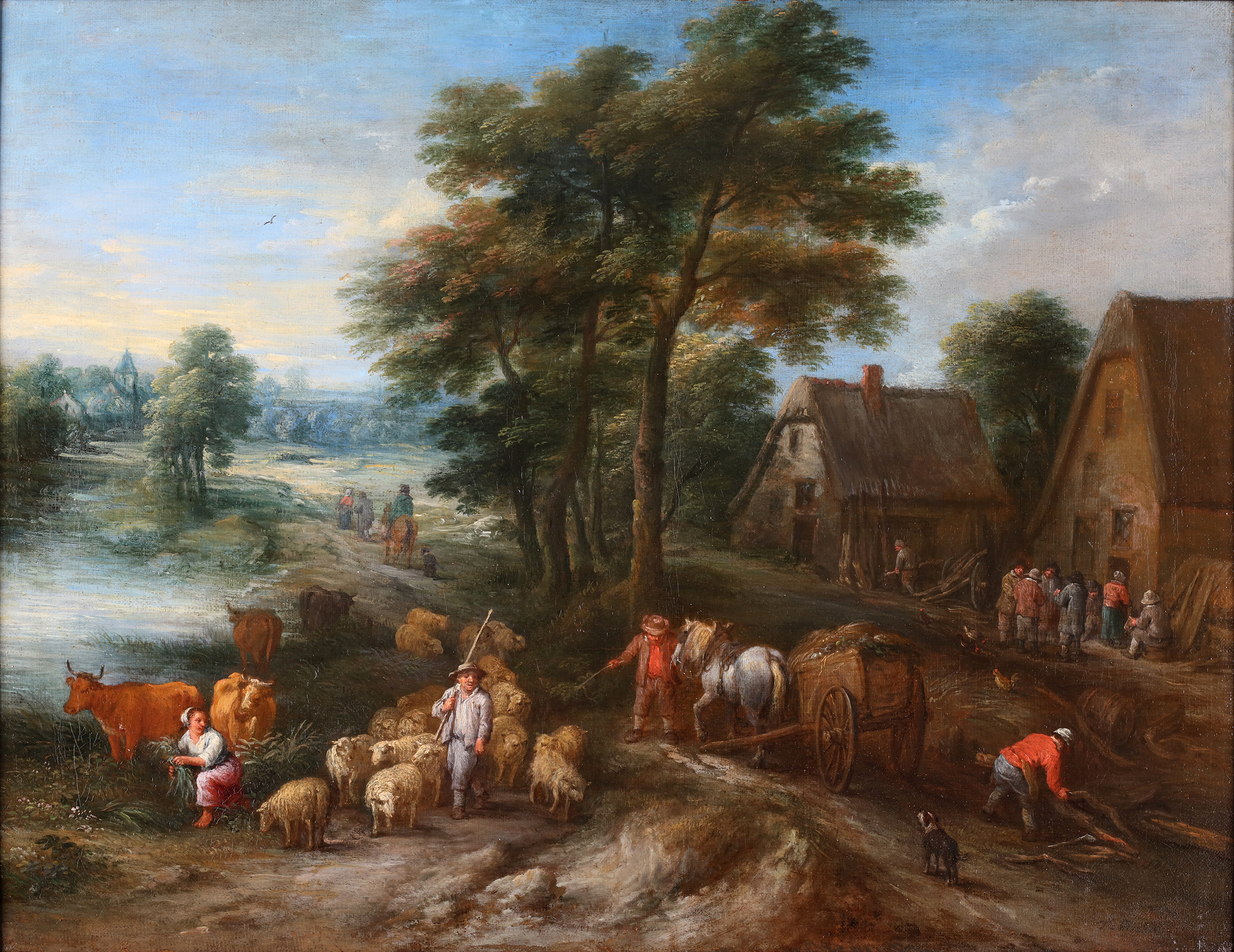 An animated landscape with peasants at work 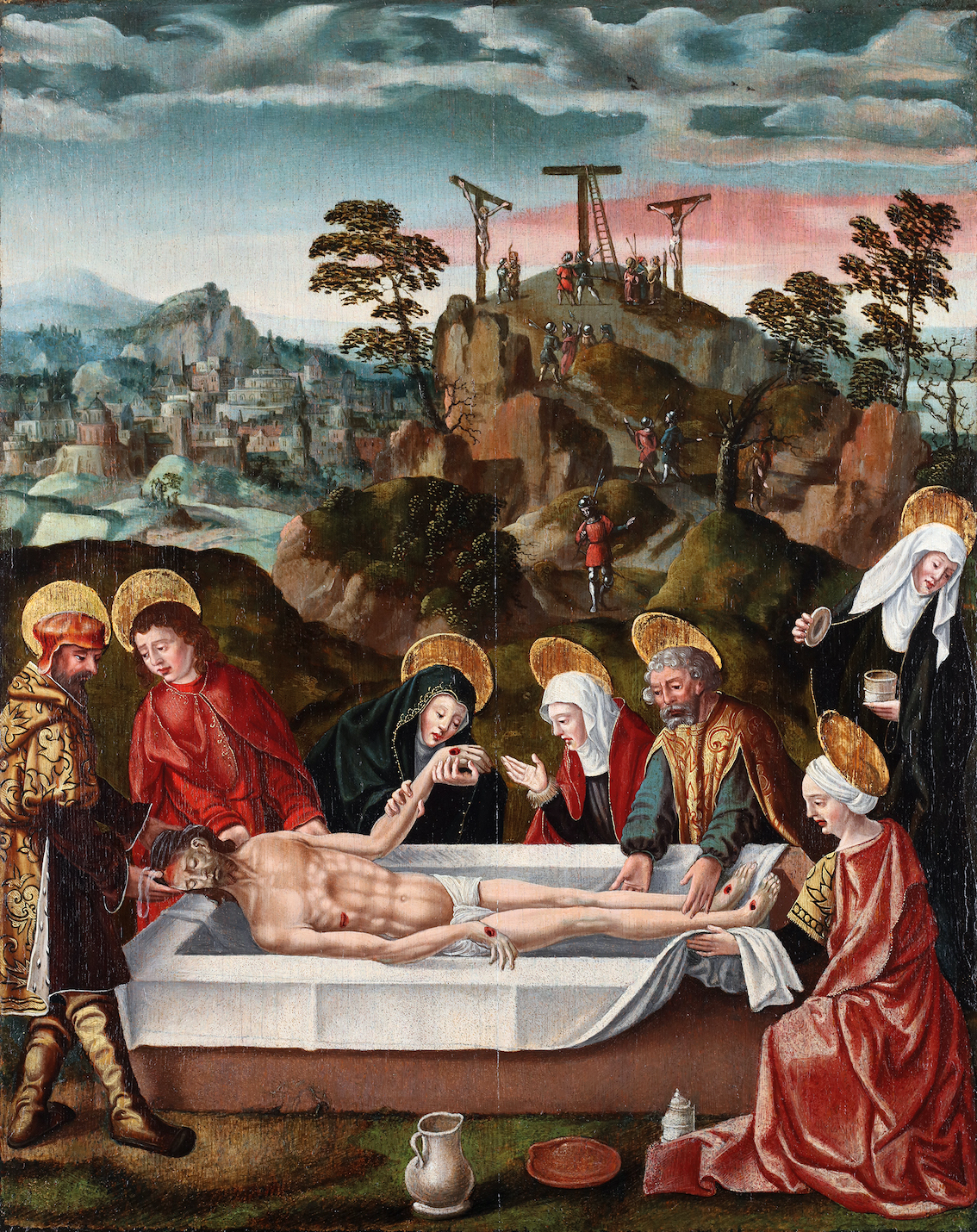 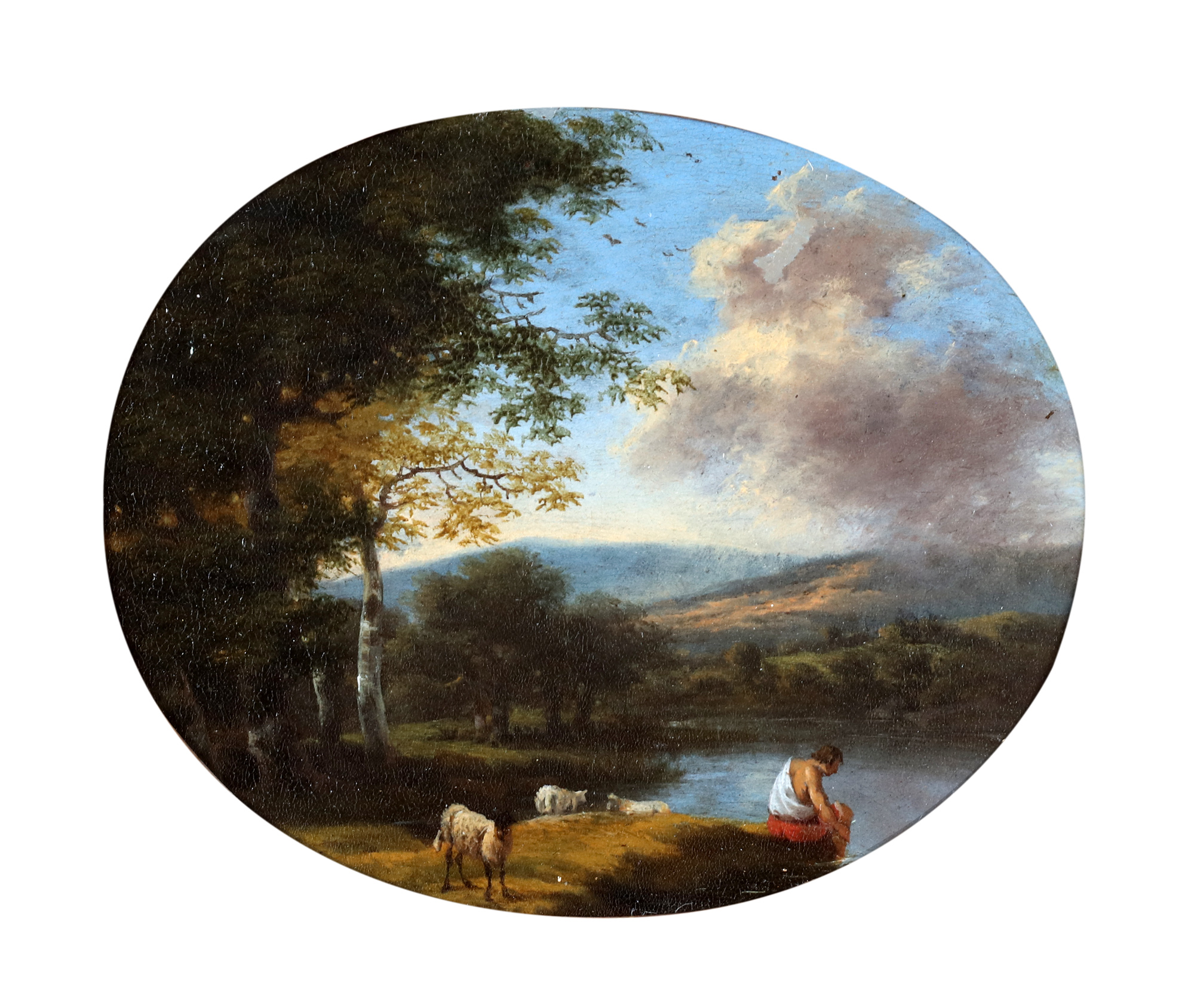 Shepherd taking a rest near the water, while his flock is grazing 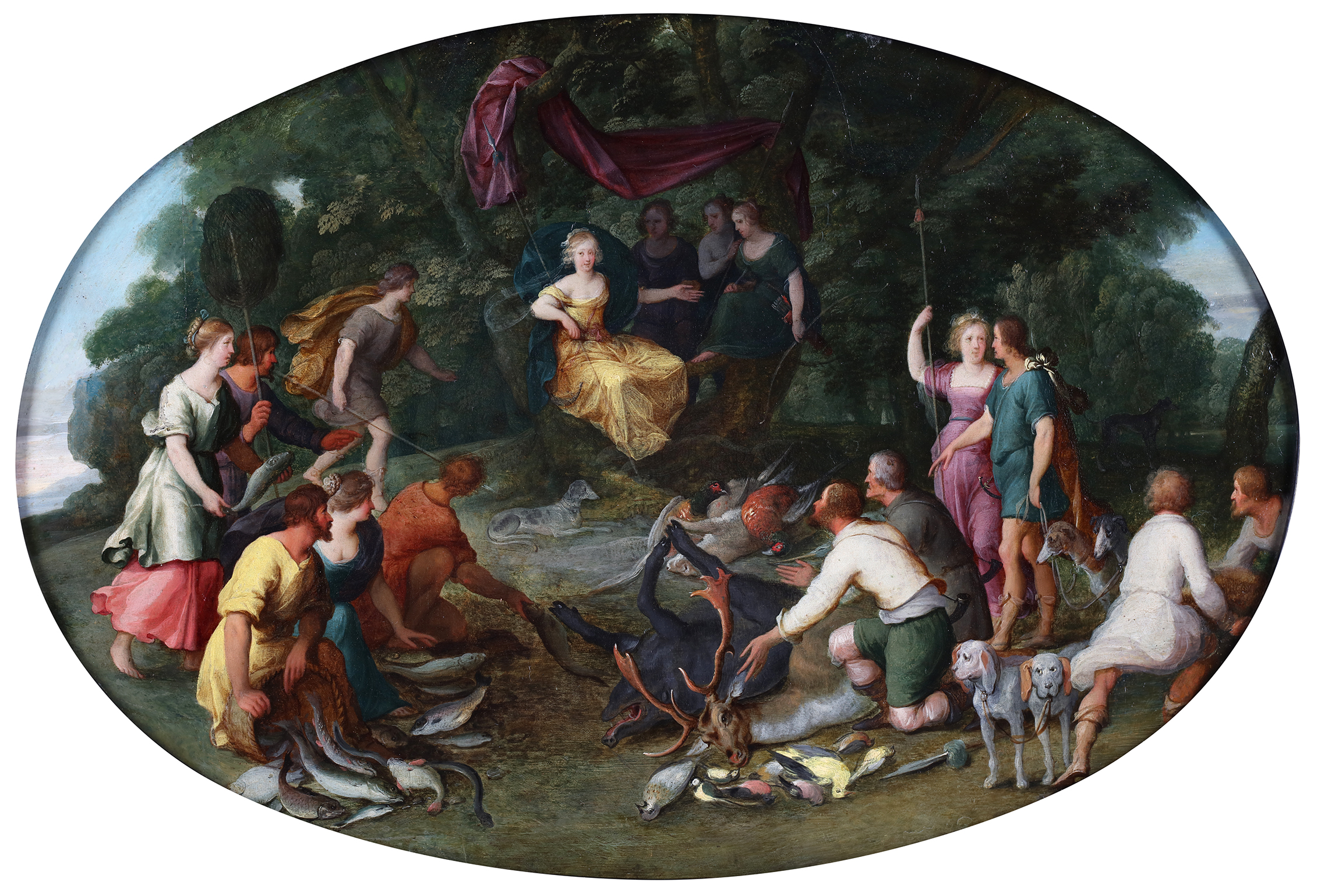 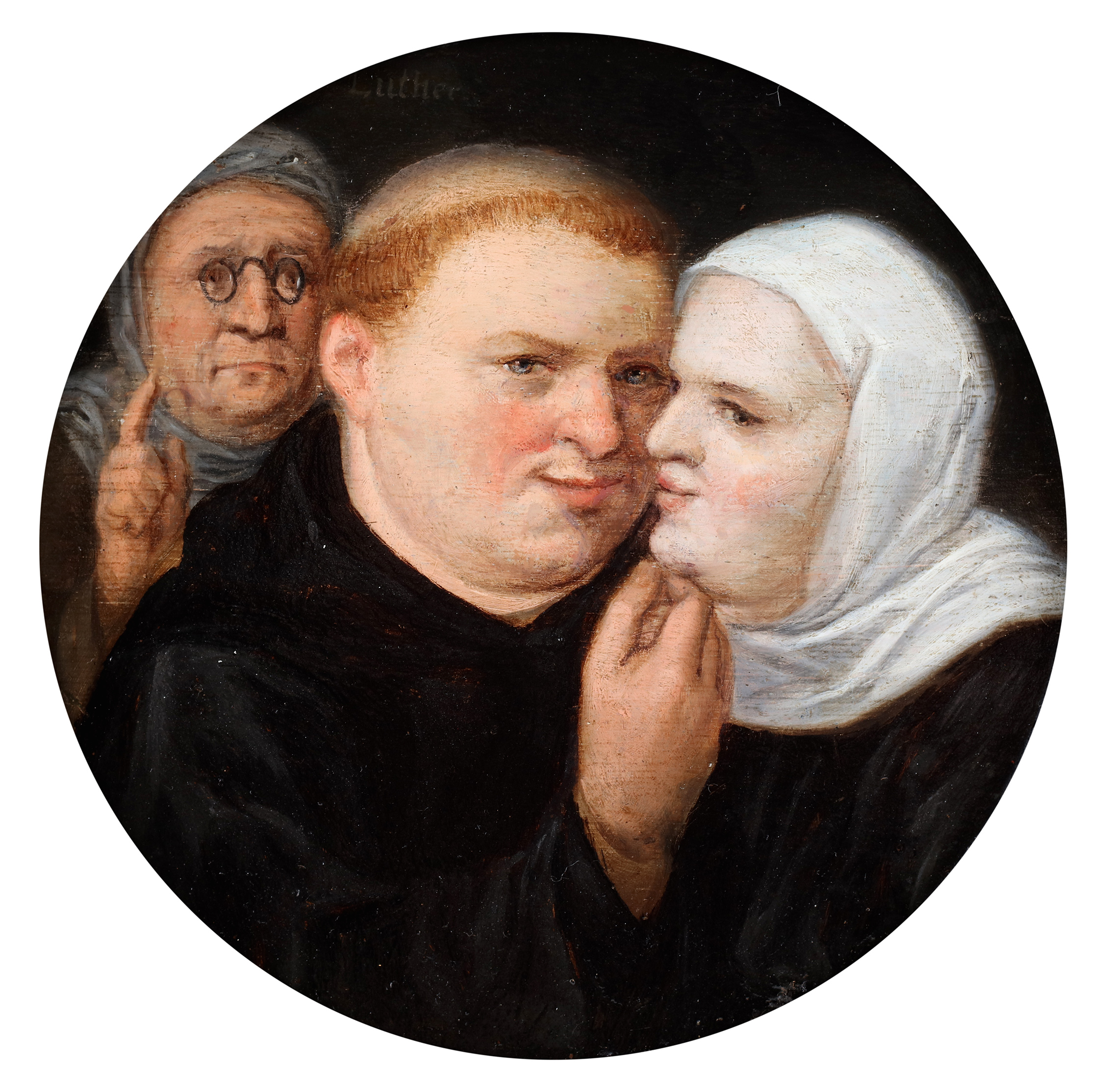 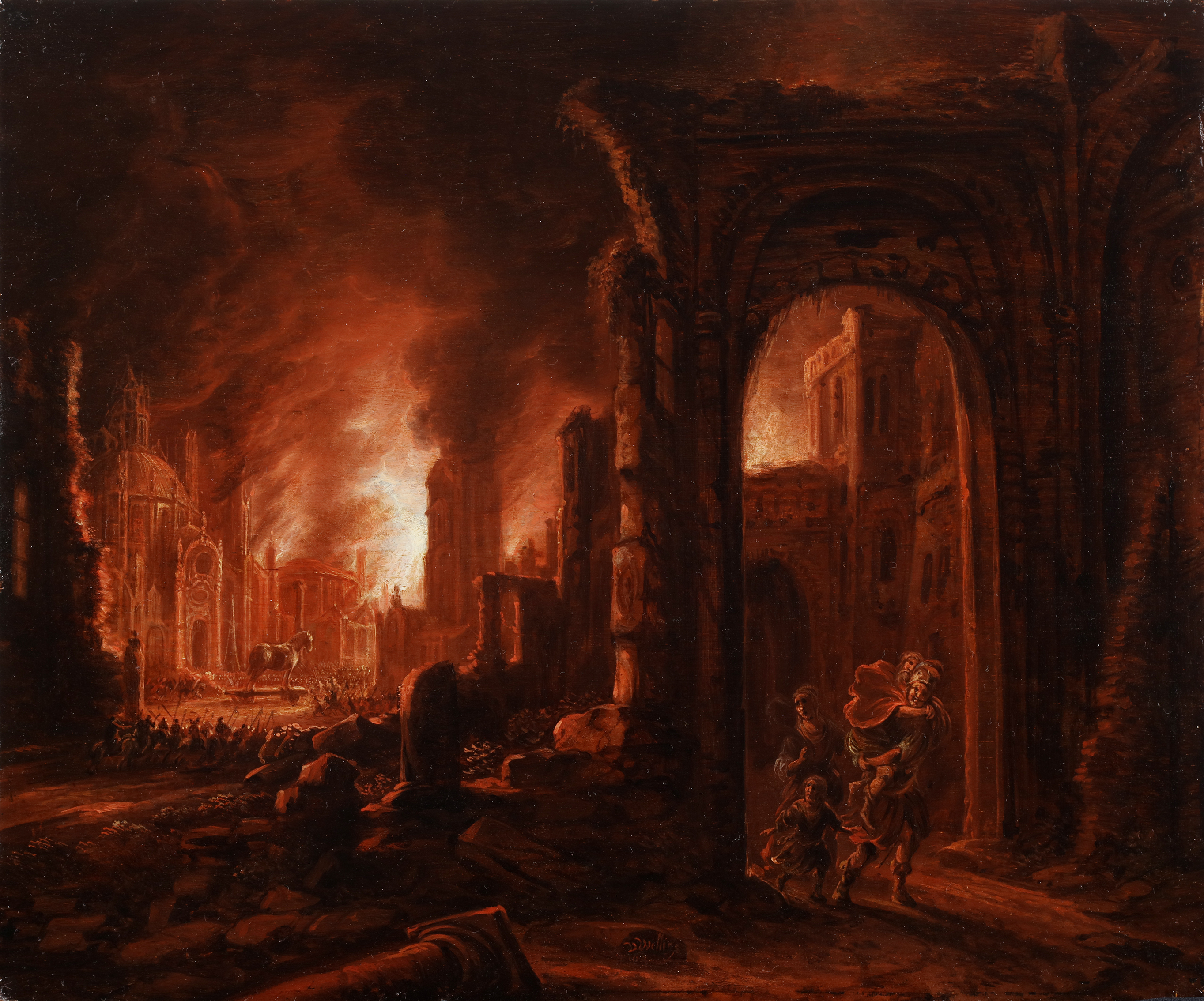 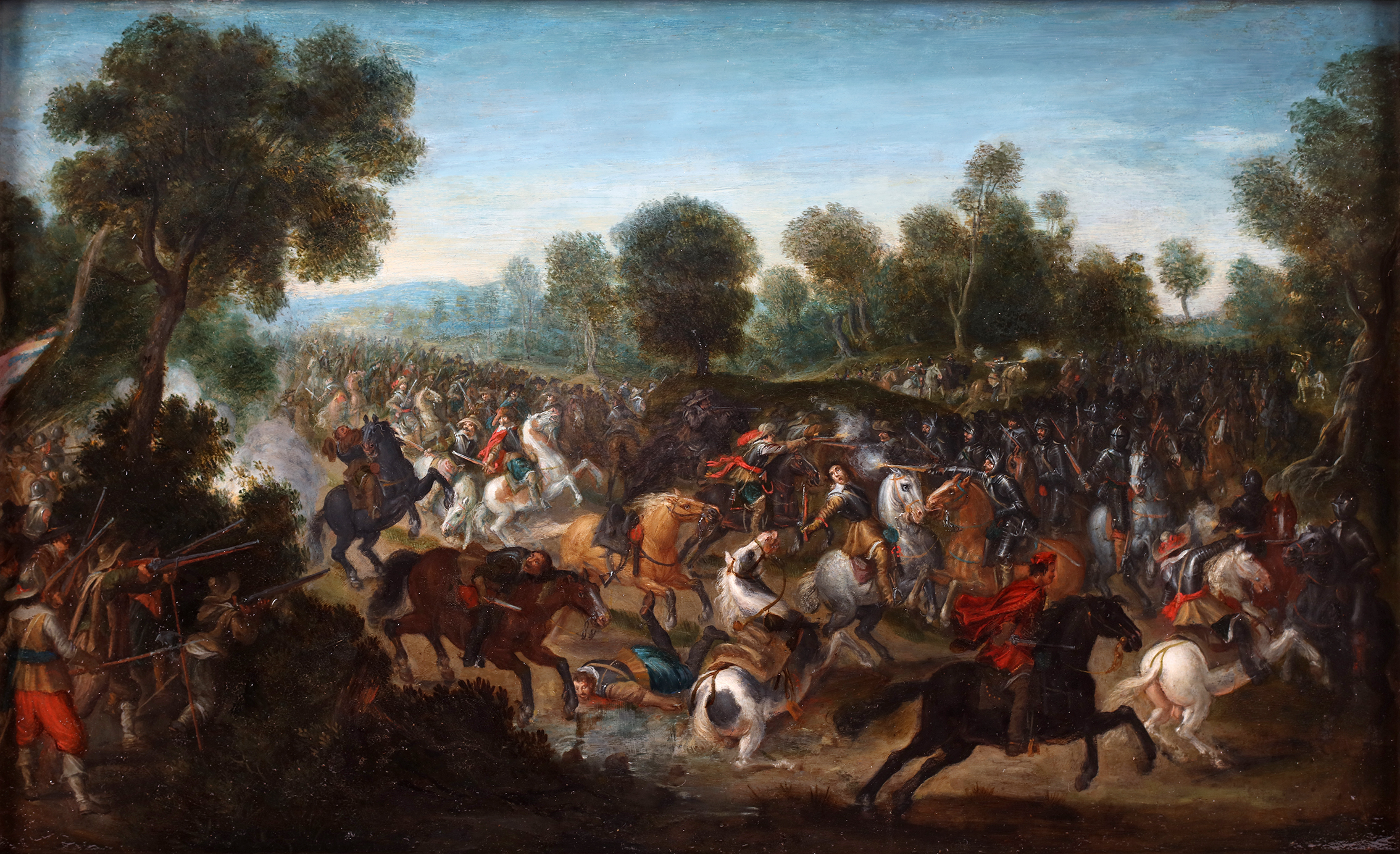