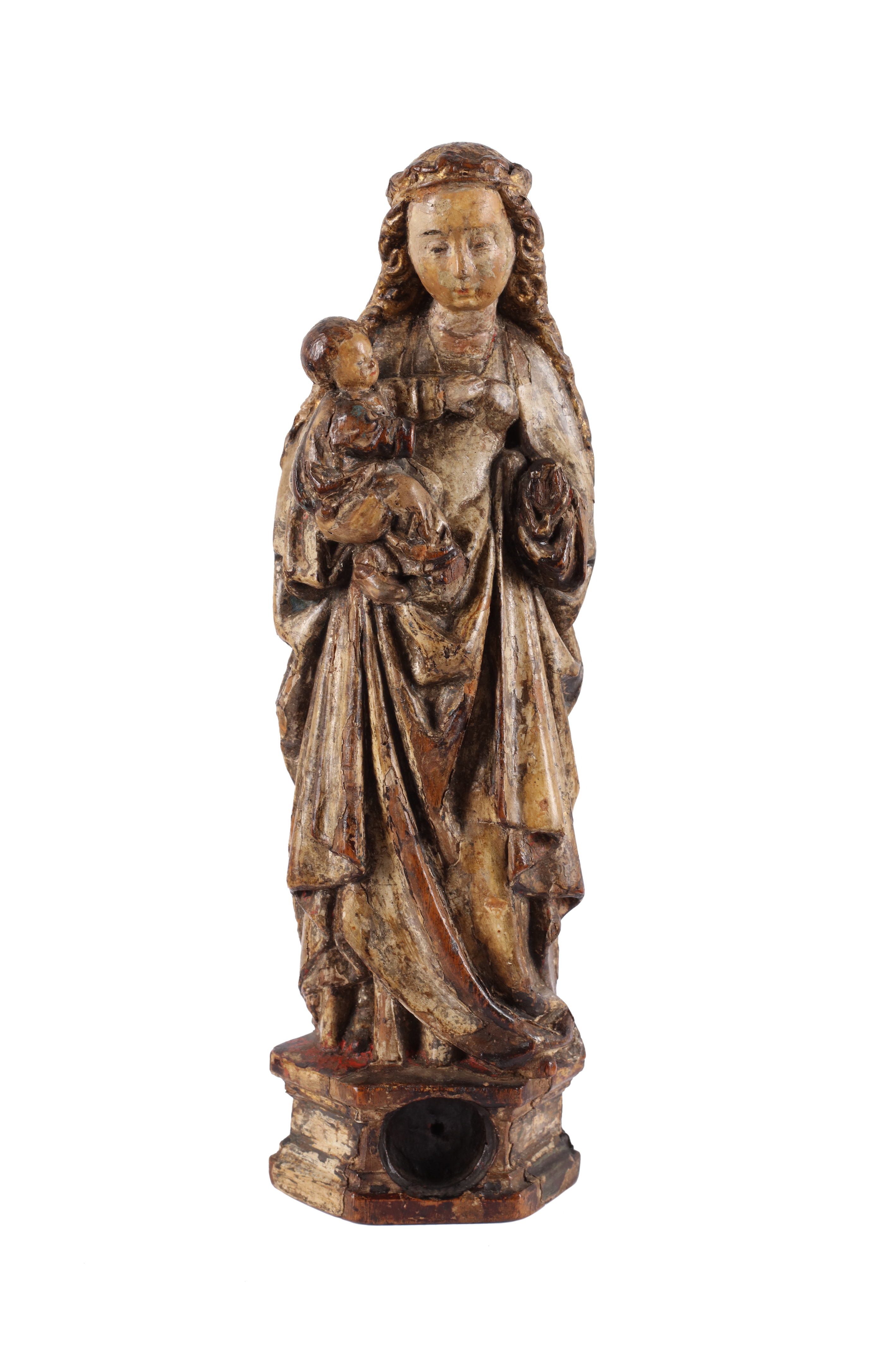 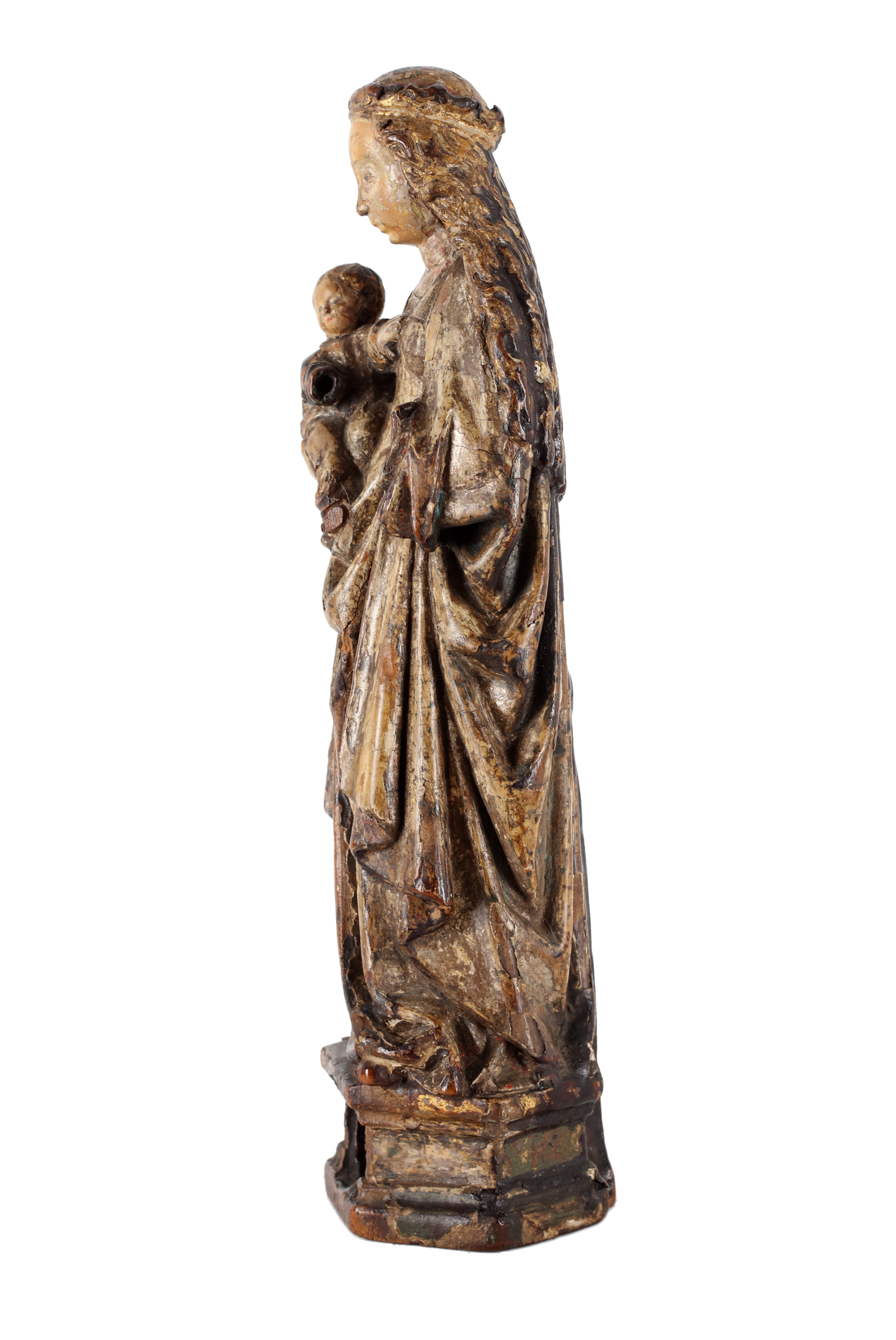 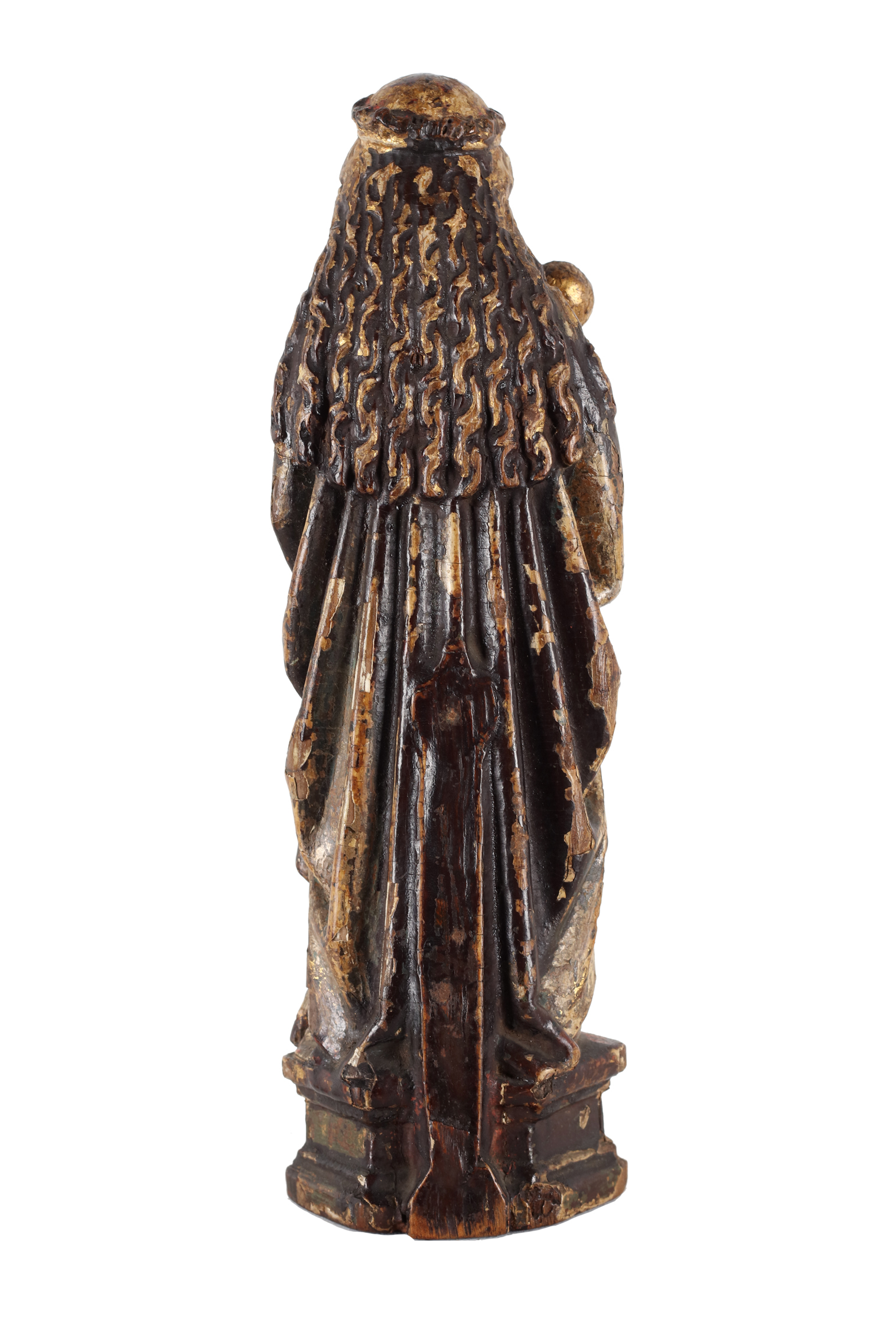 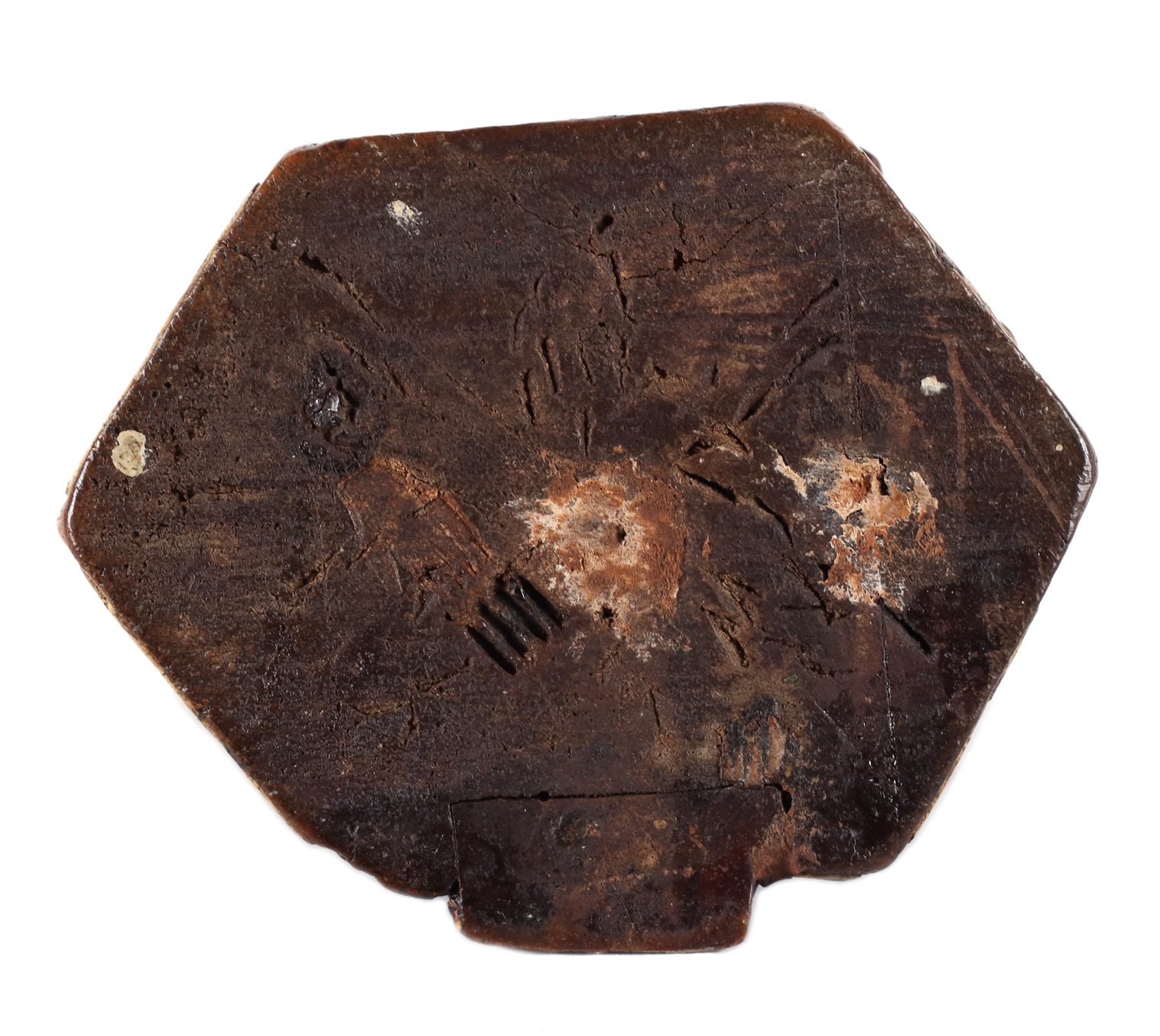 A rare relic figurine of the Virgin and Child.

Carved in full round and with integral base.

At the front of the base a round hole to hold relics.

Also marked with a hand, but this is probably of later date.

Full round sculpted statues of the Virgin and Child are quite rare in Mechelen, mostly these have a flattened back and separate oakwood bases.

The relic base underneath is also unusual. On the back of the statue we see a flat wooden stick at half height, probably this is flattened later on, most likely it used to be some sort of a handle as we see on paxes.

We like to thank Michael Rief of the Suermondt-Ludwig-Museum in Aachen for this advise.